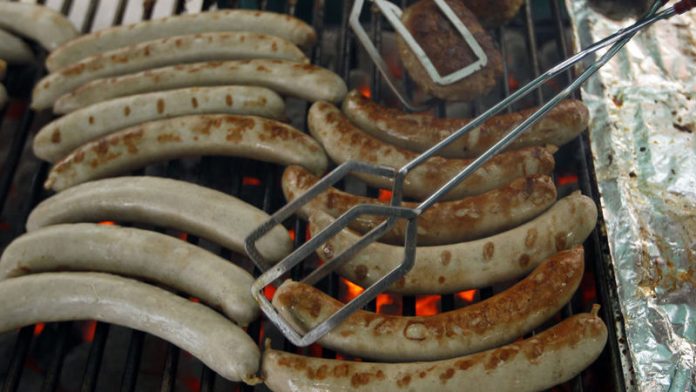 Apparently the tension between culture and commerce is strong in this country. The ANC's former chief whip Mathole Motshekga for one is upset about it.

"Heritage Day is becoming like Christmas day: we buy clothes, meat and alcohol, then invite friends over for a jolly good time," Motshekga said earlier this week.

"The government is trying to give people the space to define for themselves who they are, what their heritage is and where they are going. This was done in an effort to bring dignity to who our people are. It will really be a sad day if braaing one day becomes more important than celebrating our heritage."

Motshekga, it seems, is convinced that South Africans don't share in each other's cultures outside of the state mandated day. Has he really never been invited to a wedding by a friend from a different cultural background, partaken in a tray of post-Diwali goodies at the office or attended a bris?

To be honest, this constant moaning about Heritage Day is getting a bit stale. It's been going on ever since 2007 when South Africans were first urged to throw some meat on the coals to celebrate the day.

But it's a bit rich to ask people whether they understand the true value of a public holiday, which was declared less than 20 years ago and only included in the list after the Inkatha Freedom Party objected to it being left out. September 24 was originally celebrated as Shaka Day in KwaZulu-Natal, to commemorate the life of the Zulu king.

The problem in South Africa is that we're too dedicated to navel-gazing. It seems all our public holidays are dedicated to political events on the road to democracy – Human Rights Day commemorates the Sharpeville Massacre, Freedom Day, which celebrates the first free and fair elections, Youth Day marks the Soweto student uprising, and so it goes.

That's all fair and well. I'd take a holiday over no holiday any day. But if you're going to require that people take these things seriously, at least let that mean more than reading op-eds and attending boring speeches by aged politicians. So if somebody suggests that I could spend the day having a braai with my nearest and dearest, who am I to argue? Mathole Motshekga is certainly not offering up any helpful ideas on how to celebrate the day.

Heritage Day, we're told, seeks to recognise "aspects of South African culture, which are both tangible and difficult to pin down: creative expression, our historical inheritance, language, the food we eat as well as the land in which we live".

Government rallies are a dime a dozen on the day and museums and parks are open – free to the public, we're told. People are invited to explore their common heritage; all good and well if you're the hiking, picnicking, museum-going, rally-attending type and you happen to have those things in your town. (What, you think everyone lives in the city?) Just don't try that stuff with a cranky toddler in tow.

Other than this, nobody outside of the folks behind National Braai Day has actually volunteered any helpful hints on how they think we should be celebrating the day.

The British have altogether dispensed with fancy names for their holidays, declaring instead a series of "bank holidays". Having royalty of course means sometimes you get a few extra days thrown in. The queen's Diamond Jubilee was celebrated with a day off and, following some gentle suggestion from the powers that be, a proliferation of blue and red bunting and traditional street parties featuring quintessential British food.

Americans have a set of public holidays with which South Africans are intimately familiar, thanks to the power of film. Independence Day on July 4 is synonymous with fireworks and that Will Smith film. Thanksgiving is all about turkeys and pie.

But when it comes to South Africa, we're still stuck in political rally mode. And just you try to pin down exactly what constitutes traditional South African food. A braai – or shisa nyama if you like – is about as close as you'll get.

I'd take a street party, some fireworks and a generous helping of pumpkin pie over a trip to the museum or a tedious political rally any day, especially now that there are tots involved.

I didn't originally plan anything for Heritage Day. Having not had the foresight to take the Monday off and get a four-day weekend getaway, I was just happy to have a four day week. My plans went as far as sleeping in, lounging about in my pyjamas and then making either a trip to the mall or to the park to feed the ducks (tots, remember?) – the same as on any other public holiday. But lounging in the garden with friends and family, eating gooey, roasted marshmallows off a stick and feeding them to the kids for the first time sounds infinitely better. I could build a tradition around that.

This year government is holding Heritage Day celebrations under the theme "reclaiming, restoring and celebrating our living heritage". When I read that it makes me think I need to sit down with my granny and have a cup of tea and a chat about the good old days as well as the bad old days. Alas, neither of my grannies are alive today but if they were, I'm pretty sure they would be at my braai.

So, how do you celebrate Heritage Day?