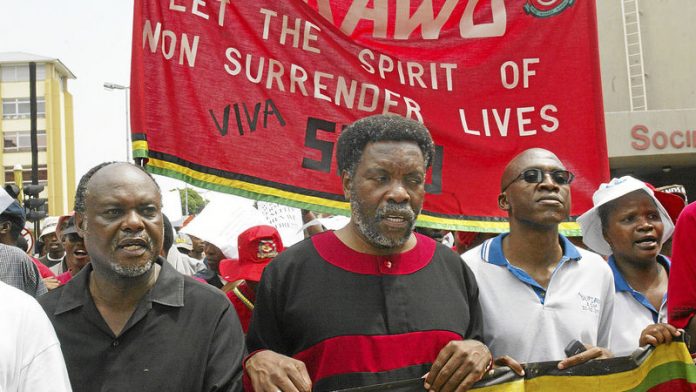 Swaziland's leadership may not have changed after last week's elections but there are many new faces in the country's Parliament perhaps offering some hope for potential reform, even if it is not the radical overhaul demanded by pro-democracy campaigners.

King Mswati III continues as the absolute monarch who can veto Parliament and write and reject laws as he sees fit, but he will do so with an almost entirely new government after three quarters of MPs who stood in last week's election failed to retain their seats.

Five former Cabinet ministers failed to pass beyond the primary vote and of the eight that stood as constituency candidates, only two made it though, ensuring that the new government, once it is appointed by the king, will look very different.

Jan Sithole, who beat one-time tourism minister Macford Sibandze to win Manzini North, is one of the more notable new faces. The respected labour veteran, who leads the Swaziland Democratic Party but who stood as an individual for the election because political parties are not allowed under the country's Constitution, has said he will take his fight from the picket line to the policy table.

Alex Vines, of the London think tank, Chatham House, which earlier this month published a detailed diagnosis of Swaziland's failing economy, told the Mail & Guardian that the election of people like Sithole was significant.

"As well as Jan Sithole, you have at least 10 other MPs who are ambitious and potential change agents and so it will be interesting to see how things develop," he said.

"The key issue is who the king chooses to be prime minister. It is something he is going to have think very deeply about, but I would say this is an interesting time for Swaziland; the country is entering into uncharted territory."

Those named for the Cabinet will have a tough job on their hands – the country's economy is in the doldrums and one in four people in Swaziland have HIV, the highest rate in the world.

However, Mario Masuku, president of the main opposition group, the People's United Democratic Movement (Pudemo), which as well as being disallowed by law is also proscribed by terror legislation, does not agree reform is possible without a radical overhaul of the system.

Pudemo and several other opposition parties and civil society groups boycotted the poll and have accused people like Sithole of abandoning their principles and entering Parliament for financial gain.

"These so-called progressives were once campaigning against this regime. Now they have got into bed with it," Masuku said. "This election was nothing but a farce. What this country needs is a full democratic election and the unbanning of political parties so we can create an even political playing field."

Following the vote, the Southern African Development Community (SADC), which sent a team of 90 observers to Swaziland, issued a bland statement. It noted several concerns raised before and during voting but said it had "come to the conclusion that, although some of the concerns raised are pertinent, they are nevertheless not of such magnitude as to affect the overall electoral process".

But the African Union (AU) mission was more outspoken. It said the disallowing of political parties in the electoral process means the  rights regarding association and assembly, which are guaranteed in Swaziland's Constitution, were not "fully enjoyed".

It urged the government to review its Constitution to bring it in line with international principles for free and fair elections and participation, specifically regarding the Organisation of African Unity (OAU)/AU Durban Declaration on the Principles Governing Democratic Elections in Africa.

It will be some weeks before either mission publishes its full report, by which time Mswati, who recently took his 14th wife, will have appointed his Cabinet and prime minister.

Although the results are now official, no numbers were available for turnout – which one royal-linked newspaper claimed was nearly 100% – to be able to gauge the impact of the boycott campaign.

Sabelo Dlamini, a spokesperson for the Electoral Boundaries Commission, said the number of actual votes cast was still being "tallied". He denied this was unusual or irregular and said: "This information is still being compiled and we will publish it as soon as we know."