The 1980s want their cops back 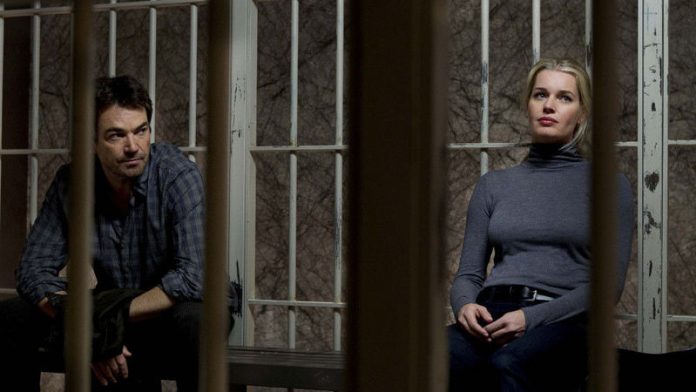 TELEVISION
The evolution of television crime dramas is one of the great, underappreciated cultural trends of the past two decades. Back in the 1980s, TV cop shows adhered to a rigid formula. There were always two partners, who solved one case a week while dealing with a minor, comedic B-plot in the background.

Eventually, we ended up at the place we are today, where we can enjoy narrative tours de force such as The Killing, Breaking Bad and many others.

But maybe you don't like all this newfangled complexity. Perhaps you find multilayered plotlines confusing. Or maybe you're just not satisfied with anything less than stark, black-and-white morality. In which case, allow me to suggest King & Maxwell.

The drama is based on a series of crime novels by David Baldacci. I've been told the books are quite good, but the television adaptation is so unapologetically old-fashioned, you may wonder whether you stumbled on to a Silk Stalkings rerun.

Like TV cop shows of yore, it's about two partners who solve crimes together. In this case, a man and a woman: Sean King (Jon Tenney) and Michelle Maxwell (Rebecca Romijn). The central conceit here is that King and Maxwell are not police officers, they're private investigators who used to be in the Secret Service.

They were forced to leave the Secret Service because they failed their respective assignments; especially King, who allowed a presidential candidate to be assassinated. (All of this is explained in the first episode, by means of heavy-handed expository dialogue.)

This back story is supposed to add some novelty to the formula, but it scarcely makes any difference. As King and Maxwell aren't cops, it seems safe to assume that neither of them will ever be ordered to turn in their gun and their badge. But in other respects, the series runs the full gamut of police-show clichés.

Stop me if you've heard any of this before: the lead characters are mavericks. They don't play by the rules. They chase down criminals in back alleyways, dodge bullets from mysterious shooters and engage in turf wars with the FBI. They even have a computer-hacking savant for a sidekick.

There's also an underlying romantic subplot, which serves as another example of the show's strict adherence to convention. For decades, it has been almost compulsory that any television series with male and female co-leads must attempt to build tension by making the audience wonder when they're going to hook up. King & Maxwell is no exception.

The writers, perhaps aware that this "will-they-or-won't-they?" sexual dynamic is rather played out, have attempted to spice things up by gently subverting gender norms.

Thus Romijn's character is an action girl who metes out violence to bad guys, and Tenney's character is less physical and more cerebral — he has a habit of forgetting his gun and having to talk his way out of trouble. But even when the series tries to be subversive, it does so in a safe, nonthreatening sort of way.

What makes this especially frustrating is the fact that Tenney and Romijn are appealing and capable actors. However, there is simply nothing they can do with the material they've been given. Tasked with reeling off terrible lines of dialogue and acting out absurd plot points, there isn't much they can do to make this series believable or ?interesting.

Ultimately, King & Maxwell has value mostly as a kind of historical re-enactment, serving as a vivid demonstration of how far the rest of the genre has advanced.

King & Maxwell airs on Wednesdays at 7.30pm on M-Net