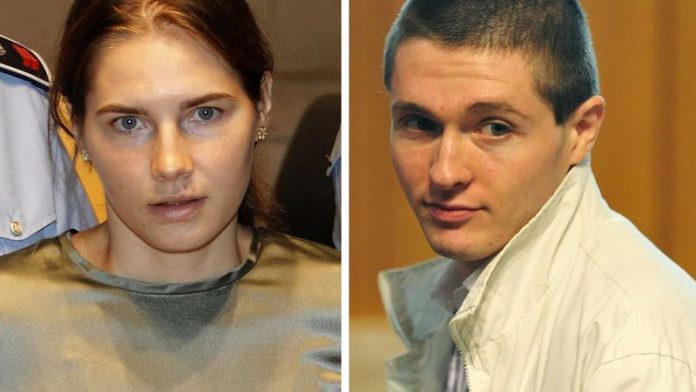 The knife alleged to have been used to kill British exchange student Meredith Kercher in 2007 will undergo additional DNA testing after an Italian court granted the request on the first day of Amanda Knox's second appeal against her murder conviction.

The Seattle-based student, now 26, was not present at the opening of the new trial, at which her former Italian boyfriend Raffaele Sollecito (29) is also fighting to clear his name.

They are not compelled to attend the proceedings. Both insist that they are innocent and that their first-grade convictions, handed down in 2009, were wrongful.

Last night, in the first sign of how the new court may approach the long-running case, the lead judge, Alessandro Nencini, said he had accepted a request to run tests on a tiny, previously unexamined DNA trace on the knife alleged to have been used to murder Kercher. The trace had been ignored before because it was thought too small to be of use.

The court accepted another request to re-hear testimony from a prisoner serving time for mafia crimes who accused his brother of the murder and later retracted the allegation.

But, in a blow for Knox and Sollecito, the court rejected almost all their lawyers' requests for further evidence or testimony. For instance, the court said it would not analyse semen stains at the crime scene.

Before the trial, Francesco Sollecito, Raffaele's father, told the Guardian he was hoping the court would reopen the case by "360 degrees". On Monday night he said that, although he was disappointed the court had rejected most of the defence requests, he was "quite satisfied" with its decisions.

A reduced 16-year sentence
Not long into her year abroad in the central Italian town of Perugia, Kercher, a 21-year-old Leeds University student from Coulsden, Surrey, was found dead in her bedroom in a pool of blood.

Soon after, her American flatmate Knox and Sollecito, Knox's then boyfriend of less than a fortnight, were placed in preventative detention and were eventually charged and convicted of Kercher's murder.

In 2011, after four years behind bars, the pair were dramatically cleared on appeal, only for Italy's Supreme Court to overturn those acquittals in March and order a fresh appeal to be heard due to "numerous deficiencies [and] contradictions" in the first.

One of the points on which the court of cassation criticised the lower court was for not having ordered tests on the third trace of DNA identified but not examined on the knife.

None of Kercher's relatives attended the proceedings on Monday. But, outside the Florence court the family lawyer, Francesca Maresca, said: "We are still convinced of the presence of all three of the defendants at the scene of the crime."

A third man, Rudy Guede, from Côte d'Ivoire, is serving a reduced 16-year sentence for the murder.

'Not a trace' of Knox
Earlier in the day, Giulia Bongiorno, Sollecito's defence lawyer, told the court there was "not a trace" of Knox in the room in which Kercher was found dead.

"How is it possible to find enormous quantities of traces of Guede and not a trace of Amanda?" she asked the court.

The defence believes the only trace of Sollecito's DNA found at the scene – on a bra clasp retrieved for testing more than 40 days after the murder – was due to contamination and should not be admitted as evidence.

Patrick Lumumba, the Congolese bar owner who was wrongfully accused by Knox of having murdered Kercher, was admitted as a civil plaintiff in the trial. His lawyer said he was owed more than €100 000 in legal fees from the affair.

Lumumba said Knox's false accusation had ruined his business and made him "the second victim" of Kercher's killing. In its judgment in March, the supreme court upheld Knox's conviction for slander.

He told reporters: "I say the same thing I said six years ago. I think she is guilty, and that is why she slandered me." – © Guardian News and Media 2013

Amanda Knox: What’s in a face?

Amanda Knox was jailed to ‘save face’