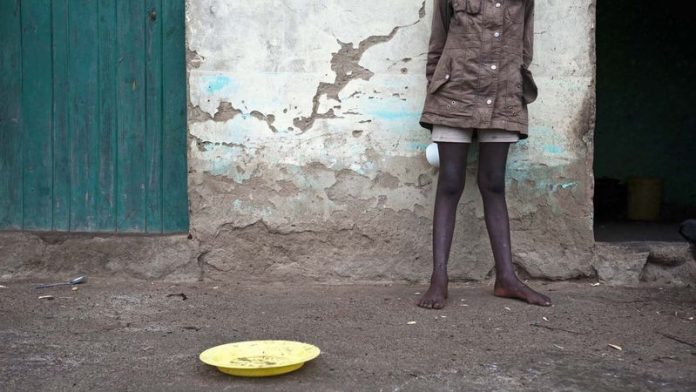 Despite economic growth, there has been virtually no change in poverty levels in Africa over the last 10 years – and South Africa is no exception.

The survey, by the independent research project Afrobarometer, found that despite projections of declining poverty rates derived from official gross domestic product (GDP) rates, poverty is pervasive on the continent. Researchers said this suggests either that the effects of growth are not trickling down to the poorest people, or that actual growth rates may not match those being reported.

The survey, which involved over 50 000 people across 34 countries, found that one in five Africans still suffer from frequent shortages of food, water, medical care and cash, or what researchers refer to as "lived poverty". Half the people on the continent experience occasional shortages. People in east and west Africa experienced the most shortages, while those in north Africa experienced the least.

Robert Mattes, co-director of Afrobarometer, said that while Africa was the fastest growing region in the world, over the last year no systematic effects in terms of overcoming poverty were being seen. "This raises questions about how that growth is used," he said.

Mattes said the survey showed that, in the past decade, poverty had only come down "very, very slightly". "There's not been much to speak of in terms of success in this area," he said.

The big question, Mattes said, was what had happened with regards to lived poverty over time. The report found that there had been an increase in what it called "lived poverty" in some countries, including South Africa and Botswana, over the past 10 years.

"This may surprise people because these are two of the most wealthy countries on the continent," said Mattes.

Afrobarometer's Lived Poverty Index (LPI) rates access to basic necessities such as water, food, medical care and cash on a scale of zero to four with zero being no poverty and four being the absence of all basic necessities or complete poverty.

For South Africa, the increase in poverty levels over the past decade was a slight one – from 0.71 to 0.81 – but it was still significant, researchers said, as South Africa had enjoyed a similar rate of economic growth compared to countries that had seen a decrease in poverty. Between 2002 and 2012, South Africa saw a 3.6% growth rate annually, yet it was listed only sixth on Afrobarometer's LPI.

Race and poverty
Researchers found tremendous racial differences when it came to the experiences of lived poverty among South Africans. When the data was broken down according to race, it was found that for black South Africans, particularly rural black South Africans, rates of poverty were more similar to countries like Malawi and Botswana. Malawi is listed 18th on the LPI.

The two strongest indicators for alleviating poverty were the degree of formal education that a person had and whether or not there were social services in the area where a person lived.

"Simply building state services and putting in state infrastructure seems to be a very quick, effective way of bringing down poverty," said Mattes.

But while strong changes had been seen in South Africa over time in terms of infrastructure development, the country had not reaped the benefits in terms of poverty alleviation as employment rates had not improved he said. HIV and Aids also had an effect on poverty levels, he said.

South Africa's unemployment rate currently stands at an estimated 25% while HIV prevalence is estimated at around 10%.

Mattes warned that service and welfare provision was "at best holding at bay the problem of unemployment"; the state's infrastructure and social grant rollout had only ameliorated the effects of unemployment and Aids, but not alleviated them.

Another factor that could be impacting on South Africa's ability to lower poverty levels was the degree of democratic freedom in the country, he said.

Political freedom
Research has repeatedly shown that democratic countries have an advantage when it comes to development, and that the degree of democracy available to citizens also matters. However, independent watchdog organisation Freedom House has noted declines in political freedoms in the country over the past two years.

"South Africa has come down on at least a half point on the Freedom House scale in the last year, so has Botswana, simply on basis of one party dominance, the degree of corruption … and the degree to which poor people can access [political mechanisms]," he said.

"We've seen it’s possible to grow and not to alter poverty very significantly. The focus should be much more significantly on redistribution [rather than on] what happens to growth … and that takes us to the role of government in making macro-economic growth count in the lives of the poor," she said.

Following the release of the survey, DA's spokesperson on economic development Kenneth Mubu said he would again call for an urgent parliamentary debate on the president's handling of the economy.

"The DA has repeatedly requested a debate in Parliament on President Jacob Zuma’s handling of the economy. Our requests have been denied by the speaker on the basis that he did not believe that the subject is of 'immediate concern'," said Mubu.

"Today [Wednesday], with the findings of the Afrobarometer study showing that South Africans are getting poorer and with more and more young people struggling to find jobs, the DA will reiterate its call for an urgent parliamentary debate."

Zambians go to elections amid turmoil. What’s at stake