Silicosis claims and the gold mines: To settle or not? 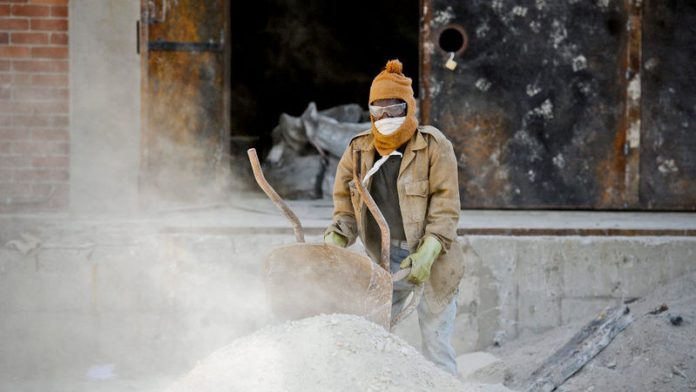 Despite being a landmark case, the confidential nature of a recent settlement between Anglo American and silicosis sufferers means there is little legal precedent for future cases, at least in terms of financial compensation.

But the agreement has other implications: as the number of silicosis damages claims against the gold mining industry piles up, and in the face of a looming class action suit, out-of-court settlements could become the norm as mining companies try to avoid bank-breaking court rulings.

In the weeks to follow, the high court in Johannesburg will decide whether to collate three class action claims against 30 of South Africa's gold mines.

This comes on the back of a landmark settlement between Anglo American and 23 silicosis sufferers, seven of whom died waiting for the case to be finalised. Their claim was instituted in 2004 and was due to go to arbitration in 2014.

The settlement is part of several so-called "test cases" underway on behalf of silicosis-suffering miners. They are represented by the Legal Resources Centre and UK-based law firm, Leigh Day, with funding from Legal Aid South Africa.

The miners in the class action suits are being represented by the Legal Resources Centre, Abrahams Kiewietz Incorporated and Richard Spoor Attorneys.

The teams estimate that, if the application to consolidate the claims is successful, "conservatively" between 100 000 and 200 000 miners could be involved.

Separately, at least 60 individual silicosis claims are pending against large gold mining companies. One instance involves a 35-year-old miner whose silicosis is so advanced he was forced into early retirement. He is suing two mining companies for R25-million.

Described by lawyers as "extremely skilled", the machine operator worked at the two companies for a total of 12 years. He was forced to turn down a job on a gold mine in Tanzania because of his disease, essentially losing 20 years of work. This job would have earned him more than R1-million per annum.

A lawyer close to the class action suit told the Mail & Guardian the mining industry cannot afford to lose even one such individual case – a ruling in open court would set a precedent for the silicosis litigation that would cost it billions.

This leaves the industry with a conundrum: to defend itself in each of the individual claims and risk the snow-ball effect that would inevitably follow if it loses, or capitulate and settle these cases before they get to court.

Of the R25-million case, the lawyer said, "Once you start losing on the individual cases, you're finished. The mining industry can't afford to lose that case. I'm pretty sure that it will never go to court. They'll put an offer on the table."

The lawyer said: "This kind of litigation takes place in a kind of social context where the [mining] industry is racking its brains on how to resolve this."

To add to the dilemma confronting the industry, of whether to settle or risk litigation in court, and assuming the high court agrees to certify the class action, several legal issues will need to be resolved. The first is the issue of strict liability or whether a mining company is strictly responsible for how miners suffer.

At the heart of this is causation. It may be easier to determine that a mine was negligent than proving that their specific negligence necessarily led to a miner's illness.

Secondly, the courts will have to decide whether mining companies can be held liable for the alleged negligent acts of their subsidiaries.

A third issue is whether miners who have silicosis can seek damages for complications arising from the illness, such as tuberculosis.

A lawyer with knowledge of the legal strategy in the class action suit told the M&G that the medical link between silicosis and tuberculosis is already established.

'Similar' argument
​The strategy involves making a "similar" argument to that which was made during Lee versus the minister of correctional services.

In that case, the Constitutional Court found that the Supreme Court of Appeal had erred in asking the complainant, Dudley Lee, to prove why and how the state was responsible for contracting TB while awaiting trial in prison, in order to hold the state liable for his illness.

"In the Lee case, the court found that while TB was caused by a 'gogga', the patient would not have contracted it but for the negligence of the prison authorities. We're making a similar case, here."

If the lawyers can prove this culpability on the part of the mining companies, it will have "huge" ramifications in terms of damages, the team believes. This is because many of the miners suffer from additional complications arising from their silicosis.

Lastly, the apportionment of liability will have to be determined. Many workers in the class suit have worked at more than one mine during their working lives.

In some cases, the second company no longer exists. The court will have to decide whether it views this as two separate injuries or a single injury caused by two independent wrongdoers.

Lawyers said this point is likely to push mining companies to settle – taking responsibility for their own contribution to a miner's health is one thing; taking on responsibility for subsidiaries that no longer exist may be a concession the industry cannot afford to make.