World temperatures to increase by 2°C by 2080 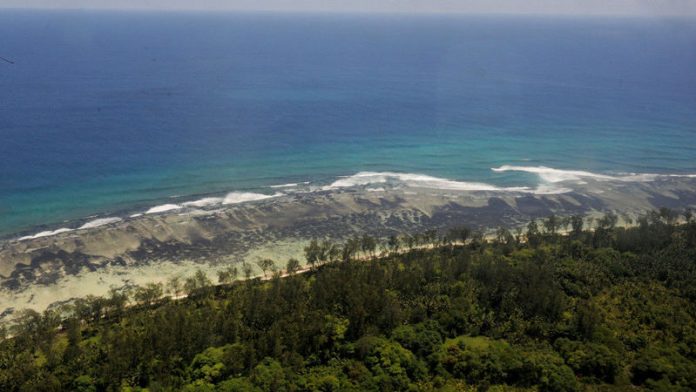 On Monday, the fifth climate change report by the International Panel on Climate Change was released. The 2 216 pages by the UN body use dry language and paragraphs laden with jargon to describe a world that is changing. The report says the earth has been changing for the last few decades, thanks to human activity. It is the most comprehensive report ever made dealing with climate change.

It describes a world that will be dramatically different from the relatively benign one we live in now. Everything will be more extreme and humans will have to rapidly adapt to survive – something the poor and already vulnerable will  struggle to do.

But in reality the report is quite conservative. Its final version has to be a consensus, so only statements that are basically impossible to dispute go in. When there is doubt, it says so in the text. After all this, governments have their own questions – 1 855 were received from 32 governments. This means that the whole of last week was spent thrashing out a report that is supported by everyone involved.

The report's big pronouncements are that there is no doubt that humans are driving climate change. It is now "extremely likely", which means more than 95% certain, and as certain as science can be. The other is that global temperature increases can be reined in at 2°C by 2080 if carbon emissions drop now.

Basic science
The basic science is just that, basic. Children learn it at school. The planetary system is powered by solar radiation – with most of this coming from the sun. Half of this is absorbed by the earth's surface, 20% is absorbed into the atmosphere, and 30% is reflected back into space.

This is where the battle is happening, because the system has been in a rough balance for millennia. Now human activity is putting more stuff in the atmosphere and this is reflecting the radiation back to the earth. This is the Greenhouse Effect, and is powered by greenhouse gases like carbon dioxide. Just think of how hot something you leave in a car becomes because the heat gets in but cannot get out.  This makes things warmer. More heat means more warming and more energy, hence the worries about global warming.

The difficulties for the intergovernmental panel in the past have been that the computing power was just not there to predict what effects all this extra energy will have. This is because there is a chain reaction. So while the first impact may be small – like 93% of heat being stored in the oceans – the following ones grow in magnitude: warm oceans expand, which lead to sea levels rising, which then endanger the world's biggest cities which tend to be on coastlines.

The panel's six-yearly reports have always come under intense scrutiny and attack from sceptics and think tanks that tend to be fuelled by the parts of industry that have an interest in fossil fuels. But the reports defends against criticisms of bias: "The distinguishing features of scientific enquiry are the search for truth and the willingness to subject itself to critical re-examination."

This first report deals with the science of what has been observed and what are the predicted changes in the world's climate. Two more will come next year, dealing with how we adapt to the change and what we can do to mitigate it.

Findings
Each of the past three decades have been the warmest on the record, with the last one being the warmest ever. Since 1901 the global temperature has gone up by 0.89°C. Nearly three-quarters of this happened since 1951 – 0.12°C per decade.

Sceptics have attacked the science by saying there has been a "lull" in the rate of warming in the last 15 years. This is around half of the rate of previous decades. But it is still an increase.

With the lull being new, the science to find why it happened is still growing. The hypothesis in the report is that because 93% of energy is stored in the oceans, and they are large and very slow to shift temperature, this has slowed down the rate of change because the oceans are in a historical cooling phase.

Recent volcanic activity has put aerosols in the atmosphere, which have a short-term blocking effect on incoming solar radiation. Large eruptions can cool the planet for an entire decade – like the ones in the early 1980s and 1990s.

The sun is also in the cool phase of its temperature cycle, and La Niña is making the oceans that bit cooler. The problem with this is when things are going the other way – when temperatures continue to increase and there is an El Niño warming the oceans and the sun is in its warm phase.

Oceans are the big worry because a system to monitor them has only been recently installed, so information on how they behave is still new. They also hold energy and change slowly over decades. This means "ocean warming will continue for centuries, even if greenhouse gas emissions are decreased or concentrations kept constant".

The ongoing woes in the Arctic – where record lows in ice coverage are being hit in summer – mean the total ice coverage is decreasing by 4% a decade. Sea ice in the Antarctic has been growing at 1.8% in the last three decades, although its ice sheet is constantly shrinking. The overall mass of glaciers across the globe has also been decreasing.

Closer to home
The difficulty with localising the findings is that most of the scientific institutions are based in the northern hemisphere, and this is where there are long data records. So we know that the last three decades are the warmest period in the last 1 4000 years in the north, but we don't know about the southern hemisphere.

One of the chain reactions of climate change is more water vapour in the atmosphere, thanks to warmer temperatures driving more evaporation. More evaporation will also mean soil moisture decreasing – the report says there could be as much as a quarter less moisture in soil in this region.

Local models before the report have predicted that South Africa will get drier. It is already the 30th driest country in the world. Rainfall will move towards the north-east, making Limpopo, Mpumalanga and KwaZulu-Natal wetter. This rain will fall in shorter and harder spells, making it harder to get in dams and giving it less time to trickle underground.

This entails putting them at the centre of national strategies, but doing it without high CO2 releases
Read more
Analysis

We are understandably focused on this crisis, the Covid-19 pandemic, that is killing people and destroying livelihoods everywhere. But we are losing sight of the other crises that destroy life
Read more
Coronavirus