No more dilly-dallying on the dole 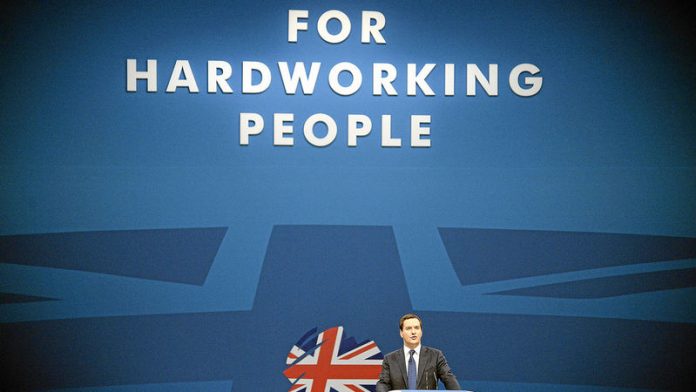 On September 30, Osborne announced a nationwide scheme to force 200 000 ­long-term unemployed benefit claimants to undertake either community work, attend a job centre every day, or go on a full-time intensive programme to tackle the underlying reasons for their failure to find work.

In his set-piece speech to the Tory party conference in Manchester, the finance minister repeatedly warned that the battle to secure Britain's recovery is not yet "even close to being over" — a message designed to remind voters of the risk of returning to Labour.

The £300-million jobs programme, appealing to the electorate's demand for stronger welfare measures, will start in April and will be aimed at 200 000 jobseekers allowance claimants.

Polling suggests there is continued public support for ever tougher welfare crackdowns.

With the Tories trailing in the polls and in need of a strong response to Ed Miliband's populist conference speech last week, strategists have returned to one of their strongest and most familiar policy areas to push the message that they are on the side of hard-working people.

Nothing for nothing
"For the first time, all long-term unemployed people who are capable of work will be required to do something in return for their benefits to help them find work," Osborne said.

"But no one will get something for nothing. Help to work — and in return work for the dole."

It is significant that Osborne is announcing the plan instead of the work and pensions minister, Iain Duncan-Smith.

Reports have suggested that Duncan-Smith and Osborne have clashed over the handling of welfare cuts.

The finance minister reportedly described Duncan-Smith as "thick", an indication of the treasury's ­frustrations with the management of universal credit, the scheme merging a series of tax credits and benefits.

The finance minister has also put himself at odds with the business minister, Vince Cable, by bringing forward plans for a state-backed £12-billion mortgage guarantee scheme, which some Liberal Democrats and economists fear will lead to a debt-fuelled boom based on escalating house prices in southern England.

Cameron not standing back
The three-year scheme, due to start in January, will now begin within days.

Cable was not told of Osborne's decision, although the Liberal Democrat leader, Nick Clegg, was given an advance briefing.

David Cameron explained the decision on the BBC programme The Andrew Marr Show.

Overall, the Tories insisted that they will not try to neuter Miliband's living standards agenda with specific counterschemes to combat rising energy prices but will focus on the return to growth.

Cameron told the BBC: "The only way to sustainably raise living ­standards is to keep the recovery going, and the economy is now moving."

Recovery plan
Osborne made a similar argument in his speech, saying: "If you don't have a credible economic plan, you simply don't have a living standards plan. For we understand that there can be no recovery for all — if there is no recovery at all."

Critics will claim the scheme aimed at those on the work programme for two years is likely to put yet more pressure on work providers and job centre staff as well as meet with resistance from voluntary bodies reluctant to be involved in workfare that takes jobs from the public sector.

The Tories have piloted a community action programme, a six-month scheme of unpaid community work, and Labour has promised a compulsory work scheme, the jobs guarantee for the long-term unemployed.