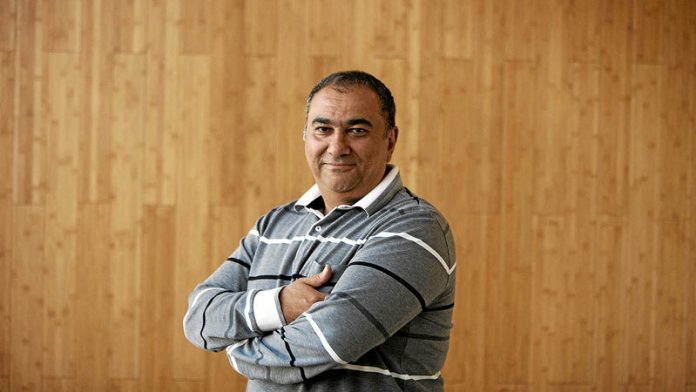 PPC chief executive Ketso Gordhan plans to generate 40% of the company's revenue from outside South Africa by the end of 2016, and indeed, a new African project is expected to be announced in November, hot on the heels of a new $230-millon deal in the Democratic Republic of Congo (DRC).

For Gordhan, the expansion is central to the company's growth and survival.

"Without expansion into Africa, there will be no PPC in the future," he said.

The chief executive of a company synonymous with South Africa does not expect the government's long-awaited infrastructure project to take off significantly for another few years, and at present the company gets 60% of its local income from the retail sector.

The company is looking to Zimbabwe, Mozambique, Ethiopia, Rwanda and now the DRC, where it presently has projects, to bring in growth. At the moment, more than 20% of PPC's revenue comes from these projects.

"There has been a slight improvement in demand from government infrastructure projects, but 60% of PPC's income comes from old-fashioned construction, the man in the street building houses or extending their homes," he said.

Home investments
"If there were more jobs and better pay which would produce more surplus cash, we would see even more investment in homes. Despite the economy, people are investing in their homes and this is across the board, in Limpopo, Mpumalanga, Johannesburg, the Eastern Cape, you name it."

Gordhan said they were also seeing private-sector investment in the commercial space.

Soon after the Competition Commission fined the top players in the construction sector R1.46-billion for alleged collusion and anti-competitive practices, Gordhan proposed an infrastructure Codesa to help accelerate roll-out in South Africa.

He proposed that public and ­private leaders come together and work out ways to streamline roll-out in key areas of South Africa. This would also limit collusive practices in tendering processes.

"The country needs to have people in charge of infrastructure projects with the skills and the knowledge, but, unfortunately, the government believes it knows better," he said, clearly frustrated.

"There needs to be a major change in government's attitude to public-private partnerships and towards bringing in the skills needed.

Hard words from the chief executive, who took up the position in January this year, after serving in the presidency since 2009 and as executive director of private equity at FirstRand.

Discussions are being held with the government and the construction sector, of which PPC is a part, about the possibility of revising the tender sector.

"My proposal is [that] a design is found for a school and a price is decided on by the government, and the school is built for that price," he said.

He used the controversial prison building programme as an example.

"Five-star hotel-like" prison
"[The] government provided a description of the prison it wanted which, if you looked at it, resembled a five-star hotel, and instead of the private sector saying, 'this is going to cost too much, we need to look at a cheaper model', it built the prisons and we now have something that is too expensive."

The construction of the Kimberley Correctional Services Centre for R300-million led to heated debate in Parliament about the high cost of prisons constructed through public-private partnerships.

It later emerged via then Correctional Services Minister Nosiviwe Mapisa-Nqakula in 2011, when she cancelled the building of four new prisons that were part of a PPP deal, that government would end up paying R1.5-billion for the capital cost of construction for the Kimberly prison alone over a 15-year period.

The massive prison building drive planned by government was halted, leaving many construction companies out of pocket, having prepared and tendered for the contracts.

Nevertheless, Gordhan believes South Africa has paid too much for the prisons it has built. "It costs us about R75 000 a year for one prisoner."

Although a PPC project was among the companies who fell victim to anticompetitive practice by the construction companies exposed in the Competition Commission's fast-track investigation, Gordhan believes the collusion had a lot to do with the circumstances the sector found itself in.

Tendering process too expensive
He shrugged his shoulders and smiled when asked if PPC was considering taking action against the construction companies responsible for overcharging for one of his projects.

"The tendering process is too expensive at the moment, which is probably why there was collusion."

His Codesa proposal, he believes, could lead to a revised tendering process, which would introduce standardisation into the process and costs.

Not that he is giving up on South Africa. Gordhan plans to ensure the company's place in the South African market, which he believes will realise growth eventually.

"At some point, the South African government is going to have to begin building the schools, roads and power stations," he said.

A few months ago, PPC announced that it had entered into an agreement to purchase a controlling equity stake in blended cement company Safika Cement for the cash consideration of R350-million, ­subject to regulatory approval.

Looking for demand in Africa
This is against the background of the introduction of Nigerian-backed newcomer Sephaku Cement, which will soon add millions of metric tonnes of product to the Southern African region, and Pakistani producers bringing in cheaper cement.

When it comes to expansion, PPC is looking at any African country with good limestone and greater demand than supply, he said.

"That has been the starting criteria, but we also look for good partners."

PPC works on a 60% to 40% split when it comes to projects outside of South Africa, with PPC providing 40% and its partners the rest.

"This way, we keep the debt off PPC's books, " Gordhan said.

Exporting products
It exported some of its product to Botswana, but other close neighbours were sufficiently supplied.

While he believed construction was cyclical and would come back, at the moment, the commissioning of larger construction jobs had slowed.

Gordhan said the company was getting work from other South African companies who had expanded into Africa, such as Group 5, which it supplied locally.

He expressed frustration, however, at local pressures. Apart from muted gross domestic product growth, which had an impact on cement demand, PPC had to contend with new entrant Sephaku, and ongoing labour problems at Eskom's Medupi, which were likely to have an impact on its annual results.

In its interim results to March 31 2013, PPC showed that cement sales volume had risen by 6%, but this was largely on the back of continued strong growth in Zimbabwe, although there were improvements in South African cement sales.

Group revenue increased by 8% to R3.8-billion on the back of increased volume, improved cement pricing and the favourable devaluation of the rand against the United States dollar and the Botswana pula.

Sales volumes in Limpopo were affected by the industrial action at Medupi, which is bound to reflect in the group's next set of results coming out in November.

Gordhan has gained a reputation for straight talking and has also sent a silent message to the market, after spending nearly R10-million on shares in the cement conglomerate at a time when delays in infrastructure spending have dampened enthusiasm for building supply stocks.

He also acquired another R3-million on the open market a week earlier, making him one of the top 25 investors in the cement-making company.

Indicating that he is in this for the long haul, Gordhan said he wanted to send a message to the group and the market that he had faith in the company, which he believes could double its size through an aggressive expansion into Africa in the next five years.

DRC project allows for local beneficiation
PPC has undertaken an African expansion programme, started by former PPC chief executive Paul Stuiver, to tap into the demand for infrastructure on the continent and grow a business that has been based largely in South Africa and Zimbabwe.

PPC last year acquired a 27% stake in the Habesha Cement Share Company in Ethiopia for $12-million and 51% of Cimerwa cement company in Rwanda for $69.4-million.

After receiving its certificate for compliance with Zimbabwe's indigenisation laws, the company said in February this year that its Zimbabwean subsidiary, Portland Holdings, would build a new $200-million cement plant, producing one million tonnes a year to service Zimbabwe and Mozambique.

It is intended to complement the company's two manufacturing plants in Bulawayo and Colleen Bawn.

The latest project to be announced this week was a new $230-million manufacturing plant in the DRC, with local partner the Barnet Group.

The greenfield project will ensure easy access to main markets.

"We can also sell the cement for about $12 a bag, which is much cheaper than present prices.

"The nice thing is that the project allows for beneficiation in the country, so the DRC gets to benefit directly and it creates jobs," he said.

"There is a big need for cement there and only one ageing plant, which creates a lot of opportunities."

Gordhan said he could not yet reveal the details of the next project, to be announced in November.

He said though PPC was constantly on the look out for expansion possibilities, it was looking to get its present greenfield operations running.

"Probably by 2018 we will start looking again and implement new projects."

Four reasons why an MBA makes sense for your career