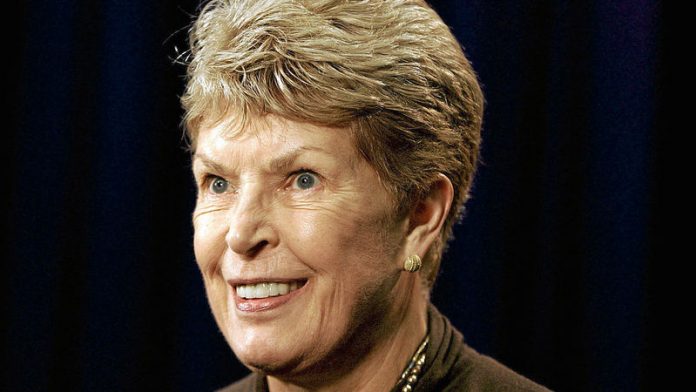 When did you first start writing fiction?
In my 20s. I started by writing short stories, but they weren't very good; I tried them on various magazines, and none of them was published. People were nicer then about

turning you down, and so I didn't lose heart – I kept on writing, and wrote a lot of books, one or two of which I finished, and others I didn't.

Why were you so drawn to crime fiction?
I wasn't: I just started writing my first published novel, From Doon with Death, as an experiment, to see if I could write a detective story. Then the publisher John Long gave me an advance of £75 for it, and the following year, an American publisher came over, liked it, and offered me 15 times that.

There's been some discussion recently about the unsavoury aspects of thrillers, especially on TV, that so often feature women as victims. What's your stance on that?
It's just more statistically likely that women, being more vulnerable, would be victims. Violence is very much with us, and we like to see it: I doubt if you can change that, and I'm not sure you should want to. I have occasionally been very upset by something I was writing, but it's quite rare: I keep my writing very separate from my life.

Which writers do you most admire?
I've always said that my favourite novel is The Good Soldier, but I'm not sure that hasn't been displaced by John Williams's Stoner, which has just been reissued. It's a wonderful book, set in a college in the Midwest [in the United States]: simple, straightforward, and yet full of displaced, sad things.

Do you care about fame?
Perhaps: I don't want it to be a very important thing in my life, but I suppose it must be. If I were to lose it, I think I would mind very much.

What's the worst thing anyone ever said about you?
A very well-known person once said he'd glanced at a collection of my short stories and thrown it out of the window of a taxi. It was a very long time ago, but I'll never forget it.

What advice would you give a young writer?
I do give young writers advice all the time. I say: "Do you really want to do this? Are you so keen that you really can't help it – you long to do it, and when you do, you really enjoy it? If you don't feel like that – if what you're really saying is you want to see your book on a shelf in a bookstore –then just forget it, and do something else."

What are you most proud of?
I don't do pride. It seems to me to be a very unpleasant thing.

How would you like to be remembered?
I don't really care. Nobody will go on being remembered for a very long time, unless you're Shakespeare or Milton. I have no hope of being remembered at all. – © Guardian News & Media 2013