Thing of beauty: Take Jo’burg with you wherever you go 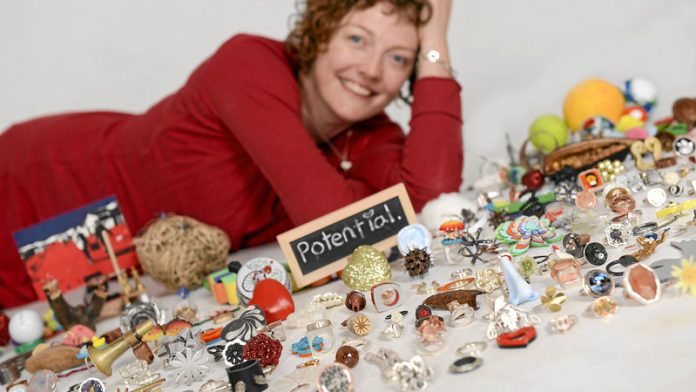 The Johannesburg skyline is unremarkable precisely because its geographic surroundings are unremarkable. Unlike Cape Town, there is no vast mountain against which the city is dwarfed and so all visual punctuation is just human construction.

Jo'burg's leafy suburban hillocks are more calming than dramatic and the city skyline itself looks like a whole lot of giant boxes have been stacked somewhere in rows.

It's unsurprising, then, that some of Jo'burg's buildings have become meaningful markers for people in need of a sense of belonging in the alienating metropolis. Ponte City, built in 1975, is a perfect example. Even if you hate it – if you see it as a symbol of the bad life, borderline poverty and decay – you have to admit that, like a useless old sentinel, it gives the place some whacky charm.

The Hillbrow Tower, completed in 1971, is another. Although it was seen as a sinister presence in the bad old apartheid days, rumoured to have been a site of police surveillance, it has become a kind of floating joke.

For those who take all this seriously but wish to keep light-hearted about it, there are various Jo'burg souvenirs that entertain while replicating the myths. Whatever the design initiative – whether it's T-shirts and kitchen hooks from Love Jozi, or Jo'burg Skyline drinks' coasters from PaperKutz ­– these two structures stand out.

Paris has the Eiffel Tower, New York has the Empire Sate Building but we have two beloved icons giving us authentic, retro-1970s street cred.

Now a jewellery designer called Leza McLeod has created a wearable item that allows you to take the city with you wherever you go.

Called the Love Johannesburg ring, it represents the part of the globe where Jozi city stands. On the curved earth, in sterling silver, we have four structures, including the two most obvious ones. The structures jut out at comical angles and Ponte itself looks a little more like the Leaning Tower of Pisa than the supposedly threatening high-rise home to drug dealers, hookers and pimps.

The creation of the Love Johannesburg ring grew out of McLeod's fascination with author Marthe le Van's book, Ring a Day. For a year, she resolved to make a ring a day, a project she called "a test for myself to see how my creativity would arise if I was committed to making something every day for 365 days."

The Love Johannesburg ring was created on day number 363.

"I told nearly everyone I know about it from the word go so it would be impossible for me to cop out.It certainly was an adventure and taught me a number of very different things, mainly that you really can do any thing you would like. You need only start. And the best trigger for inspiration is desperation," McLeod said.

Ringing in the changes