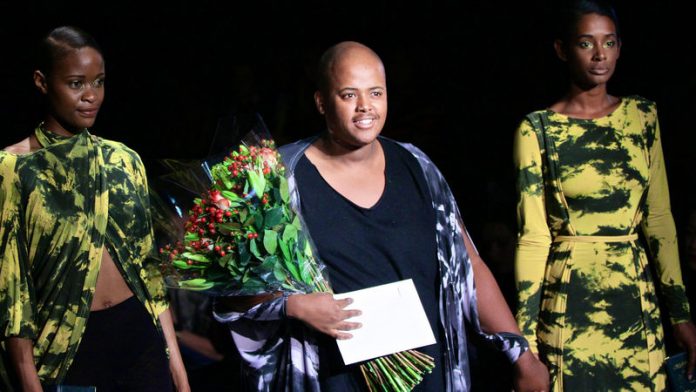 With the bout of weird weather that the country has been experiencing, reading about next year's autumn and winter trends might be the last thing anybody wants to do after anticipating warm weather for a while. But rather than being left in an unfashionable lurch next year, I suggest you read on.

The Autumn/Winter 2014 collections kicked off with the Jameson Fashion week pre-party, which served to give the masses a heads-up on how to present themselves at the actual shows. It seems South Africans need to be told to look good at events that are all about looking good. Prominent designers dressed prominent personalities in some of the upcoming trends and fashion lovers were to take a leaf out of the designer's looks and add their own interpretation.

When the showcase rolled around on Thursday at the Crowne Plaza in Rosebank, it would seem the memo went over many people's heads. Attendees had their own looks down pat, which varied from the fabulous to the straight-up, but fabulously, weird. From a man in six-inch heels to bizarre colour coordination. But this is a rundown on the runway's fashion, so enough about them.

Fashionably late is quite passé now it would seem as the shows ran on time and the mood was more pleasant than the Spring/Summer 2014 collections earlier this year, which had major delays and confusion on day one. 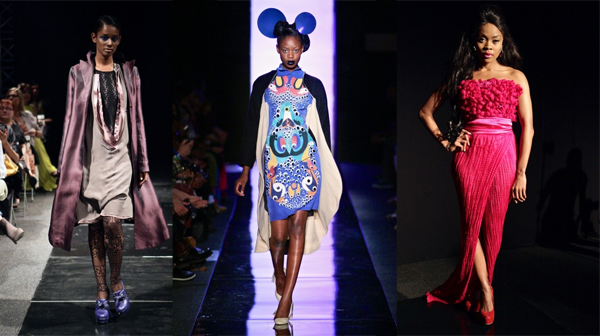 The Renault New Talent Search was the first showcase to get the ball rolling and it brought out the talents of future designers, who were competing for the ultimate prize: a boost to their careers and labels. Five labels – Take Care, Erre, Mej Lues, Laz Yani for Cutterier and Anmari Honiball gave their interpretation of the upcoming trends in collections that showed off the amount of creativity that the young up-and-coming designers have.

The competition, gauged by the reaction of the fashion crowd, was really between Yani and the label Erre. I was rather disappointed in Honiball's collection, the winner of the competition earlier this year, which didn't have the same edge and youthful abandon as the winning collection. Yani's collection was made up of fabrics and designs that would flatter any type of body shape and I would like to believe that was one of the aspects that contributed to his win. The prize package included a trip to Berlin and a R20 000 cash prize and in total the package was worth just under R300 000.

Gert Johan Coetzee once again enlisted the help of his celebrity clients in modelling his clothes in an all cerise-pink, girly installation. Celebrities such Thembi Seete and the reigning 'Queen B', Bonang Matheba were dressed in some over-the-top gowns that have become a signature of the flamboyant Coetzee.

The live singing by Louise Carver was a special touch that lightened the mood in the Take 2 venue after a very 'out there' installation by South Africa fashion godfather Clive Rundle. Rundle's collection was for the mature woman, who knows herself and epitomised autumn, with deep reds and sturdy coats.

Suzaan Heyns showcased one of her most playful collections yet, inspired by Minnie Mouse. Her collection was also a demo of her dynamism, something that should surely keep other South African designers on their toes. The highlight of the collection was Heyns's creative take on coats. There were no standard or boring trench coats to be seen, but edgy silhouettes and intricate designs. I particularly enjoyed the playfulness of the bows and custom-made shoes.