New hope of medicine for Alzheimer’s 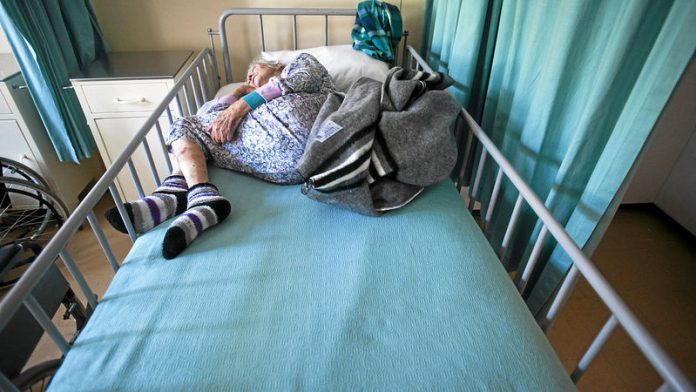 Scientists on Thursday said they had tested a drug that in mice prevented the death of brain cells, boosting hopes for the fight against Alzheimer's, Parkinson's and other neurodegenerative diseases.

Still at a very early and experimental stage, the drug blocks disruption of a defence system in the brain that plays a common role in these tragic disorders.

Many brain diseases start with the build-up of rogue, scrunched-up proteins, or amyloids.

The organ's response to this is to switch on a defence mechanism called the unfolded protein response, or UPR.

The mechanism orders cells to stop producing new proteins so that the problem is not made worse. But the build-up of misshapen proteins prevents the UPR mechanism from being switched off.

As a result, the misshapen proteins are no longer made – but nor are normal proteins that are essential for brain cell survival. Neurons start to die, are not replenished and the disease progresses.

British researchers, reporting in the United States journal Science Translational Medicine, tested a drug that works on a key point in this switching pathway, an enzyme called PERK, to keep protein production open.

It is made by British drugmaker GlaxoSmithKline and the orally administered drug was tested on 29 mice with prion disease, a family of disorders that includes Creutzfeldt-Jakob disease.

These were compared against a group of "control" mice, whose brains had also been infected with prions, but which did not receive the drug.

Mice that were treated seven weeks after being infected with the prions suffered no memory loss in a test to recognise a familiar object, but those treated at nine weeks lost their memory.

The mice were killed and autopsied, and the examination of samples under a microscope confirmed that brain cell death among all the treated mice was very low, although less so among the nine-week group.

The University of Leicester team said they are hugely buoyed by the success, although many more years of tests lie ahead.

"We were extremely excited when we saw the treatment stop the disease in its tracks and protect brain cells, restoring some normal behaviours and preventing memory loss in the mice," said Giovanna Mallucci, a professor of toxicology.

"We're still a long way from a usable drug for humans – this compound had serious side effects," Mallucci said.

"But the fact that we have established that this pathway can be manipulated to protect against brain cell loss, first with genetic tools and now with a compound, means that developing drug treatments targeting this pathway for prion and other neurodegenerative diseases is now a real possibility."

If the drug eventually progressed to human patients, people would need treatment "for years or even decades in many cases", the study also cautioned.

In a commentary carried in the same journal, neuroscientists Wiep Scheper and Jeroen Hoozemans of the Free University of Amsterdam said the research may have thrown open "a new therapeutic strategy".

They too were prudent.

They said mouse models designed to replicate human brain disease had limitations and, in humans, loss of the PERK enzyme also had side effects in promoting diabetes and skeletal defects.

Eric Karran, director of research at the British charity Alzheimer's Research UK, said the idea of a single drug to target a mechanism shared by a range of diseases was compelling.

"But this compound is still at an early stage. It will be important for these findings to be repeated and tested in models of other neurodegenerative diseases, including Alzheimer's disease.

"What is true in animals does not always hold true in people and the ultimate test for this compound will be to see whether it is safe and effective in people with these diseases," Karran said.

Alzheimer's is the commonest form of dementia, a condition that afflicts nearly 35.6-million people around the globe, according to the World Health Organisation (WHO).

Treating and caring for people with dementia costs the world more than $600-billion a year, the WHO said. – AFP

Take a header at dementia

There’s gold at the end of the Brainbow

Edging closer to a cure for Alzheimer’s