Fall for the decline of an empire 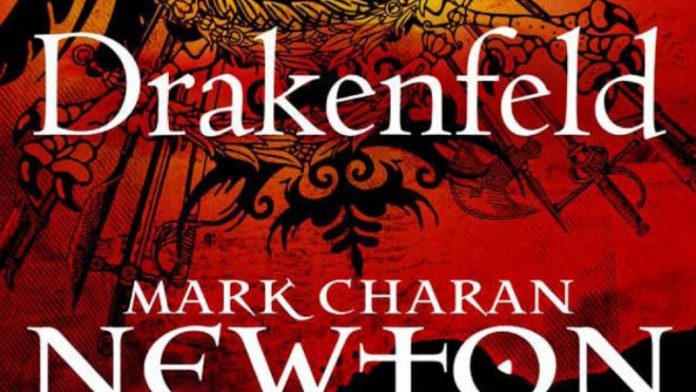 The Legends of the Red Sun quartet, Mark Charan Newton's first fantasy outing, was Christmas-pudding rich with intriguing ideas and characters: a gay albino military hero; a police investigator with fur; the intersection of mechanical invention and magic; empires on the rise and in decline; ancient heroes returning in rather unexpected bodies.

As a series, it was addictive: for its superb scene-setting and for the way questions of identity and difference were seamlessly integrated into an action-filled heroic fantasy.

There's a school of speculative writers stretching from Ursula le Guin to China Miéville, holding that, without politics and discourse in the weave, fantasy worlds become flimsy confections of candyfloss and cardboard. The Red Sun quartet belonged to this lineage.

What, then, are we to make of Drakenfeld, the first in his new series, a far more conventional piece of fantasy crime detection?

In an empire drawing much of its set dressing from Ancient Rome, Lucan Drakenfeld is an officer of the Vispanian imperial peace force, the Sun Chamber.

He's the scion of an old Sun Chamber family and is summoned home after the sudden death of his distinguished father.

No sooner does he arrive than he is tasked with solving the locked-room murder of the King's sister.

Accompanied by his co-investigator, a female fighter called Leana, he begins to unpick the complexities of the case and – unsurprisingly for readers of this genre – finds the two deaths may have disturbing links.

So far, so Falco. Newton handles the disciplining constraints of this far narrower format well, and has mastered its conventions of procedure, clues and deduction.

His great strength as a writer has always been a beautifully expressed sense of place, and both Tryum, Drakenfeld's home, and the seedy port city of Venyn, are places whose pavements a reader can walk.

But this is the start of a series, and there needs to be a unifying narrative arc bigger than mystery solved and miscreant found. Both place and people may hold clues to what that will be.

Drakenfeld himself is a complex character: like many fictional detectives, a mix of intense, hyperrational self-control and inexplicable gut impulse. Those poles are stretched further apart by the fact that he's epileptic, stigmatised even by some colleagues as "possessed".

The book is quite a slow starter, as though Newton is writing himself into this new voice, but it gradually becomes apparent that the theme of control and the uncontrollable is bigger than one man.

The empire, too, is losing its grip while desperately trying to maintain its façade, and nowhere is this more vivid than in the contrast between Drakenfeld's rosy memories of childhood streets and the shabby pavements and homeless beggars of his return.

Leana's terse, cynical commentary on a Tryum she is seeing for the first time underlines this tension. In one sense, she's a complete detective-story archetype: the tough, streetwise sergeant, smart as her boss but far swifter to grasp practicalities. In another, she embodies the battle to escape typecasting.

Tryum society instantly labels her the "barbarian woman warrior" and she is subjected to all the racial and social prejudices and exoticising desires of the metropolis.

But although she is certainly from a remote edge of the empire – and a ruthless fighter – those attributes signify something very different for her. There's always intriguing subversive potential in a good servant of the empire, such as Drakenfeld, discovering the perspectives of the colonised Other.

Despite all these good things, I missed the risk-taking weirdness of Newton's earlier books. But the plot device of a peripatetic investigator roaming an empire whose cracks are seriously starting to show offers limitless possibilities; let's see where Newton takes them.