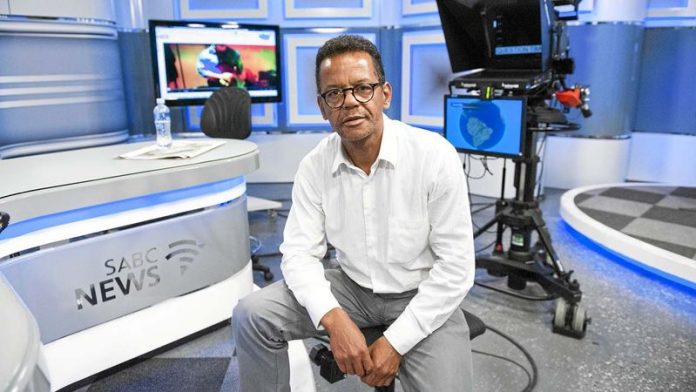 You don't get a more hardened hack than Jimi Matthews, who as cameraman and journalist for international media ­organisations during South Africa's violent transition saw more bodies than is probably good for anyone.

So what does the respected Matthews, who is now ­acting group executive of news and current affairs responsible for 18 radio stations and four television news channels, with the recent addition of the SABC's 24-hour channel, think about the drive by his boss, Hlaudi Motsoeneng, to see a 70% positive news quota written into the ­broadcaster's new ­editorial code?

"I look forward to someone explaining to me how they are going to define that," says Matthews.

People in his newsroom are joking about positive news ­quotas, he admits.

"I understand, because they have to go out there into the field. I have a constant thing with one of the prominent trade unionists, who, when he sees me these days, says: 'So I had better give you some good news.' My response is: 'You should stop these jokes, or you will soon find yourself off air. And then you can go around saying I banned you'."

There are many positive stories Matthews wants his journalists to tell. Twenty-five years ago, the white South African government was boasting it could generate electricity for the whole of Africa and export electricity when, 25km away, people had no electricity. Now, almost all, if not all, of Soweto is electrified, Matthews says.

"If I tell this story, am I guilty of sunshine journalism? My newsroom leaks like a sieve, more than any place I have worked. ­I ­challenge anyone to say where this newsroom has deliberately suppressed stories of corruption."

When the much-awaited public protector's report on President Jacob Zuma's Nkandla home is released, Matthews says he will have to report it.

"If I don't, I just confirm the claim that we don't do this stuff."

Matthews is aggrieved that people still have a negative attitude towards the SABC, yet his reporters consistently win awards. "Let me say clearly that the issue of this 70% [positive news] stuff was never discussed with me or imposed on the newsroom.

"When I first heard about it from a third party, I asked Hlaudi what exactly this was about and, to a large degree, I think it is a personal sentiment. We will call the news as we see it. You have seen where his office is, it is almost in another country [in the SABC's sprawling premises]. Hlaudi has yet to walk into this newsroom and tell us what to do."