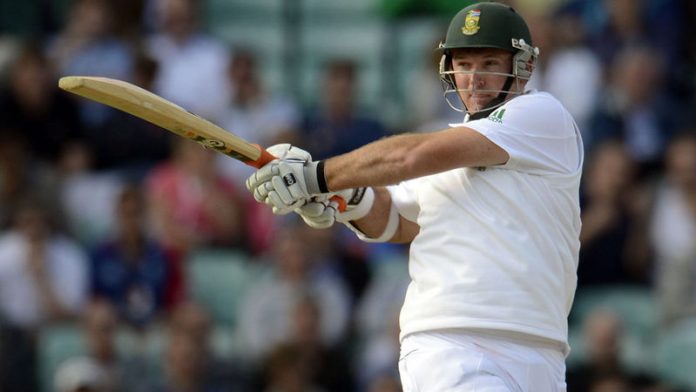 Graeme Smith's Proteas have dominated the five-day format and are unbeaten in a Test series (away from home) since losing to Sri Lanka 2-0 in 2006.

Their record against sub-continent teams is particularly impressive as they have lost only four out of their last 20 Tests against such opposition, doing so just once in an away series.

South Africa have beaten Pakistan in 11 of their 21 Tests, losing only three and drawing the remaining seven.

Pakistan's only series win came way back in 2003, on home ground.

Even the dusty and dry pitches and high temperatures of the United Arab Emirates, where Pakistan have been forced to play their home matches since the 2009 terror attack on a Sri Lankan team bus, hold no fears for the South Africans.

The South Africans are using ice-vests to beat the UAE heat and Smith hoped they will also handle the threat of Pakistani spinners, especially Saeed Ajmal, like they did here in 2010.

They drew a two-Test series in the UAE in 2010, with Jacques Kallis hitting successive hundreds, AB De Villiers notching South Africa's then-highest score of 278 not out, and Smith and Hashim Amla also scoring centuries.

They blunted Ajmal so well that Pakistan were forced to leave out the ace spinner after he got only three wickets in the first Test in Dubai.

Smith, who returns to international cricket following an ankle injury in March, believes his side are ready for all possibilities.

"In the last tour I think we played Ajmal well," Smith said on Saturday. "He is a world class performer and there is naturally a real respect factor for what he can do. But we have had some good success against them and all Pakistan bowlers.

"I think we have had good success against them and that is nice to know," said Smith.

Pakistan have also named left-arm spinners Abdur Rehman and Zulfiqar Babar, who may make his Test debut at 34, if they play three spinners.

Pakistan have only won one of their last eight Tests since Dav Whatmore took over as coach last year, and slipped to sixth in the Test rankings after an embarrassing defeat against Zimbabwe last month.

But Misbah-ul Haq hoped his players will forget the past.

"It's not good to be in the past," said Misbah on Saturday. "It's good that all our batsmen had good practice matches before the Test and that will give us more confidence."

Pakistan's top-order could once again be easy prey for the South African pacemen — out of three openers selected, only Khurram Manzoor has played Tests (nine), while Ahmed Shehzad and Shan Masood have yet to play the longer version of the game. – AFP