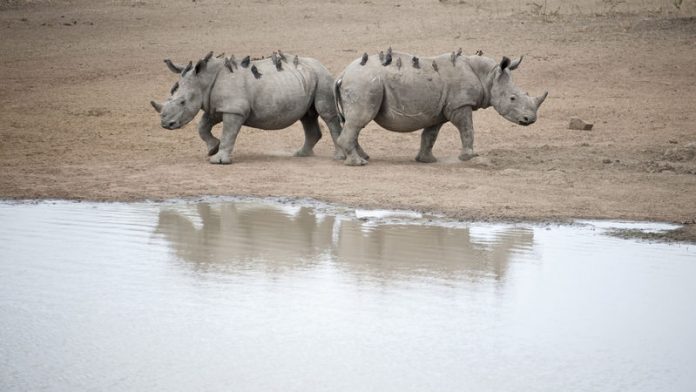 China is one of the countries with the richest wild animal species in the world. The Chinese people love animals and nature, just like the South African people. The Chinese government attaches great importance to the protection of wildlife and has promulgated laws and regulations in this concern, established a multi-sectoral joint law-enforcement mechanism, and taken various measures to protect wildlife and raise public awareness.

China has always paid special attention to protection of the rhino and African elephant. In 1993, the rhino was identified by the Chinese government as "wildlife under first-class national protection", the same as the giant panda. Also in 1993, the state council of China issued a notice prohibiting the trade in rhino horns. The smuggling and trading of rhino-horn products became criminal offences with a maximum punishment of life imprisonment.

The African elephant is also identified as "wildlife under first-class national protection" in China. We have taken strict regulatory measures on ivory, further enhancing law enforcement in this area. The China Wildlife Conservation Association has set up a special fund for elephant conservation. China is the largest sponsor of the African Elephant Protection Fund.

Chinese celebrities such as former National Baseball Association star Yao Ming and pop singer Li Yuchun have visited Africa as animal-protection volunteers; they have called on everyone in China to protect rhinos and elephants. I believe their efforts, and the efforts of many others, will further raise public awareness of wildlife protection in China.

China has long been committed to co-operation with South Africa on wildlife protection. The Memorandum of Understanding between South Africa and China on Co-operation in the Fields of Wetland and Desert Ecosystems and Wildlife Conservation, signed during President Xi Jinping's state visit to South Africa in March, further endorsed bilateral co-operation here.

We will support and collaborate with South Africa in the fight against rhino-poaching and smuggling of rhino horns and ivory. – Pan Peng, press counsellor, Embassy of the People's Republic of China in the Republic of South Africa