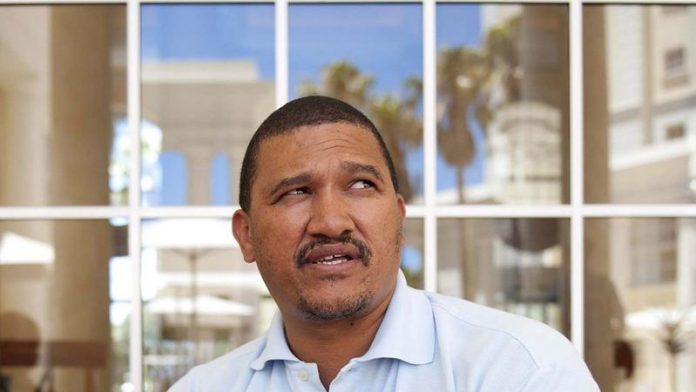 The leader of the African National Congress in South Africa’s Western Cape Province has claimed that 98% of landowners in the city of Cape Town are white and "people in the Jewish community". But, as Africa Check discovered, South African property records only listed the race of owners prior to 1994 and not their religion.

Ninety-eight percent of land and property owners in Cape Town are "white" and "Jewish", Marius Fransman, the Western Cape provincial leader of the African National Congress, claimed in an address to the Cape Town Press Club recently.

"The reality is … 98% … of the landowners and property owners actually is the white community and, in particular, also people in the Jewish community," the South African Press Association quoted him saying.

Fransman made similar remarks during a radio interview in February this year, claiming that the opposition Democratic Alliance – the dominant political party in the Western Cape – had given "Jewish businessmen" building contracts previously held by Muslims in two Cape Town suburbs.

In the wake of Fransman’s most recent comments, the South African Jewish Board of Deputies lodged a complaint with the Human Rights Commission and Ben Turok, an ANC MP, wrote a letter to the organisation’s secretary general calling for Fransman to be disciplined.

Fransman, who is also South Africa’s deputy minister for international relations and co-operation, denied his comments were anti-Semitic, adding: "I unreservedly apologise for the perception what was created that I was singling out the Jewish community."

Is there any evidence to support Fransman’s claims?
When Africa Check contacted Fransman on Tuesday this week, he said the 98% figure was based on "the ownership profile of people and companies that rented buildings to the province and the city in Cape Town’s CBD".

Asked if he had done an audit of the race of property owners in Cape Town and, if so, how, Fransman replied: "I would not just throw out a figure that is a thumbsuck … Ninety five percent to 98% is still in the hands of the white community and white individuals. If you take properties rented by province and the city this is the case. You need to look at the lease agreements and the ownership of these properties. You have to look at the supply lines and that is where you get to these figures."

According to Debra Gouws, a Cape Town lawyer who specialises in property law, it is impossible to identify the race of a property owner based on deeds issued after 1994, the year in which South Africa held it’s first democratic elections.

"In the case of older deeds it is possible to ascertain the race of the owner, although I have seen some older deeds in which it is not recorded," she said. Pre-1994 deeds listed race as, for example, "white group" or "coloured group" and also carried the identity number of the owner, said Gouws. Apartheid-era identity numbers included codes denoting the racial groups of identity document holders.  But with racially coded identity numbers a thing of the past, it is no longer possible to use this to ascertain a person’s ethnicity.

Title deeds also do not state the religion of an owner, nor have they ever done so, Gouws said.

‘Impossible’ to determine the race of property owners
A department of rural development and land reform audit, released in September, found that while 80% of South Africa’s land is privately owned,  it was impossible to determine the extent of black ownership.

South Africa’s surveyor-general, Mmusa Riba, said at the time that the department had been unable to work out how much of South Africa’s private property was owned by black or white people or entities, as title deeds did not include a racial classification of the owners.

This could change. The Electronic Deeds Registration Bill proposes that title deed holders be required to submit information on their ethnicity.

In a statement released today, the Western Cape provincial minister of transport and public works, Robin Carlisle, said "Fransman is 100% wrong – yet again".

Carlisle said Fransman would have "signed or dealt with every one of these leases in some regard at some time during his tenure" as provincial minister of public works.

The same applies to the owners of businesses or trusts that own properties, as information on race and religion is not required by South Africa’s Companies and Intellectual Property Commission.

Fransman’s comments appear to be little more than a cynical attempt to win over Muslim voters in the Western Cape ahead of next year’s elections in South Africa. In interviews, Fransman has repeatedly vowed that the ANC will "reclaim" the Western Cape from the Democratic Alliance and has reportedly accused the DA-led provincial government of having a "close" relationship with Israel.

"We recognise there are at least 1.3-million Muslims," he said in one interview. "It is very important to have a strong relationship, not for their voting, but because they were part of the fight for liberation." – Africa Check

ANC is playing it safe in the Western Cape