Hlophe matter must not be swept under the carpet 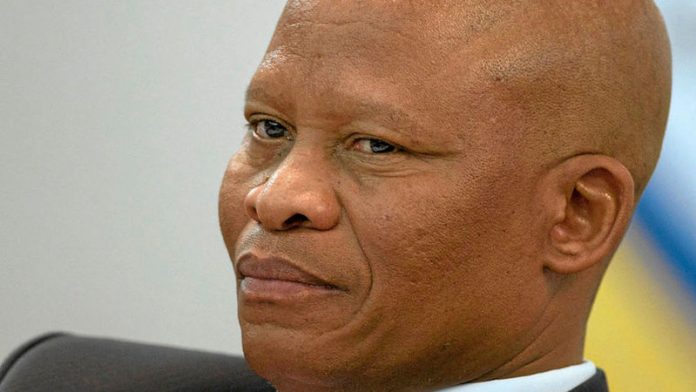 Chief Justice Mogoeng Mogoeng was reported last week to have said that he did not see any crisis for the judiciary in the approach adopted by Justices Chris Jafta and Bes Nkabinde to the disciplinary process under way in respect of the complaint lodged against Western Cape Judge President John Hlophe.

In the view of the chief justice, the two Constitutional Court judges were perfectly entitled to pursue all legal avenues if they considered the proceedings against Hlophe to be contrary to law.

There is obvious merit in this argument. Let us, however, consider the opposing argument. This case has a very, very long history. In 2008, after visits by Hlophe to Jafta and Nkabinde, at a time when the Constitutional Court was deciding on a case dealing with Jacob Zuma (then an ordinary citizen), their discussions were reported to other members of the court, including the then Chief Justice Pius Langa. On the strength of these reports, the judges of the court lodged a complaint with the Judicial Service Commission (JSC) based on an allegation of an improper attempt to influence the court's pending judgment in the Zuma case.

Some time later, after litigation was initiated by Hlophe to clear his name, Jafta and Nkabinde made sworn statements confirming the contents of the complaint insofar as it related to them.

An inquiry finally got under way in 2009. The JSC subcommittee charged with the task heard evidence from Jafta, Nkabinde and Hlophe, then decided this evidence was insufficient to establish that Hlophe had improperly attempted to influence the other two judges.

Under the carpet
But that didn't make it go away. The organisation Freedom under Law made an application to the Supreme Court of Appeal, arguing the JSC had abdicated its constitutional duty to investigate the complaint properly. It had failed to assess the evidence in a legal fashion. Inexplicably, it had disallowed cross-examination of the three witnesses. In March 2011, a unanimous Bench of the appeal court ruled that the process had to recommence.

There was no suggestion by the appeal court's Judge Piet Streicher that the complaint was in any way invalid. He concluded: "It cannot be in the interests of the judiciary, the legal system, the country or the public to sweep the allegation under the carpet because it is being denied by the accused judge or because the investigation will be expensive or because the matter has continued for a long time."

Implicit in this judgment was the acceptance that there was sufficient substance in the evidence, especially Nkabinde's, to require the JSC to fulfil its mandate. This case cannot be brushed under a procedural carpet, particularly by those whose evidence convinced the appeal court that the allegation was sufficiently weighty to require a full hearing, including the testing of all evidence under cross-examination.

If they now consider that, for some reason, the evidence they gave under oath is incorrect, or that Hlophe had a justifiable basis to contend that his version of the discussions was correct, and that he never intended to influence the judges, then they should say so.

All we know is that the two judges consider the JSC's procedure flawed. In the unique circumstances of this case, however, where a complaint was laid by members of the highest court in the land against a senior judge, and which, if properly proved, could lead to a finding of gross misconduct, surely the inquiry needs to run to finality.

For that reason, the argument of the chief justice may well be insufficient to justify the present turn of events.