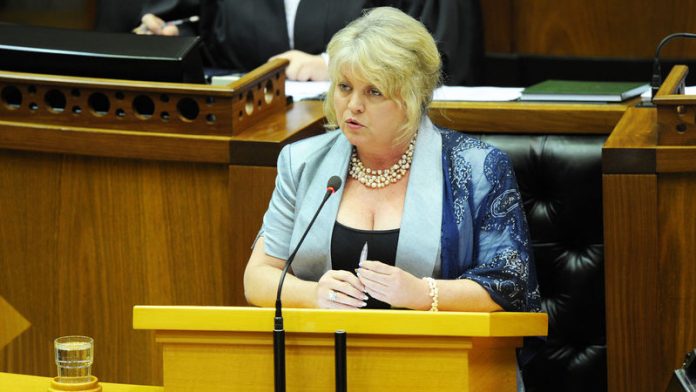 The investigation, by Parliament's ethics committee, followed public statements by Sizani that the DA MP violated her oath of confidentiality by posting updates on Facebook during the hearings.

The parliamentary code of conduct enjoins all MPs and staff serving on the committee to take an oath of confidentiality.

"The Democratic Alliance is today discussing with legal representatives what legal action should be taken against Mr Sizani for this defamatory attack on my character," said Kohler Barnard.

The ANC said the information was published in the Post in August, an allegation the newspaper later denied.

'A vicious personal attack'
"I have the maximum 5 000 friends on Facebook, many of whom are journalists, and as there was never a word about the hearings on my page, nothing was ever published or broadcast on radio or television," Kohler Barnard said.

"I consider Mr Sizani's comments to have been libellous and a vicious personal attack on my integrity and ethical behaviour."

In its ruling on Wednesday, the ethics committee said: "[We] considered the matter and dismissed the allegations against Ms Kohler Barnard."

The DA MP was on the committee, which recommended that Pule be suspended by Parliament for the scandal that saw her boyfriend benefit from state funding. – Sapa