Kimchi worth a royal flush

The city's own little Melville, between Station and Bowden roads, is a mishmash of throbbing pubs, anachronistic pool bars, primitive tattoo parlours, and the many-headed hydra of optimistic small business.

It is at times refreshingly Afropolitan (for Cape Town), at other times irksomely studenty. At night, patrons lounge in doorways, revellers spill out on to the pavements, drug pushers and pimps surreptitiously psst at one, and the Bolo'Bolo anarchist coffee house hosts poetry readings ("all welcome, any poetic style, any language, no charge").

The numerous sushi bars do a brisk trade, a Thai restaurant has a karaoke bar in the back and towards the end of the strip is one of the city's very few Korean restaurants &ndash; A Taste of Asia.

It is not often you find a good restaurant these days that has no Eat Out listing and has managed to evade TripAdvisor. It's a comfortable suburban house that has been opened up inside, with red wall-to-wall carpets, black lacquer chairs, red cushions and white orchids. It is lit so you can see what you're eating. Background music is soft, sentimental Korean pop. Some of the rooms have fireplaces.

Anna Cho is in charge of the kitchen and husband Alex is the proprietor. The family have dinner every night around a large round table in the main dining area. Although the restaurant offers sushi, Chinese and Thai dishes, the real attraction is the Korean kitchen. Dishes are priced around R85 and R95.

You might start with makkoli (R100 a bottle), a traditional alcoholic rice beverage; think milky beer meets sake. Tasty pajeon is its perfect accompaniment. Though resembling an omelette, it's really a pancake made with flour (Cho imports), a little egg, lots of spring onion, and the version here has calamari tubes. You dip slices in soy sauce. A cultural note: dishes with seafood are classified as vegetarian.

One of the house's best dishes is jeyuk bokkem &ndash; marinated spicy pork belly strips, stir-fried and finished with a thick moreish sauce. 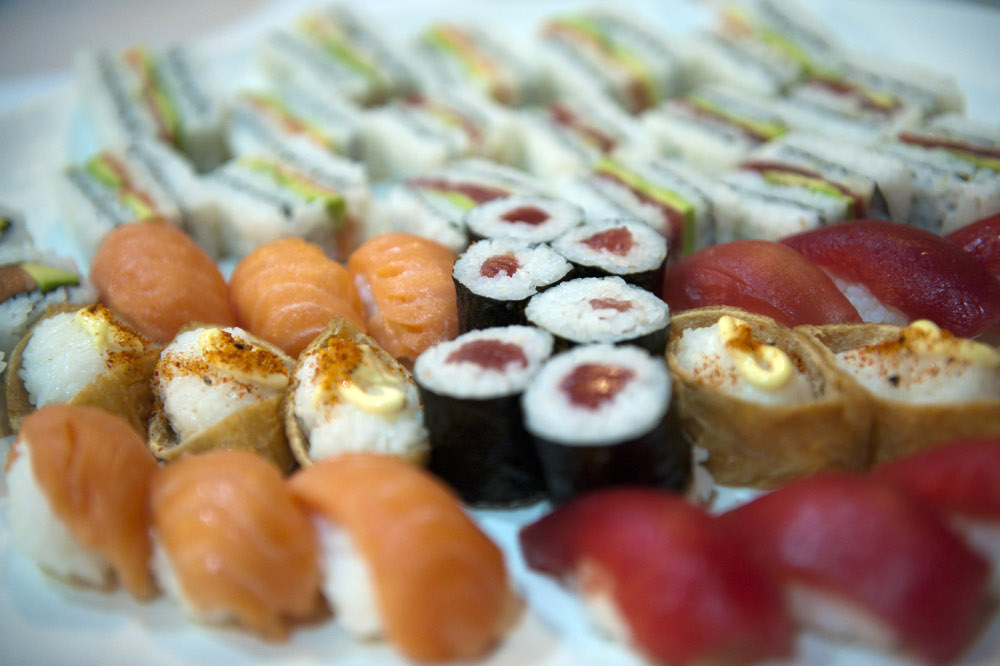 Similar, but not as good, is the galbi &ndash; grilled marinated beef short rib (with bone). It is not always available, and the last time I had it it was very tough.

If you are to order just one dish, then the bibimbab will suffice. Invented by peasants to spice up their rice, it is a bowl of rice salad topped with various steamed vegetables (one can also add bulgogi) and capped with a fried egg (a popular Korean garnish). I found it spicy enough without adding the gochujang chilli sauce served on the side and usually mixed in with your chopsticks.

For hearty dishes, try the doenjangj jigae, a spicy seafood liquid stew with vegetables, mushrooms and soya bean paste (reminding one a bit of miso soup). The seafood was, I suspect, from a packet of taste-bleached frozen mix, and I recommend instead the kimchi jiggae, which is thicker, more fiery, and has a small amount of pork in it.

Which brings one invariably to kimchi, Korea's signature dish of fermented cabbage that has sustained Koreans over winters for a thousand years. Hence the old saying: "Kimchi is half of all food provisions." You could be forgiven for thinking there is a gas leak. As another Korean restaurateur put it to me, kimchi is to Koreans what stinky blue cheese is to Europeans.

It is simple to make and I've produced jars of the stuff. The only trick is to make sure all containers and utensils are sterilised. Key is to salt the sliced-up head of Napa cabbage with coarse flakes to draw out the moisture (for at least an hour, but up to 24 hours) and give it a good squeeze.

Add plenty of garlic, some ginger, lots of specifically Korean chilli powder (available at the Korean supermarket on Main Road, Observatory), julienned carrots, leeks and spring onions, fish sauce, soya sauce, sugar, and a teaspoon or two of salted shrimp. Place in an airtight bottle and leave to ferment in the fridge for at least three days. Cho's kimchi is aged for three weeks. Kimchi that has gone sour can be used up in stews.

Kimchi makes its appearance several times on the menu, but is best savoured for itself with soft tofu.

And if kimchi proves too exotic, there is a space-age loo from the Ezen bidet company with a self-warming seat and a multicolour button control panel at your fingertips for nozzle adjustment, temperature control, massage and water pressure regulation. Seriously.