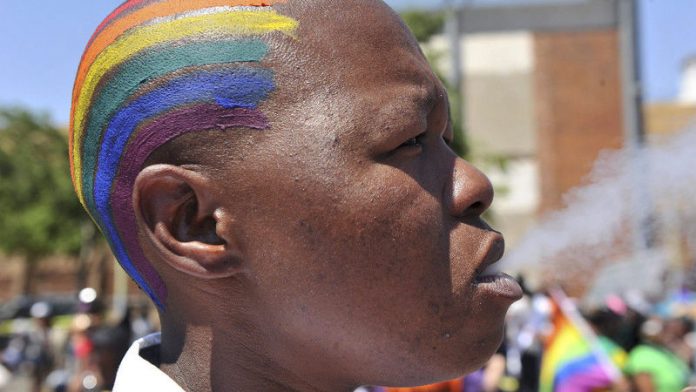 The pleasure of watching gay and lesbian movies from other countries helps one to make comparisons about the experience of people with marginalised gender issues elsewhere in the world.

There is so much more to the genre than sex, though gay filmmakers often use sex to assert gender freedoms. Of course, sex is really cheap to film and it’s a fact that gay and lesbian movies are usually made on a shoestring budget.

The plots, though, have to develop to the point where the couple can get it on. In the earlier decades of the gay and lesbian film industry, mere desire was a good enough catalyst. But as things progressed, so gay ­relations were seen as integral to other social issues and dramas of gay or lesbian love landed up being set against a backdrop of some or other conflict.

The big global issues provide a good context for a love triumphant against all odds. In the Israel-Palestine context, for example, things are doubly forbidden when a Jew and a Muslim get involved. Not only are they both men, but they are also from two opposing teams, so to speak. The love inflames both religious and political sensibilities and the extent of the fallout provides high drama.

So it is with Michael Mayer’s successful Out in the Dark (2012), a story about a Palestinian student called Nimir (Nicholas Jacob) who is allowed by Israeli law to study in Tel Aviv, and who falls in love with a young Jewish attorney called Roy (Michael Aloni).

The point of the movie is not to drag the audience through two family scandals because, in keeping with the supposedly liberal values of secular Jews in a modern city, Roy’s folks can deal with their son’s proclivity. Nimir, on the other hand, commutes to Ramallah where his sexuality is not an issue because that society, being less open, is not a place where one shares details about one’s intimate experiences.

But the movie would not be half as enthralling if young Nimir and Jacob were able to live their lives in peace and harmony, in the Holy Land, to eternity. Indeed, the plot would not be based upon the truth: the truth as Mayer discovered it to be when a friend of his told him what he’d seen while working as a volunteer at a gay and lesbian centre in Tel Aviv.

The centre was giving support to gay Palestinians who were "hiding out" in Tel Aviv illegally, as Mayer described it in an interview in ­September.

These "cross-border couples" were obviously experiencing what Roy and Nimir experience in Out in the Dark: pressure from Israeli authorities to become visible and legal. Along with this comes some life-threatening inconvenience as the ruthless Israeli state begins to identify who the gay Palestinians are and what their links with each other might be.

The untidiness of the situation reflects on real life, not the real lives of cross-cultural couples in Israel in particular, but on the lives we all lead. Many of us have relatives and friends who are politically connected, we have intentions to travel, to see new countries and to meet people from other cultures.

It is only the threatened state that pretends it can control all activity, and that turns to violence or motivates violent resistance when it makes life unlivable.

A queer night in Accra

A mixed bag for human rights in Southern Africa in 2019