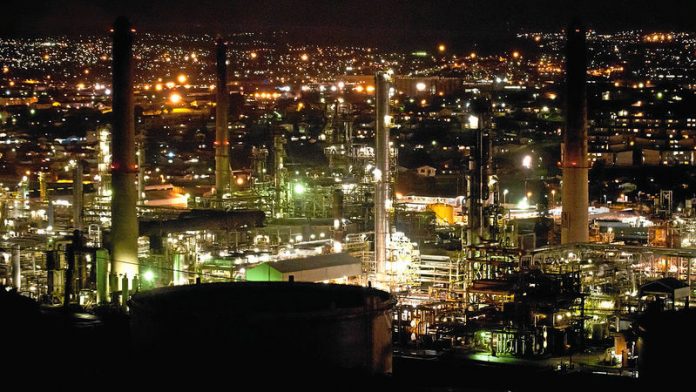 The changes proposed in amendments to South Africa's minerals and petroleum legislation have set big industry's teeth on edge.

The mining sector's outrage has been widely publicised, but the changes in the law could also have major ramifications for the country's nascent oil and gas industry.

Alarm was heightened last week when Minister of Mineral Resources Susan Shabangu said the proposed "free carried interest"— a legislated share in the profits that stem from rights granted for exploration or production — would be 20% for the state in all new oil and gas ventures.

Speaking after the announcement of new technical regulations for oil and gas exploration, designed to include specifications for hydraulic fracturing, or fracking, of shale gas deposits, Shabangu said that the state could up its stake to 50% by paying market-related rates for the additional 30% share.

The concept of a state interest is not new. But the levels proposed, read alongside newly proposed empowerment requirements for the upstream oil and gas sector, have industry experts and role-players querying the impact they could have on investment.

Included in changes proposed in the Mineral and Petroleum Resources Development Amend­ment Bill is the provision that the oil and gas sector should be subject to the Mining Charter rather than the Liquid Fuels Charter.

The state's potential stake and the proposed empowerment requirements, and what these could mean for the viability of oil and gas development, were a major theme in many of the public submissions on the Bill made to Parliament last month.

Last week Shabangu clarified the level of the state's free carried interest but specific details about the parameters would be outlined in the regulations, according to her department.

They were not available at the time of going to press. Nevertheless, the points raised in submissions to Parliament remain valid.

Sasol argued that the lack of clarity over the state's interest on top of greater BEE requirements presents "a real challenge in terms of planning and understanding the economics of a project". Upstream exploration is costly and carries substantial risk.

"This begs the question as to whether a BEE entity is able to participate in such a capital-intensive venture where the finding success rate varies from one in 10 to one in three".

According to the oil and gas exploration company, Anadarko, an estimated R76-billion is needed for each project.

But the payoff could be immense. Depending on the size of the development, Anadarko estimated the revenue generated for the treasury would be about R21-billion, with an estimated 100 000 indirect and direct jobs, not to mention the large impact this could have on the country's balance of payments.

In its comments to Parliament, Standard Bank presented a number of investment scenarios, illustrating the potential impact legislative requirements could have on the economic viability of oil and gas projects.

The results suggested that only very large oil finds with potential yields of one-billion barrels of oil were economically viable.

Negative impact on SA's oil sector
Barrisford Petersen, director of the specialist oil and gas firm BBP Law, said that although the intentions of the amendment Bill are noble, driven by the desire to "avoid the mistakes of the past"seen in the mining industry, the impact on South Africa's emergent oil and gas sector will be very negative.

Currently oil and gas companies commit to a 10% free carry for the state up to the granting of a production right, as well as to a 10% provision for BEE ownership, according to Petersen.

The form and substance of these are set out in each exploration right.

But, typically, these obligations only kick in after exploration, during the development and production phase of a project.

At that stage the state can exercise its option to take up 10% in the production right, often through the state-owned oil company PetroSA, and an oil company must have its BEE partners in place.

Oil and gas companies usually fund their operations from existing operations or by raising funds on a stock exchange.

Loan financing
Loan financing is not readily available for this kind of work as the risks are simply too great, he said.

"For BEE firms not already involved in the oil and gas sector, how will they get started and source financing?"Petersen asked.

In addition, oil and gas companies often differ widely in the kind of investment strategy they follow and in the expertise they have, he said.

In a frontier market such as South Africa, smaller companies often acquire acreages, develop them, build a business case around them, then "farm down their interests"to oil majors or super-majors, he said.

"But this presupposes they have enough equity to farm down their interests to justify the initial investment."

With the numbers currently being proposed, these kinds of transactions become impractical, said Petersen, and could severely hamper investment.

Key concern
Another key concern arising from the amendment Bill, according to Petersen, is the proposal to disband the licensing authority, the Petroleum Agency of South Africa, deemed by and large to be an effective regulator.

He also strongly advocated creating separate legislation for the petroleum sector that did not conflate it with the imperatives of the country's far more developed minerals industry.

Shell South Africa has two projects under way in South Africa, in the Orange Basin offshore and onshore in Karoo shale gas.

Potentially the company could spend R5-billion during exploration alone.

It is not yet clear from the minister's comments whether the free carry will apply to existing contracts, such as the Orange Basin project, and if it will extend to shale gas operations, Eggink said.

It is not yet clear whether the free carry will extend beyond exploration into the development and production phases, he said.

It is also not clear how a potential 26% empowerment stake will relate to the levels of state participation or whether these requirements will overlap.

If BEE comes on top of the proposed 20% free carry for the state, which then has an option to acquire a further 30%, this theoretically means that 76% of the equity in a project is taken, leaving "very little for investors", Eggink said.

BEE should be supported, Eggink said, but during exploration the emphasis should be on pillars such as skills development and training. To expose a BEE company to the risks associated with exploration would not be fair.

Spokesperson for the department, Ayanda Shezi, said state participation is not new and is practised in other areas in different ways.

The government will "exercise its rights and options, having evaluated the applicable finance modalities to prioritise and optimise state participation in petroleum exploitation and in line with the national developmental priorities,"she said.

She confirmed that the Mining Charter will apply to the oil and gas sector.