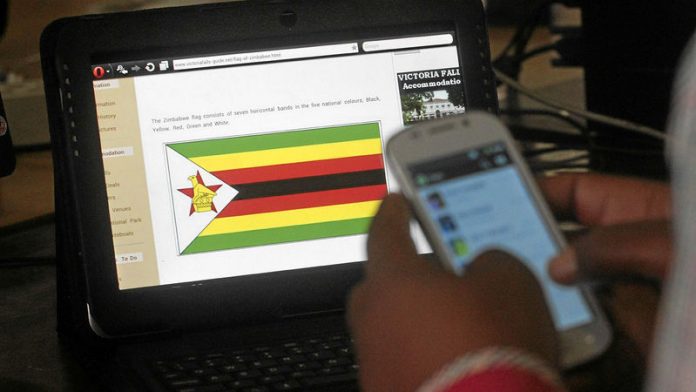 On the benches outside the pub overlooking the cricket greens at Harare Sports Club, they hunch over laptops, selling ideas as diverse as how to sell cattle and how to help urban dwellers cook traditional meals.

It is a long way from Silicon Valley in California, but, amid a boom in social media use, Zimbabwe is seeing the emergence of a fast-growing start-up scene.

A few years ago Limbikani Makani was a bored IT manager at a non­governmental organisation. He quit his job and set up TechZim, a tech news website that is hosting a "start-up challenge", attended by dozens of tech developers.

The interest has grown since the first event, which was held two years ago, reflecting the growing number of developers in Zimbabwe.

"We have created a launch pad for these entrepreneurs, enabling them to accelerate their start-ups to a level where they can make revenue," Makani says.

Teledensity, the ratio of telephones to the population, stood at 91% in February, a big jump from 14% in 2008. Over the same period, mobile access has risen from about 11% to nearly 100%.

Usage is also rising as access grows. Opera, one of the world's ­largest mobile browsers, says Zimbabwe is one of its fastest ­growing ­markets, and had the highest numbers of "page views" in Africa in 2011.

And last week, the International ­Telecommunications Union named Zimbabwe among 12 "most dynamic countries" in the world that have recorded above-average growth in information and communications technology over the past year.

In the boom, developers are stirring; the numbers are growing, and so is the range of their ideas.

"We have traded close to $4-million so far," Banks says.

Paying lobola via RLMS
On his website Banks invites users abroad to pay their lobola cattle via RLMS. He has a selection of cattle on display on the site, from which, he says, a prospective groom can choose.

"If there is no space in the in-laws' residence for the cattle, don't worry. Each animal you choose and buy can be ear tagged, branded, entered into a national database, kept at one of our partner farms, looked after."

And then there is ZimboKitchen, a service that delivers tutorials such as "how to make plain sadza", and gives recipes for other popular Zimbabwean dishes such as beef trotters, or muboora, pumpkin leaves stewed in peanut butter.

There is also TestLabs, a service that provides local high school students and teachers with relevant exam revision tools.

Some of the websites and apps are already popular, but the challenge is to help developers make money.

Investors are conservative and hesitate to gamble on start-ups, most of which are run by "green, fresh-out-of-college dreamers", as one bank chief executive described them.

Free downloads
For now, most of the apps are free to download. Developers themselves have little knowledge about how to turn their ideas into dollars, a gap the likes of Makani are trying to bridge.

"The two sides don't speak the same language," he says.

The techies also struggle to be taken seriously.

"Our society demands that you have an actual job," developer Pardon Muza says, making finger quotes to show his annoyance.

Muza is one of many developers building an online payments site.

"You have to put up with being asked when you'll get a proper job, wear a tie and work normal hours and stuff."

But Makani says developers are now increasingly focusing on building services that don't just sound cool, but bring solutions that can earn them money.

"Initially, we focused on pure innovation in terms of technology and utility, but this has evolved into a more practical approach where strong market potential overrides technology that is used just for the sake of using cool technology," Makani says.

Initial teacher education must be prioritised

If they want to change the world, social innovators must first transform themselves, argue academics from the UCT Graduate School of Business
Read more
Education

UCT aims to make IT appealing to women students

The damage to the IT department alone is likely to amount to R2.16-billion over the next five years
Read more
Advertising