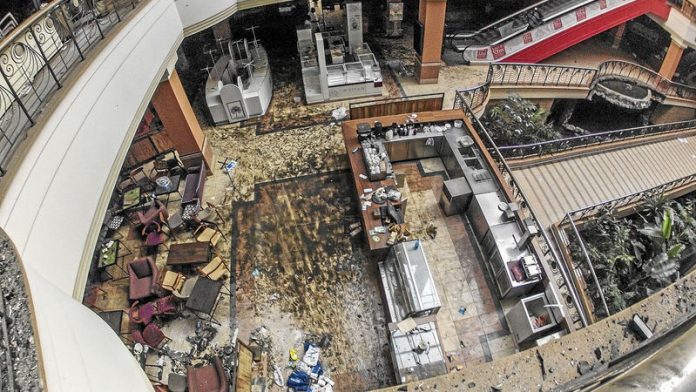 Officials in Kenya say two boxes of charred human remains were delivered to the city morgue from Westgate mall and that four AK-47 assault rifles were found alongside the remains, indicating they are of the gunmen who stormed the mall on September 21, killing more than 60 people.

A city morgue official said the two boxes arrived on Thursday, and that a team of foreigners padlocked the boxes on Friday.

A security official said one of the four gunmen seen in security footage is a Norwegian-Somali whose last name is Dhuhulow and the first or middle name is Abdi. The official said four AK-47 rifles, 11 AK-47 magazines and one RPG were recovered at the mall on Thursday.

Both officials insisted on anonymity because they couldn't speak publicly.

Meanwhile, on October 5 Kenya's military spokesperson named four men who are alleged to have been involved in the attack, which killed at least 67 people.

Closed-circuit television footage from the Westgate mall was broadcast on Kenyan television channels, apparently showing at least four alleged attackers with guns walking around the mall's supermarket and a storage room.

Previously, the country stated that between 10 and 15 militants were involved in the mall attack.

Kenya's President Uhuru Kenyatta vowed not to bow to the al-Shabab group that claimed the Westgate mall bloodbath and threatened more attacks if Kenya failed to pull its troops out of Somalia. – Sapa-AP, additional reporting by Reuters

Five years after Westgate, Al-Shabab is weakened but not yet defeated

Al-Shabab locks Kenya into an endless circle of death