ANC branches choose Ramaphosa as No 2 in post-Mangaung fallout 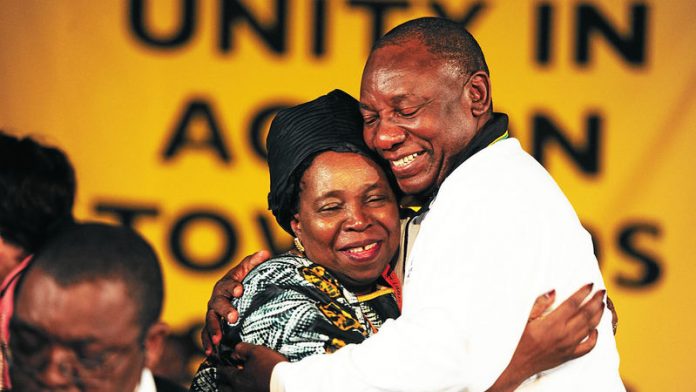 If ANC branches have their way, Cyril Ramaphosa will become deputy president of the country. Most of the party's branches have nominated him for the position in lobby lists for provincial and national legislatures.

This was despite attempts by some leaders – particularly those in KwaZulu-Natal – to sideline the tycoon after the 2014 elections in favour of African Union chairperson Nkosazana Dlamini-Zuma as deputy president of the country.

The position is currently held by Kgalema Motlanthe, who has made it clear he does not plan on returning to government after his defeat for the position of ANC president in Mangaung. Earlier this month, the ANC Youth League's national task team broke with tradition and openly endorsed Ramaphosa as their preferred candidate for deputy president.

Zuma, meanwhile, has overwhelming support in most provinces, but some Gauteng branches have allegedly been instructed by provincial leaders not to nominate him – a move that is expected to deepen tensions between the province and Luthuli House.

The alleged attempt to force branches into not nominating Zuma has angered his supporters, who plan to mount a formal complaint at the next national executive committee (NEC) meeting.

Some of Zuma's supporters are planning to go so far as to push for the disbandment of the provincial executive committee (PEC), which they say has not yet accepted the outcome of the ANC's national conference in Mangaung, where their candidate, Motlanthe, lost to Zuma.

Zuma's supporters are also citing recent statements by ANC provincial secretary David Makhura in which he said former president Thabo Mbeki should be roped into joining the party's election campaign in Gauteng to woo the middle class, which is seen as hostile towards Zuma's style of leadership.

"The instruction not to nominate Zuma [in some branches in Gauteng] is a serious concern. It may be raised in the next NEC [meeting]. It is read as [a] post-Mangaung war. It is also linked to Makhura's statements about Mbeki. People say Gauteng is defying the president and portraying him as unpopular. Comrades are very angry. They [Gauteng leaders] are committing a big mistake. They can be dissolved," said the ANC leader, who asked not to be named.

Public perception
Meanwhile, the M&G has reliably learned that branches in KwaZulu-Natal were instructed to support Ramaphosa's nomination in a bid to manage public perception that the province did not want him to ascend to the second most powerful position in the country. It is not clear whether Ramaphosa will enjoy the same support for ANC president in 2017.

KwaZulu-Natal provincial secretary Sihle Zikalala denied there had been an instruction to branches to nominate Ramaphosa.

However, the nomination of Ramaphosa for deputy president doesn't automatically mean he is geared to succeed Zuma as president because he is still not fully trusted by Zuma's lieutenants.

ANC spokesperson Jackson Mthembu told the M&G that all provinces were expected to convene list conferences, starting this weekend and concluding on October 29.

Sports Minister Fikile Mbalula has had a good showing on the ANC lists, despite being dumped in Mangaung. Mbalula, a former ally of expelled youth league leader Julius Malema, contested the position of ANC secretary general but lost out to Gwede Mantashe.

According to a senior ANC leader in KwaZulu-Natal, Mbalula is back in Zuma's inner circle.

"He has become cleverer than before. He went to President Zuma and they ironed out the differences that emerged prior to Mangaung. They are cool now and he has been assured that he will be retained as a Cabinet minister. The president is even considering co-opting him back to the NEC.

"The old man believes in him [Mbalula]. He believes Mbalula is one of the shining stars in the ANC that must not be done away with. He wants to give him greater responsibility.

"[Mbalula] will be used to counter Malema's [Economic Freedom Fighters] to attract the youth vote to the ANC. His role may not be clearly defined now, but you will see him paired with [public enterprise minister and head of the ANC's election campaign Malusi Gigaba] soon after the manifesto launch in January to mobilise the youth vote.

"They will take Malema on. He knows Julius better than anyone else," said the provincial leader.

Lobby lists
In what appears to be a continuing trend of inclusivity under Zuma's leadership, a number of prominent leaders from the left – including Cosatu president Sdumo Dlamini, general secretary of the National Education Health and Allied Workers' Union Fikile Majola and president of the National Union of Mineworkers Senzeni Zokwana – are on the lobby lists.

North West branches have nominated party chairperson Supra Mahumapelo and premier Thandi Modise as their preferred candidates for the position of premier.

In Mpumalanga, there are two lists, with one faction preferring party chair David Mabuza and the other preferring SACP leader and provincial minister of finance Madala Masuku as premier candidates.

Quorum
Mthembu said he was not aware of allegations that Gauteng branches had been instructed not to nominate Zuma.

He dismissed suggestions that the list process was chaotic and that some branches could not quorate.

"It is understandable that some branches won't quorate, but we are not fazed by that. In all our provinces, 70% of branches have been able to quorate in terms of our constitution. They might have been queries, but our NEC deployees have attended to those problems," he said.

But regional and provincial leaders said many branch general meetings had failed to reach a quorum.

"The ANC branches only quorate because the people who do business with the government pay for them to take place. If there is no money, it's difficult for them to quorate.

Disbanded
"This is the truth that is known by everyone. People know that without government resources, we can't run the ANC. We are not even sure if KwaZulu-Natal is quorating as we know it. At times, a meeting which is supposed to start at 1pm, quorates at midnight. And you must buy food for those who wait," said a senior leader from Limpopo.

"Those who want money are in the majority in the ANC. The resolution of one million members brought with it many challenges. When it is conference time, it is time to make money. If you want a meeting to quorate, you have to buy milk and nappies. Even senior leaders sometimes call people who get business from government to say 'make resources available'. It's a serious problem."

A senior Gauteng leader sympathetic to Makhura's faction dismissed suggestions that branches had been instructed not to nominate Zuma as an attempt by some elements in the ANC, who were pushing hard for the PEC to be disbanded.

"They [the anti-Makhura group] are trying to manipulate the situation. It is nonsensical to think that Gauteng leaders would instruct branches not to nominate president Zuma. How do you interfere with branches? It's absolutely rubbish," said the Gauteng PEC member.