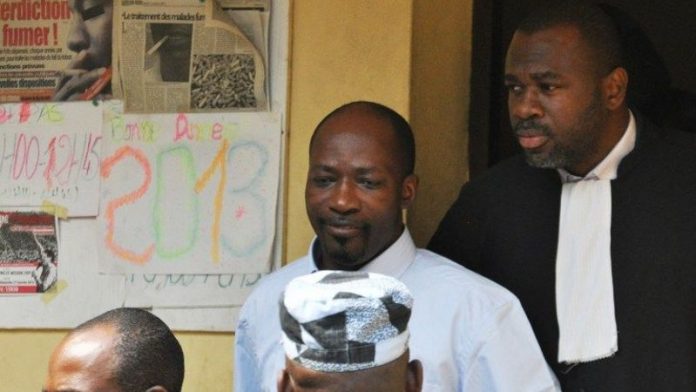 The ex-youth leader and ally of Côte d'Ivoire's former president Laurent Gbagbo should not be sent to The Hague to face the allegations, according to his legal team.

Gbagbo, who refused to give up power after losing a run-off election in 2010, has been in the ICC's custody since November 2011, accused of being responsible for rapes, murders, persecution and inhuman acts committed during the post-election fighting that killed around 3 000 people.

The ICC earlier this month made public a warrant for Ble Goude, who headed the notorious Young Patriots street militia and served as youth minister in Gbagbo's last cabinet, for his alleged role in the violence.

"We ask that the Ivorian government does not agree to transfer him to the ICC, because we think the Ivorian justice system is capable … of doing it here," Claver N'Dri, one of his lawyers, told a press conference in Abidjan on Wednesday.

Though the government of President Alassane Ouattara agreed to hand over Gbagbo, it has become less keen on cooperating with the international court as it comes under fire from African governments who say it unfairly targets the continent.

The African Union and Kenya asked the UN Security Council this week to defer ICC trials of Kenya's leaders for a year so they can deal with the aftermath of the Nairobi mall attack.

Both deny the charges and have tried to have the prosecutions adjourned or halted.

Last month, Côte d'Ivoire said it would try former first lady Simone Gbagbo, who is also being sought by the ICC, in a domestic court.

"We say that what is valid for Simone Gbagbo is also valid for Charles Ble Goude. The Côte d'Ivoire justice system is already pursuing him and he is in detention here. So he must be judged in Ivory Coast," N'Dri said.

Ouattara's government has so far declined to say whether it would deliver Ble Goude to The Hague-based court.

The ICC is seeking to charge Ble Goude, who was arrested in Ghana and extradited to Côte d'Ivoire in January, with four counts of crimes against humanity, including murder and rape, committed between December 2010 and April 2011.

Côte d'Ivoire authorities accuse him of kidnappings, illegal detentions, torture, incitement of hatred and economic crimes while a member of Gbagbo's inner circle.

He is also the target of United Nations-imposed sanctions including a travel ban and asset freeze.