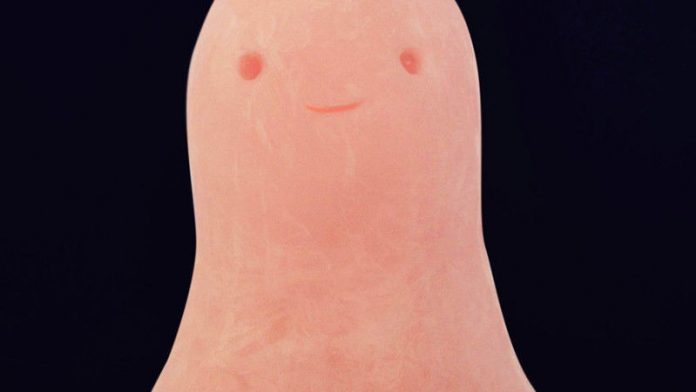 Studying literature "didn't really work out" for Klara. After graduating from the University of Cape Town she decided to study graphic design and established herself as an illustrator and artist, crafting legions of beautiful monsters and supernatural creatures in between creating award-winning advertising work.

She concedes to having affection for "ugly creatures".

Klara's current exhibition is a two-person show with artist and curator Candice Je'ek, called The Witching Hour, a sort of whimsical feminine exploration of tales (or glimpses) of the unexpected. "We gravitated to each other's work," Klara says of Je'ek, "because we have similar themes."

For the exhibition Klara conjured up a series of painting, sculptures and prints, including a candyfloss-coloured, marshmallow-scented candle in the shape of a friendly-looking ghost that measures 16cm x 10cm.

"This was kind of my first foray into sculpture," Klara says. She formed a newspaper maquette inside the layered clay, fixing it into a form. To add detail and texture she "made do" with the tools she had at hand: an embossing tool, a tool used for lino-cutting, a fork. "It's round and bulbous. More like a blob. Candice called it ‘squishy'. A blob with a face."

That was just the beginning of the ghost's story. To turn the clay into a candle, Klara first had to have the form moulded, and tracked down a mould-maker named Dilwyn somewhere in "the depth of Salt River. It was such an interesting space, filled with giant moulds from a big rocking chair to horse sculptures. Dilwyn had white hair and a big beard, and he smoked all the time."

Next Klara found a candlemaker named Olive – who has an online-based business called Olivez.Candlez – and made an appointment to see her. Klara plotted the address into her GPS and "landed up in Mitchell's Plain. I was waiting outside [the house] when a bright-yellow Honda motorbike pulled up and a policewoman in full SWAT gear climbed off." The policewoman was Olive, who also occasionally makes candles for members of her bike gang.

Klara says she wanted the final product to be "something quite soft and translucent and friendly and jelly-like, almost like a sweet. Something ethereal to balance the ghostly character."

She also wanted "a scent that was a little different. I was thinking moss or mist, but Olive didn't have those so we mixed our own and made a marshmallow smell, like a candy."

The scent, Klara says, is quite strong, even without the candle being lit, although this, too, is part of the concept. The idea, she says, is that the molten wax will trickle down and add to the silhouette, "so you're not really destroying the ghost".

She hasn't yet lit her own candle. "It's like with any special thing. A cake with really nice icing on it. You almost don't want to eat it."

Only five candles have been made so far but Jade intends to produce a total edition of 50. The works are unsigned. "I don't know how to sign candles," she laughs.