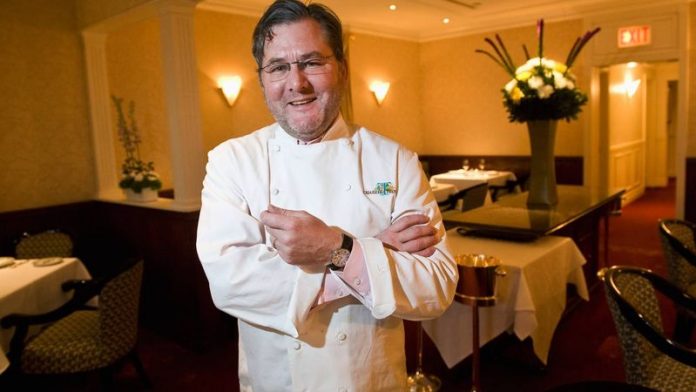 Award-winning chef Charlie Trotter, a self-taught culinary master whose eponymous Chicago restaurant elevated the city's cuisine and provided a training ground for some of the nation's other best chefs, has died at the age of 54.

Chicago Fire Department spokesperson Larry Langford said rescue crews were called at about 10am on Tuesday to his Lincoln Park home, where they found Trotter unresponsive. Langford said an ambulance crew transported Trotter to Northwestern Memorial Hospital, where he died after unsuccessful attempts to revive him.

The Cook County medical examiner's office said it was notified, and an autopsy was scheduled for Wednesday.

Trotter's name is synonymous with gourmet cuisine. He earned 10 James Beard Awards and provided a training ground for some of the country's other best-known chefs, such as fellow Beard Award-winner Grant Achatz of Chicago restaurants Alinea and Next.

"His restaurant shaped the world of food," said Dana Cowin, editor-in-chief of Food & Wine magazine. "He was so innovative and focused and intense and really brilliant. When he opened Charlie Trotter he was so original."

His legacy will be "a passion for perfection and innovation", she said.

In keeping with his reputation for bold, unexpected moves, Trotter closed the iconic 120-seat restaurant in 2012, saying he planned to go back to college to pursue a master's degree in philosophy.

Trotter was hospitalised in New York City this summer after having a seizure, close family friend and early Trotter mentor Norman Van Aken said on Tuesday. Van Aken said he didn't know what caused the seizure.

On Tuesday, a bouquet of roses was left outside the site of the former restaurant with a card that read, "Chef".

Trotter, who never went to cooking school, wrote more than a dozen cookbooks and starred in a PBS series, The Kitchen Sessions with Charlie Trotter. He credited the development of his signature style to his travels in the US and Europe after college and dining at the best restaurants.

He was famous for his reverence for details and he insisted his staff also be sticklers for exactness.

Such laser-like precision and military-style organisation was on display a few days before his restaurant closed in August of last year.

In a behind-the-scenes look for the Associated Press (AP) three days before closing night, the Charlie Trotter's staff held a typically detail-laden pre-dinner meeting, discussing specifics down to the exact dates when diners last ate at the restaurant and reminders about when to use certain wine glasses.

'You didn't have to be lovable'

"The last few times I saw him were at a food and wine festivals where people didn't recognise him. People did not acknowledge him for his incredibly important place in history," said Anthony Bourdain. "Back in Charlie's day, it was really the merit system. Being a great chef was enough. You didn't have to be lovable."

Trotter hit the road for real-world lessons on food after graduating from the University of Wisconsin at Madison. Trotter travelled around the US and Europe, eating at the finest restaurants he could.

Upon his return, he went to work testing his food in catering parties for family friends.

His first job in a kitchen was at a restaurant in Chicago's North Shore area called Sinclair's, where he worked under now well-known chefs such as Norman Van Aken and Carrie Nahabedian.

"The minute I started working in a restaurant formally as a cook or on the road to becoming a chef was like the greatest day of my life," he told the AP in 2012.

He opened Charlie Trotter's in 1987 with his father, Bob, as his partner. Over the next quarter century he became known for menus crafted with fine ingredients: naturally raised meat, line-caught seafood and organic produce.

"Charlie's personality mirrored his cooking — bold, inventive and always memorable," Emanuel said. "Charlie Trotter will be remembered for serving the finest food and his generous philanthropy, and he will always have a seat at the table among Chicago's legendary figures."

Since closing down his restaurant, Trotter had run into legal troubles.

This summer, he was sued by two New York wine collectors who say he sold them a bottle of wine for more than $46 000 that wasn't what it said on the label.

Trotter had degrees from the University of Wisconsin in political theory and philosophy.

"It's learning for learning's sake," Trotter told the AP last year in laying out his plans for further study in philosophy. "Reading some of the great books that are unread still. Only studying for studying's sake. It's sort of a lost thing."

Trotter said he was "looking for a second act in a sense".

"You've got to follow your instincts," he said. – Sapa-AP

Obama to deliver farewell address in Chicago on January 10