If they won’t swim, let them sink 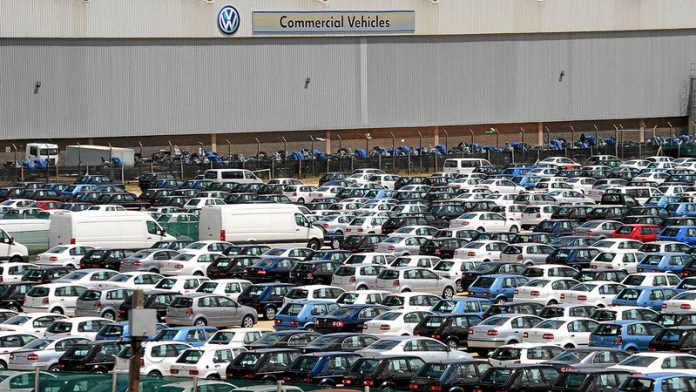 The subsidy and tariff protection plan for the motor vehicle assembly industry in South Africa has failed, by every measure except multinational profit. This year, protection will be extended — to 2020.

Superficially, the argument seems to make sense, but does it work in practice?

The domestic motor manufacturing industry emerged from apartheid an inefficient mess, but government planners thought it had potential as a core industry to boost job creation and exports.

To help the industry recapitalise and become efficient enough to compete on a global stage, the government offered it the motor industry development plan, a complex set of protectionist measures.

It certainly appears to have worked. Despite the occasional multimillion-rand fine for price-fixing and collusion, and some labour trouble now and again, South African car makers are thriving. The industry has doubled in size since 1995.

Development plan creates stable industry
The best available research into the development plan was conducted in 2006 by Frank Flatters and Nnzeni Netshitomboni at the trade and poverty project at the Southern Africa Labour and Development Research Unit of the University of Cape Town.

The industry will tell you that the development plan has created a stable, healthy industry that has boosted a wide range of exports.

Truth is, half of these exports consist of stitched leather seats and catalytic converters, and none of them is profitable without protectionist support.

They will tell you that the industry creates jobs. In fact, there has been no employment growth in the sector, despite support amounting to R100 000 per employee per year.

They will tell you that South African prices aren't much higher than those in the United Kingdom.

This is true, but it is also why Londoners like to go to Paris to buy their cars. British prices are about 30% higher than average, so the UK is hardly a benchmark worth bragging about.

The motor industry denies that local vehicles are more expensive in the domestic market because of industry protection, but Competition Commission rulings last year contradicted them.

Historical vehicle sales data likewise shows that while domestic vehicle sales have grown, sales of locally made vehicles have not, so all the gains in the sector are reflected in exports alone.

Thanks to the development plan, foreign buyers pay less than South Africans do for exactly the same locally made car.

The industry will tell you that it is not to blame for high prices, it's the government that is to blame.

Not only does that contradict their claim that prices aren't that high, but that's also the point. The development plan is to blame for high domestic car prices.

Positive result
The only positive result of years of protection has been profits for multinational motor manufacturers.

According to Flatters, by the mid-point of the gradual tariff reduction regime imposed by the development plan, about R2.60 was wasted for every rand invested in projects that existed only because of the plan.

This was, he said, a "pure wealth transfer" to multinational shareholders, and a "dead loss" for the economy.

The development plan, when it was introduced in 1995, was supposed to be a seven-year programme. Seventeen years after its inception, the plan officially came to an end last year.

But vehicle assemblers complained that they couldn't survive without protection, and threatened to disinvest, so they received a replacement, in the form of the Automotive Production Development Plan.

It will provide even more generous protection than its predecessor, lasting until at least 2020.

Warning
The Organisation for Economic Co-operation and Development has warned that the decision to maintain support for the motor industry is "a reminder that, once in place, such programmes have a tendency to persist and prove difficult to remove.

"Even if such a subsidy programme succeeds in generating exports and gaining economies of scale, the overall cost puts its effectiveness in question. … [T]he relatively high level of protection induces higher costs for consumers."

Without protection for manufacturers, new car prices would decline. Better yet, used cars could be imported to put pressure on prices.

For thousands of businesses one of the biggest capital outlays is a vehicle. Cheaper vehicles would boost the small business sector dramatically, and make startups much more likely to survive to create employment.

Without protecting a vanity industry that produces subsidised profits for multinationals and cheap luxury cars for foreigners, there is plenty for a local car industry to do.

Why should cheap light commercial vehicles ideal for local conditions be built by Koreans and Indians? Protection is arguably causing a clear case of misinvestment in our industry.

Industry sustains thousands of jobs
The local manufacturing industry is 18 years into a quarter-century-worth of support. If it cannot sustain itself by now, is there any reason to believe it will ever do so?

The industry sustains 28 000 jobs today. In 1995, when the development plan was launched, it employed 40 000 people. Higher labour efficiency is to be commended in any industry, but it does undermine the belief that government subsidies and tariff protection result in more jobs.

All the development plan did for South Africa was to reward foreign companies for employing fewer South Africans.

From service and maintenance to transport and petrol stations, the labour-intensive downstream motor trade employs 200 000 people — far more than the coddled manufacturing sector.

Higher vehicle sales show a correlation with employment in this sector.

Therefore, lower prices resulting from lower levels of protection will result in real, sustainable employment gains that cannot be had in the upstream assembly sector.

Expensive plans
Both the development plans are expensive. It has proved impossible to wean the eternally infant motor industry off these protectionist programmes.

It is actively counter-productive for job creation. If you're a shareholder in a multinational manufacturer, however, living it up on the South African taxpayer's dime is highly recommended.

This article is an adapted extract from a talk by Ivo Vegter on free trade.

It was delivered to the South African Institute of Race Relations on October 17, on the occasion of the 50th ­anniversary of the Friedrich Naumann ­Foundation's work in ­promoting ­freedom in Africa