2013 to be seventh hottest year 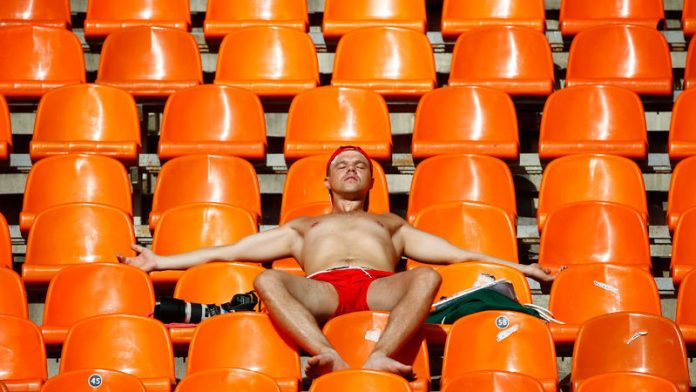 The World Meterological Organisation's "Provisional annual statement on the Status of the Global Climate 2013" said this year is on course to be among the top ten warmest since records began.

Global land and ocean surface temperatures were 0.48°C above the average from 1961 to 1990. The organisation is the United Nations body tasked with collating meteorological information across the planet.

The first nine months of the year tied with 2003 as the seventh warmest on record. The period was also warmer than 2011 and 2012. This heat increase was in a year where neither El Niño or La Niña were present. These have been responsible for the two warmest years ever recorded – 1998 and 2010 – because they increase ocean temperatures, which in turn drive land temperatures.

"All of the warmest years have been since 1998 and this year once again continues the underlying, long-term trend," said the organisation's secretary-general Michel Jarraud. "The coldest years now are warmer than the hottest years before 1998." With record levels of greenhouse gases in the atmosphere, and no reduction in emissions, the world was committed to a warmer future, he said.

The warming also means that global sea levels are at a record high. Sea levels have been rising at 3.2 millimetres a year since 1993 when satellites started recording the change. With 90% of all the incoming solar radiation going into the oceans, the report said the oceans would warm and expand for hundreds of years to come.

Record lows, record highs
Arctic sea ice – one of the most visible and tangible examples of climate change – had recovered from its record low cover in 2012. But this year was still one of the lowest years on record. Every one of the last seven years has also been in the record for the lowest sea ice extent.

While there have been some alarming increases in regional temperatures – Australia's average daily maximum for January was 37°C – the global increase has been more gradual. This is also the case in South Africa, where temperatures are increasing but not in a quick and catastrophic way.

The predictions are that by mid-century the interior temperatures locally will increase by up to 6°C, with a 2°C increase along the coast. This gradual change will, however, lead to big changes as entire ecosystems shift location or die out where they are. The most tangible and problematic change will be in rainfall, with less expected everywhere across the country except the north-eastern part.

The recent release of the Intergovernmental Panel on Climate Change's big report ended any doubt that humans are driving climate change. This year atmospheric concentrations of greenhouse gases also hit the 400 parts per million mark – a number which climate negotiations in the 1990s said could not be exceeded. The new maximum number is 450.

World governments are meeting in Warsaw, Poland, for the 19th session of the Congress of Parties. This is a continuation of discussions intended to create some sort of a globally-binding agreement to tackle carbon emissions and climate change. An agreement is supposed to come into effect in 2020, which should see every country urgently tackling its emissions.