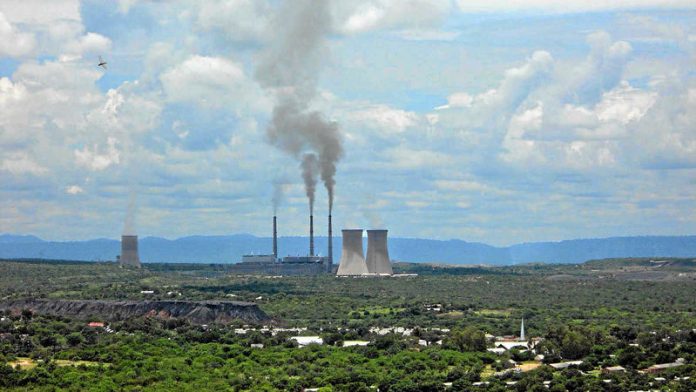 Zimbabwe may be willing to bend over backwards, ignoring its own indigenisation policy, to accommodate controversial British property magnate Nicholas van Hoogstraten, who is offering $50-million to bail out the struggling coal mining company, Hwange Colliery Company Limited (HCCL).

In exchange for the bail-out, Van Hoogstraten wants a controlling stake.

The state is the major shareholder in Hwange, which is the country's biggest coal producer and has been producing 200 000 tonnes a month.

Under Zimbabwe's indigenisation law, foreigners may not own the majority stake in companies. It is mandatory that indigenous Zimbabweans must have 51% of their shareholdings.

But, economic analysts say, the government is in a fix over Hwange, which urgently needs a capital injection of at least a $20-million.

It is hamstrung by a $14-million debt — accrued by a backlog of six months' unpaid salaries — obsolete equipment and an external $160-million debt, which have frustrated all efforts to turn the company around.

Stringent terms
The terms of Van Hoogstraten's offer are stringent. He will use a family investment vehicle, Willoughby's Consolidated, a London-based company, to increase his stake in the coal mining company above the 51% threshold in the next five years.

Van Hoogstraten holds a 30% stake in the Hwange, the government has the majority 37.08% stake and the rest is held by minority shareholders.

Under the terms of the deal, the government will retain its current stake and a co-ordinating committee comprising three Willoughby's representatives and two HCCL directors will be put in place, after which the $50-million loan will be released to the company.

The capital injection will be formalised and secured by the issue of convertible loan stock with a 10% interest rate, a conversion rate of one new $0.25c ordinary share for each $0.50c of loan stock and convertible at the end of the fourth year.

Debts owed to statutory bodies will be converted into five-year preference shares at a par value of $1 and a 5% interest rate. Banks owed money by the company will receive an immediate 50% cash payout.

A special board meeting was convened last week to consider the offer. In a statement after the meeting, the company said the board took cognisance of the conditions relating to the offer and their effect on the rights of other shareholders.

The bank will make recommendations by the end of this month.

Hwange is one of the many government-controlled parastatals that is struggling. In its latest financial results, it posted a $4.5-million operating loss in the half year to June.

It had an operating profit of $1.6-million for the same period last year.

Revenue from sales for the half-year was $40.4-million compared to the $51.8-million recorded during the same period in 2012.

Workers strike over salaries
The company employs nearly 3 000 workers, who went on strike in September over the non-payment of salaries.

The wives and partners of the workers joined in the demand for their salaries to be paid and were involved in skirmishes with anti-riot police outside the company's premises.

Banking sources familiar with the Van Hoogstraten offer said this week that the IDBZ, in its capacity as a financial adviser, would also help to weed out potential landmines, such as contravening the indigenisation law.

"The company needs the money, but, at the same time, it does not want to find itself caught in between the difficult space where it has flouted any laws of the land regarding ownership structures," a banking official who requested anonymity said.

Francis Nhema, the youth development, indigenisation and economic empowerment minister, said this week that his ministry had not been approached to consider Van Hoogstraten's offer.

"I am not aware of the finer details of the deal but I am certain that once they [HCCL] have gone through the offer, they will bring it to us for consideration. So far no one yet has approached us," Nhema said.

Economic commentator John Robertson said the indigenisation law is of little significance when it is clear that Hwange is in dire need of capital and the government is cash-strapped and unable to provide the funding.

"We cannot really think in terms of indigenisation. The mine needs money and what matters is that there is someone that wants to provide the financial resources.

"I can't think of any reason why they would turn down the offer if the terms are acceptable to them. Even if it meant a transfer of 100% ownership, it really wouldn't matter", Robertson said.

Van Hoogstraten: The lender of last resort
Although Nicholas van Hoogstraten holds shares in Zimbabwe's flagship companies such as the Hwange Colliery Company Limited, Harare Safari Lodge and the Rainbow Tourism Group and trades extensively on the Zimbabwe Stock Exchange, he has built up a reputation as something of a loan shark.

He has even extended loans to ailing government parastatals.

"I am the lender of last resort," he once boasted. "Everyone in Harare knows where to go when they find themselves in a financial fix. People come here on their own looking for money. I don't even advertise. They look for me.

Van Hoogstraten is regarded as one of the wealthiest men in Zimbabwe. His clients have included Air Zimbabwe and he is thought to finance Zanu-PF.

He is one of the country's largest private landowners and owns several expensive properties in Harare.

He has also been linked to the Hamilton Financial Group, a microfinancier that once offered a $2-million loan to Air Zimbabwe and is also known to lend money to small business owners.

In July 2011, he was embroiled in a fierce boardroom clash with the country's largest cellphone operator, Econet Wireless Zimbabwe.

Both held shares in the Rainbow Tourism Group and, when he tried to impose a new board of directors, picked by him from his Hamilton company, on RTG, Econet resisted it.

In turn, he threatened to expose "fraud" by Econet dating back to 2005, allegations it denied.

He has close political connections and once described Robert Mugabe as his "friend" and a "true English gentleman".