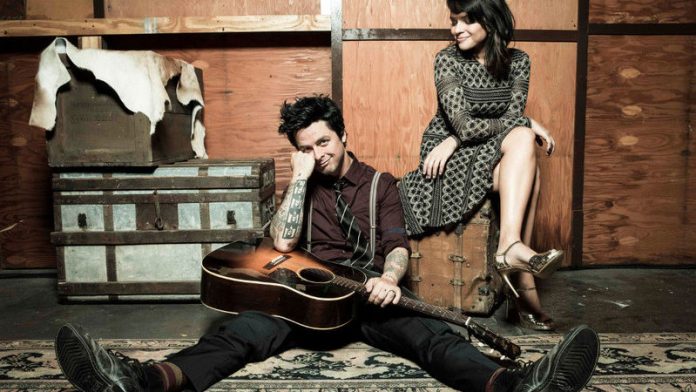 The album is a 12-song collection inspired by Songs Our Daddy Taught Us, an album of traditional Americana songs reinterpreted, recorded, and released by harmony country and rock 'n roll  duo The Everly Brothers in 1958.

Jones and Armstrong interpret several traditional songs, including Roving Gambler, Down In The Willow Garden, Long Time Gone, Who's Gonna Shoe Your Pretty Little Feet?, and Barbara Allen, as well as country songs like That Silver Haired Daddy of Mine and Karl Davis's Kentucky.

"I've been a big fan of The Everly Brothers since I was a little boy," Armstrong says.

"A couple of years ago, I discovered Songs Our Daddy Taught Us for the first time, and I fell in love with it. I was playing it every day and thought it would be a cool idea to redo the record, but with a female singer. I thought of Norah because she can sing anything, from rock to jazz to blues, and I knew her harmonies would be amazing.

"I thought the songs would take on a different meaning working with her, and she has a really good ear for arrangements. I was mainly intrigued by these old traditionals [sic], country songs, and hymns. When we were done with the album, Norah looked at me and said, 'I bet you didn’t think you were going to make a country record, huh?'"

Jones, a long-time Everly Brothers fan herself, who used to cover Bird Dog in a previous band, describes herself as "a sucker for harmonies and country music". Also, she says, "Billie Joe's enthusiasm about the songs and his low-key, open approach to the music was very inviting. He wasn't set in his ideas, which made it fun for us both to sort of discover what felt right for us, musically."

Watch Billie Joe and Norah discuss each track on Foreverly:

The track listing for Foreverly:

The Boss battled the old SA

Springsteen: A lesson in myth-making

Feelin’ nearly faded as my jeans