Silence and secrecy: Let us shine a light on our secrets 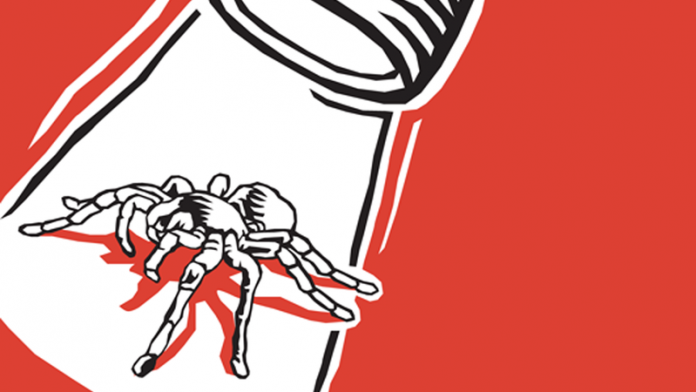 Our destiny as a nation is encapsulated in the preamble to the Constitution. After giving recognition to the injustices of the past, it proclaims four goals for the new republic, including to establish a new society, one that is "based on democratic values, social justice and fundamental human rights" and to "improve the quality of life of all citizens and free the potential of each person".

To facilitate the achievement of this goal we have designed a republic that is founded on the rule of law and the supremacy of the Constitution. We have made a commitment to address the adverse socioeconomic conditions brought about by past discrimination.

Freedom of information and freedom of expression are some of the greatest achievements of the great democratic revolution. Together they empower people to gain control over their lives.

This empowerment is essential to a democracy like ours that is both representative and participatory. It gives people the capacity to engage in public debate and to hold government and other organs of state accountable. This is not only essential for an informed exercise of the right to vote but is also vital to effective participation in the law-making process and in the governance of our country that is demanded by the Constitution.

The South African Human Rights Commission's 2011-2012 section 32 report, which deals with the exercise of the right of access to information, shows that, "while there is an increase in requests for information from the public, government's readiness to meet the demand for information remains consistently low".

It also found that "public institutions do not take initiatives to carry out their duties in terms of the Promotion of Access to Information Act".

After auditing 13 institutions for the period 2011-2012, the commission concluded that compliance rates have not reached a satisfactory level, taking into consideration the number of years in which the Act has been in operation. It identified several factors that have a bearing on compliance, including lack of awareness about the provisions of the Act, which, it said, has remained a consistent hindrance to compliance.

It also mentioned bureaucratic resistance, which takes a variety of forms: "Compliance monitoring carried out during the course of the reporting period consistently revealed a disregard of the Act."

In light of this, the right of access to information needs reaffirmation and renewed emphasis. It needs this all the more in the current climate for at least three reasons.

Fundamental freedoms
First, as we approach the 20th year of our constitutional democracy, it is proper that we should stand back and reflect on whether we have lived up to the constitutional promise of a society based on democratic values, social justice and fundamental freedoms. And, perhaps more importantly, we should ask ourselves whether we have delivered on the promise to alleviate the adverse socio-economic conditions of the past.

Second, this year marks the 100th anniversary of the Native Land Act of 1913, which was the primary instrument that was used to deprive black people of their land. We should ask ourselves what progress we have made in land restitution, as required by section 25 of the Constitution.

Third, apart from these matters, there are profound moral and political issues that we, as a nation, should be debating. They range from the relationship between children and teachers to conditions in our public schools and hospitals; from corruption in our public institutions to the criteria for appointing judges to our courts, in particular, how to reconcile the need to comply with the constitutional injunction to pay attention to gender and racial transformation in appointing judges while ensuring excellence in the judicial system.

Why is it that the majority of our municipalities consistently receive a qualified audit from the auditor general and how can we address the problems that plague the police force? The list is long, and I need not exhaust it here.

Our ability to debate these issues constructively and devise solutions to these and other pressing issues facing our constitutional democracy depends crucially on our ability to receive accurate information pertaining to these issues. And debating these issues is essential to an informed exercise of the right to vote as the 2014 elections draw near.

Access to information is a basic tool for building the new society and the democratic government that are contemplated in the Constitution.

The society the Constitution envisages is a society of citizens, not of subjects. Citizens question, they request and they demand. Their voices are loud; they complain and they criticise. But they obey the law because ours is a republic founded on the rule of law. By contrast, subjects obey; they accept and keep quiet.

The Constitution requires that the public be encouraged to participate in policy-making and that the government facilitates the participation of the public in the law-making process. Our democracy requires politically active citizens, and the right of access to information is a tool that enables the people of this country to fulfil their civic duties.

Access to information
In recent years, our newspapers have reported on allegations of corruption almost every week. Corruption in the public sector is a source for grave concern.

It has been reported that, during its first six years of operation, the national anti-corruption hotline, a government initiative to combat corruption, received 7 922 reports of alleged corruption: an average of 141 reports a month, or 4.7 reports a day.

In July, it was reported that the state has recovered R300-million after investigations into allegations of corruption received through the hotline. In addition, 1 002 officials were found guilty of corruption during the 2011-2012 and 2012-2013 financial years.

Access to information can be an essential tool in combating corruption and other maladministration practices. Secrecy is a fertile ground for inefficiency, wastefulness and corruption.

Investigative journalists and nongovernmental organisations fighting corruption rely on the right of access to information to expose it and this can go a long way towards ridding our country of the scourge of corruption.

Publicity
As United States judge Louis Brandeis famously observed: "Publicity is justly commended as a remedy for social and industrial diseases. Sunlight is said to be the best of disinfectants; electric light the most efficient policeman."

In a similar vein, former minister of justice Penuell Maduna, during the adoption of the Protection of Access to Information Act in Parliament, said its adoption marked the "turning on of the light to bring to an end the secrecy and silence that characterised decades of apartheid rule".

Its role in enhancing democratic participation, ensuring transparency, accountability and combating corruption accounts for the universal recognition of the right of access to information as a fundamental human right.

This is an edited extract from the Bram Fischer Memorial Lecture, convened by the Legal Resources Centre and delivered earlier this month