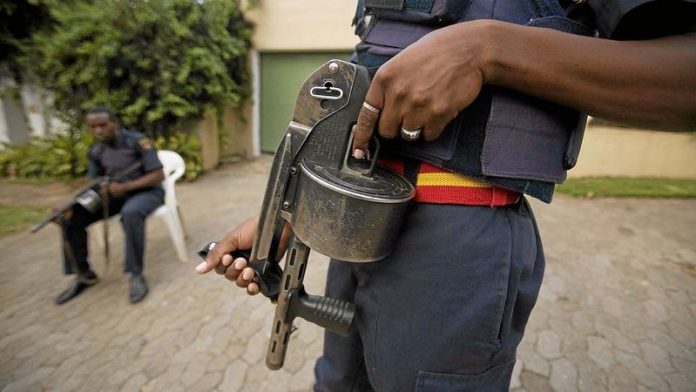 The battle to secure South Africa has become a war zone in itself, with the stretched police service in one corner and the ­burgeoning multibillion-rand ­private security industry in the other.

The private security industry has become one of significant value for the country, with spending on guarding fees alone amounting to R50?billion in 2011 — 16% of the national gross domestic product for that year.

It is also the largest entry-level employer in the country, according to the Security Industry Alliance.

But four of the largest security companies operating in South Africa are foreign owned, which is a concern for the South African Police Service (SAPS) and an alleged threat to national security.

And this, it seems, is the reason for the reappearance of a controversial clause in the Private Security Industry Regulation Amendment Bill, which seeks to dilute the foreign shareholding of these companies by requiring those operating locally to have a South African shareholding of at least 51%.

There is widespread concern that the clause could have vast consequences, even causing job losses and disinvestment in the industry.

The investigation included interviews with former guards at the Mangaung prison, run by multinational security company G4S, which alleged that inmates were forcibly injected with antipsychotics and received electroshocks to subdue and control them.

With little data available, the full extent of foreign ownership in South Africa's private security sector is not known.

He said that the main foreign-owned private security companies operating in South Africa, namely ADT, Chubb, G4S and Securitas, are also among the largest in the market and collectively employ 30 000 South Africans.

Although this constitutes just 7.5% of an estimated 400 000 active and registered security officers, the employers outside the top 10 are numerous and fragmented, he said.

"It is the largest employer and the largest manned guarding company," Diavastos said. "ADT would be the largest armed response company."

He said a measure by revenue would probably result in a different company taking top position. G4S employs 16 000 people, but is only the country's third biggest guarding company and a market leader in cash-in-transit operations.

The spokesperson for the ministry of police, Zweli Mnisi, said South Africa has the largest private security industry in the world, but Diavastos said this is not entirely accurate.

"What they mean to say is that we have the largest ratio of security officers to police employees. This happens in other countries as well, but not as much as in South Africa."

According to the police's annual report for the year ending March 2013, there are 155 531 employees in the service.

Dilution of foreign ownership
And according to the Private Security Industry Regulatory Authority's 2011-2012 report, there are 427 174 active, registered security officers, or about 2.7 for every police officer on the ground.

However, Steve Conradie, the chief executive of the Security Industry Alliance, said countries such as France and the United States have higher ratios when it comes to private security guards versus police officers.

Although the dilution of foreign ownership is unlikely to curb demand, there is concern that it would have a devastating effect on this lucrative industry, especially if it was extended to suppliers of electronic equipment.

"Other companies [including Sony, Samsung and Siemens] who manufacture any kind of security equipment such as CCTV cameras will also fall under the ambit of the revised legislation, and will thus be subject to the same limitations on foreign ownership," Diavastos said.

"Similarly, IT companies that incorporate security-related services such as access control systems will fall under the ambit of the revised legislation … The number of international companies that will be affected by the limitation of foreign ownership has yet to be quantified, but will undoubtedly be substantial and damaging to both the sector and the broader economy."

Then there is the question of ownership when a company is listed on a stock exchange. All of the biggest foreign-owned private security companies in South Africa, or their parent companies, are listed on stock exchanges abroad.

Difficult to keep track
"It would be a real practical impediment," Diavastos said. "Once listed, it is hard to keep track of how many of those shares are held by pension funds or brokers on behalf of foreign citizens."

The Democratic Alliance's spokesperson on police, Dianne Kohler Barnard, said the effects would reach more than just foreign-owned private security companies, "starting with the small guys, from locksmiths to anyone who makes imports and exports".

She said that foreigners living in South Africa, even those who are permanent residents, would not be able to work in any security-related industry, "from someone who manufactures burglar bars to anything associated with private security".

Kohler Barnard said the clause, if implemented, would fly in the face of the Constitution as well as a number of international treaties.

Private security insiders believe the dilution of foreign ownership would cause disinvestment.

"Many international companies have invested substantially in the sector, and the advent of these limitations will cause irreparable devastation of investor value. [They] may [also] have a negative impact on the creation of an open environment for investment and job creation that could foreseeably extend beyond just the private security sector," Diavastos said.

G4S operates in 125 countries, including some where there are limitations on foreign ownership in general, but often not limited to security companies, Diavastos said.

"In most cases, we are permitted to retain a majority shareholding and partner with local shareholders. Contrary to some reports, it is not true that foreign ownership of security companies is outlawed in major markets such as the United Kingdom and the US."

All the largest private security companies also comply with black economic empowerment requirements and G4S, for example, has a BEE shareholding of 26%.

Mnisi said Police Minister Nathi Mthethwa has dispelled claims that changes in ownership would lead to job losses, as the provision of security services depends on supply and demand and a change of ownership would not change demand. It would also not cause disinvestment, he said.

"Indications are that when the time comes, they will sell the relevant shares to comply with the law [and not close] down, as we are led to believe. Private security companies, like any businesses, are driven by profit, nothing else."

Controversial clause keeps returning
An attempt to force foreign ownership out of the private security sector began 13 years ago when the government first proposed an outright ban on foreign-owned security companies.

But after an outcry from the industry and much consultation, talk of such a clause faded into oblivion — only for the idea to re-emerge in October last year when a clause requiring all security companies to have a 51% local shareholding was introduced into the draft Private Security Industry Regulation Amendment Bill.

Dianne Kohler Barnard, the Democratic Alliance's spokesperson on policing, said the Bill was "horrific and xenophobic", adding that Parliament's police committee voted unanimously to have it redrafted.

"A month ago [the Bill] came back to us — and we were delighted … we were finished and due to vote on it the next day."

But the clause seeking to dilute foreign ownership was reintroduced at the last minute. She wrote to the Speaker to object, as there had not been a chance to take the issue to the party caucuses.

The clause has since been sent back to Parliament's police committee for further consideration. Final processing of the Bill is likely to take place only in 2014.

The stop-start effect
"The whole thing seems a bit odd," said Costa Diavastos, chairperson of the Security Association of South Africa and an executive director of the Security Industry Alliance.

"It appears there are certain forces in government and Parliament propelling this, and others kicking against [it]. So we are getting this stop-start effect."

According to an article by Unisa's programme head for security management, Anthony Minnaar, titled Private-public partnerships: Private security, crime prevention and policing in South Africa, in 2004 the then minister for intelligence services, Lindiwe Sisulu, launched an inquiry to review the regulation of the private security industry.

This followed concerns about its expansion, especially regarding the "intelligence" activities of these companies and foreign involvement in them.

But Kohler Barnard said the assertion that foreign-owned private security companies present a threat to national security is ludicrous.

"There is no research, no proof; it's just a thumb-suck because xenophobia sounds good in the run-up to a general election."

She said that the ministry of police appears intent on pushing the clause through, which is a major concern.

Private security in numbers
In its report for the 2011-2012 financial year, the Private Security Industry Regulatory Authority's statistics reveal "a steady and consistent increase in most categories of security businesses and security officers". Key figures include: