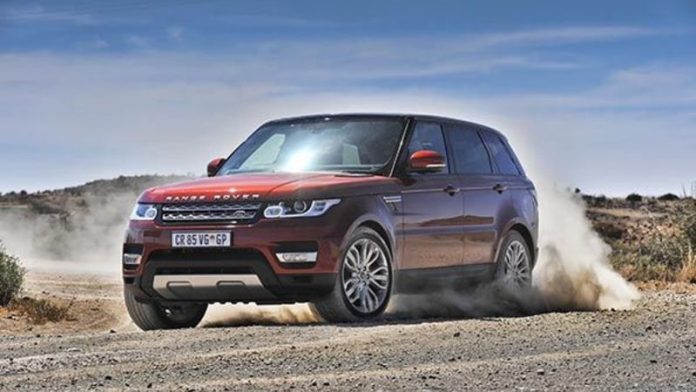 Aah, December. That time of the year when we’re all dreaming about going on holiday and planning our road trips.

Packing bags and snacks the night before. Waking up early while it’s still dark. Hitting the road as the sun starts peeping over the horizon.

Stopping at an Ultra City for a Wimpy breakfast. Fending off the endless stream of impatient are-we-there-yet cries from the rear seat.

Road safety instructors, in a bid to remind us that we should always be vigilant on the roads, always remind us that the holiday starts the moment we get into the car.

The journey is part of the holiday. If you’ve got the right car it can be a very memorable one — for all the right reasons.

And if you want a memorable trip for all the wrong reasons, you can attempt going on holiday in one of the cars below.

These are the sort of machines that, while desirable, pleasant and sensible in many ways, will leave you pulling your hair out. They’re far from terrible cars. They are just terrible for taking on holiday.

Jaguar F-Type (from R845 000)
Jag’s latest British brute is so beautiful it probably started life as a design exercise for making a car that looks like a model wearing lingerie.

It’s only later down the line that somebody sensible suggested: “How about making it a spiritual successor to the beloved E-Type from the 60s?”

This homage to the quintessential jet-setter’s sports car of yesteryear also packs a punch with its choice of three engines: a 250kW supercharged V6; a tuned version of that engine producing 280kW; and a supercharged V8 churning out 364kW.

Well, enjoy doing all of that in the clothes you left Jo’burg in, because you’re not taking any bags on this trip: the F-Type has about the same amount of packing space as a designer handbag. Unless you’re couriering down your luggage, scratch all plans for driving down to the coast in one of these.

Nissan Leaf (from R446 000)
South Africa’s very first electric production car is actually a fantastic bit of kit, and a true taste of the future of urban motoring.

Now you can drive around town without harming the planet, while pointing and laughing at numpties as you pass petrol stations. Guilt-free schadenfreude, if ever there was.

But with a range of of just 195km you’ll have to be content with spending your holiday at home.

Either that, or you’re driving to Cape Town over the course of 7 days, charging as you go. Just bring your own extension.

Then again, traffic in Johannesburg is lovely around this time of the year, and a week-long trip through our scenic country could just be the makings of a grand holiday tale. Just be careful when overtaking trucks: the LEAF’s top speed is limited to 144km/h.

Subaru BRZ (from R389 900)
We could pick on the size of the BRZ’s boot, which sees some of its loading area taken up by a full-sized spare wheel.

We could also pick on Subaru’s loose interpretation of the concept of rear legroom — in reality, only very young kids would be happy in the back for trips less than 200km long.

However, the truth is that Subaru’s lightweight, rear-wheel drive sports car is a brilliant steer.

Sure, it’s not that practical, and it’s a clone of the Toyota 86, but for a young couple doing the long haul across South Africa it has ample amounts of comfort and refinement. And it also has cruise control.

That sounds like the perfect holiday, until you realise that you’re just going to end up going everywhere sideways.

It’s hilariously fun to drive and misbehave in, but with South Africa’s road safety record the police are less than likely to be impressed by your drifting skills.

Christmas eve in jail sounds dreadful: South African cells have no chimneys or fireplaces, drastically reducing chances of getting a visit from a fat sleigh pilot in a red suit.

Honda Brio (from R122 300)
Honda’s cute and likeable student runabout is all about getting the young population mobile — a noble goal in our developing economy.

That said, what’s good for students is unlikely to cut it in the real world of going on holiday with the family — and even for a young couple with no kids or luggage the Brio is going to present one, unsurmountable problem: that 1.2-litre engine couldn’t pull the skin off custard, and its uphill struggles will be the kind that — if cars could write — it would write a book about. Save it for the university commute, instead.

Toyota Hilux Double Cab (from R350 000)
Believe it or not, the Hilux is South Africa’s most popular vehicle, topping the sales charts month in and month out. That should make it the ideal choice for going on holiday.

After all, it’s practical and spacious, the 4×4 models will go anywhere, and Toyota’s bulletproof build quality means a Hilux is more reliable than the mountains — and will still be around long after they crumble.

Those qualities don’t mean a thing when you’re trying to find a parking in a small tourist town, when the 5-metre-long Hilux proves to be a menace.

Also, good luck keeping your suitcases secure with just a tonneau cover. Combine that with the fuel consumption of the 4-litre V6 model and … let’s just say that you’re likely to arrive at your destination lighter in both wallet and luggage.

Then what should I take?
Five cars you shouldn’t use to go on holiday is hardly a list filled with handy advice. To make up for that, there’s some light at the end of the tunnel — a single car that picks up the baton these five dropped. Meet the 2013 Range Rover Sport (from R824 500).

The company’s second attempt at making a sporty SUV not only proves that practice makes perfect, it also breaks Hollywood’s mould by being a successful sequel.

In diesel trim (3-litre turbodiesel V6, 215kW) it has enough punch to munch miles with aplomb, and does so economically. Drive sensibly, and you’ll get close to the quoted economy figure of less than 7-litres/100km, on the open road.

When the going gets tough, sandy, flooded or rocky, there’s a more-than-capable all-wheel drive system to pull you out of hairy situations — even while shod with wide road tyres.

It’s even talented in the twisties: with a lighter body, proper suspension, and a capable chassis it will keep many hot hatches very honest.

Plus, it seats the whole family, accommodates everybody’s luggage, and has an interior on par with German luxury sedans. A perfect all-rounder and the best car to take on holiday, ever.

Christo van Gemert has been enjoying road trips for longer than he has been writing about them. His own car has less packing space than a desk drawer and he has to bum lifts to the airport. He thinks the best road trip car is Oupa’s 1994 Toyota Camry