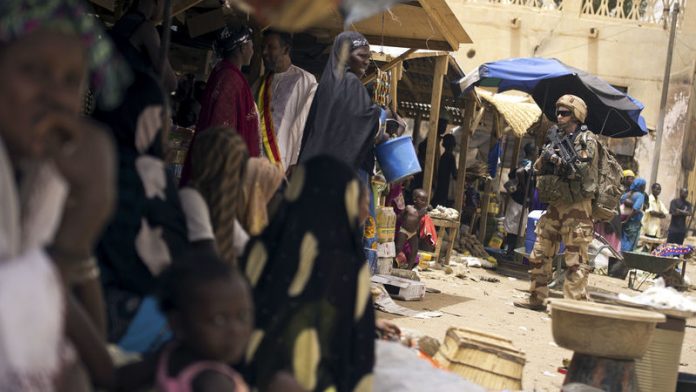 The officer, on secondment with the French army, was ambushed by a gunman as he left his home in his car on Friday, but managed to escape with his life after being grazed on the head by a bullet.

"Mohamed Kane, born in 1970, who on Friday perpetrated an attack targeted at a French officer, said he hates white people. He is not 100% in possession of all his senses," said a Malian security source. Kane has completed part of his studies abroad where he told the investigators he was the victim of "many injustices, bullying, especially from Russian students".

The source said Kane was incoherent in questioning, but could have been influenced by the fighting in northern Mali, where armed Islamists have been launching attacks after being ousted by a French-led military intervention earlier this year.

An official from the Malian justice ministry said Kane had attacked a European with a knife last year. "In the current context, we will strengthen security measures in Bamako so that we are not caught out," a Bamako police official told AFP.

The victim, a member of France's 100 000-strong Gendarmerie, a branch of the military under the interior ministry in charge of national security and public safety, was working with the French army in Bamako. "I was leaving my home by car when the man shot at me. I was slightly wounded in the head and shoulder," he told AFP shortly after the incident.

The city's police said special forces had raided the gunman's home and found a home-made gun and "pile of religious books" on Islam.

"At the moment we have three lines of enquiry," a Malian security ministry source told AFP. "The man who fired the gun may not be in possession of all his faculties, or this could be the lone action of an extremist, or a targeted attack of a terrorist nature."

Thousands of French troops have been in Mali since launching a military offensive in January against al Qaeda-linked fighters who had occupied the north and were advancing towards the capital. The incident came with Mali preparing to hold parliamentary elections on Sunday, the first since a military coup in March last year which upended one of the region's most stable democracies. – Sapa

Review: Restaging the history of Mansa Musa through ‘Sun of the Soil’