Verashni Pillay: Why the DA’s race decision is a big deal 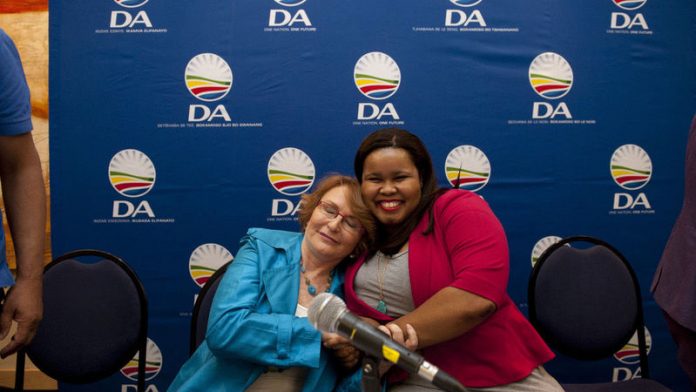 The Democratic Alliance's (DA's) decision that race matters in labour policy is a pretty big deal as far as internal dynamics in the country's opposition goes.

Ahead of the party's policy conference last weekend, you'd be forgiven for having a sense of schizophrenia about the DA's position on the matter. The historically predominantly white party was buffeted by powerful winds of criticism, particularly from its conservative critics and former leaders, about its consideration that actually, historical disadvantage and race were pretty intrinsically tied in this country.

You'd think it was obvious, and it was for a number of people in the party – including its leader Helen Zille. But the older, conservative lot would have none of it. I spoke to a number of DA people who insisted that disadvantage had to be divorced from race as there would be no end in sight otherwise. They were adamant that the party was committed to diversity in the workplace, and that to mention race would be a betrayal of everything for which the party, with its traditionally liberal outlook, stood.

The continuing lambasting from critics seemed to have weakened the DA's sense of resolve about its position, and it genuinely appeared they had very little come-back on this crucial issue. To grow as a party, it was a no-brainer that the DA needed to appeal to black voters, for whom such legislation was a heart issue, and a moral one. Yet the party dilly-dallied over its position, retracting its support for the Employment Equity Amendment Bill after a blast of criticism from its former leader, Tony Leon.

Was anyone in the party going to fight back, I wondered? Analyst Eusebius McKaiser spoke about a seeming loss of intellectual prowess in the current leadership to defend its decisions.

But then the Mail & Guardian began hearing about a number of mostly young black and other like-minded leaders in the party who were mounting a fight-back.

And the party's number two, Lindiwe Mazibuko, began speaking out with astonishing frankness about her own belief for the need for embracing race-based policies such as black economic empowerment and employment equity where necessary, and with the DA's own spin on it. She was honest that the party was indeed a bit divided on the issue, but they were hoping to settle their differences at the conference.

I wondered if she would succeed, having heard some strong statements from others in the party against her views. The DA is made up of various ideological groups that can sometimes come into conflict. It has long seemed that the former National Party types who had been absorbed into the party under Leon, and even the white liberal progressives from the party's early formation, yielded an inordinate amount of influence that prevented the party from shaking off its damaging predominantly white image.

But Mazibuko, along with the group she stands with, managed to do something I despaired she would never do. She stopped singing from exactly the same hymn sheet as Zille, her initial mentor and sponsor in the party, and started asserting herself. She then aligned herself with a number of other like-minded leaders, even where it didn't suit Zille and other important people in the party. Many of her new allies were rising black leaders in the party who all saw the need for the DA to shake off its lukewarm response on this critical issue and appeal to more South Africans. And they were able to convince the party to come out at the end of their policy conference and say that yes, indeed, race does matter.

The decision implies a lot about Mazibuko's strengthened position in the party. Recently there have been rumours that some of her initial supporters in the DA's caucus in Parliament were withdrawing from her, while her competitors in the party seemed to be mounting something of a smear campaign against her by. But Mazibuko seems to have matured since she first shot up the ranks of the party from the position of a humble researcher.

Mazibuko has identified where the party needs to go and made some difficult decisions to that effect, which no doubt made her unpopular with certain groups in the party. She took a risk aligning herself with certain people and not others. I once thought Mazibuko did not use her considerable assets enough and toed the official DA line too doggedly. I now see she's coming into her own as a leader and the outcome from this policy conference, the party's first, shows that.

Now there's a lot more they need to clarify and already questions are emerging on how to effectively measure their version of affirmative action, and whether their stance really is anything to write home about.

But the fact of the announcement marks a watershed moment for the party.

I don't for a moment believe Zille when she says that there wasn't much internal wrangling over the position at the conference. There was too massive a difference in opinion from the people I spoke to ahead of the conference. All I know is that the group that went in stating their dedication to race-based policies, young as they were in the party, scored a victory that puts the party on a new track. Finally, away from its usual tiring and annoyingly defensive posture on race and historical disadvantage.

Although the ANC have the intellectual monopoly in this area, nearly everyone agrees, the opposition is playing catch up. And it's a start that puts the DA on a far more interesting course than it seemed set on before.