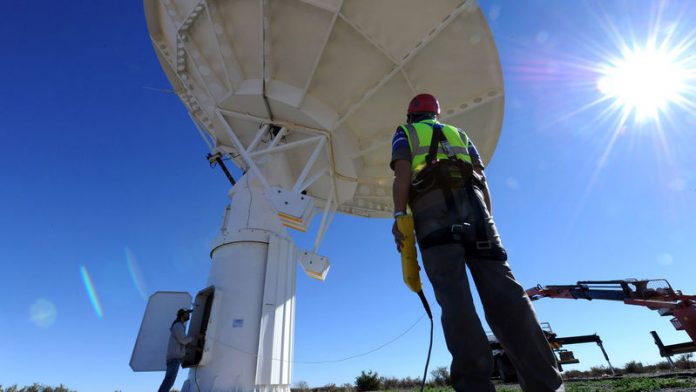 South Africa and Australia will host the €2-billion radio telescope, which will consist of thousands of antenna and dishes. But a common question is how can a developing country, such as South Africa, justify building huge scientific infrastructure.

The SKA Organisation, which is overseeing the pre-construction phase of the telescope, was considering the principle of juste retour – French for 'fair return' – which is in effect with other similar large scientific projects such as the European Southern Observatory and the Cern, the home of the Large Hadron particle accelerator, SKA Organisation director general Phil Diamond told the Mail & Guardian.

"The SKA is not unique in this … Governments put in several tens of millions, contributing to construction. They expect approximately the same coming back to their national industries," he said

The issue of funding has not been decided, SKA South Africa director Bernie Fanaroff said on Tuesday, but "the board of directors has indicated that it would like all of this to be concluded during 2014".

However, Diamond said that South Africa and Australia would definitely feel economic benefits flowing into their economies as the SKA had a life span of more than 50 years.

Running costs
Previous estimates were that running and operational costs would be in the region of €150-million to €200-million a year, but those were before the site was split between the two continents.

"It's hard to estimate how much of [that] will find its way into the economy," Diamond said, citing employment and the procurement of goods and services. "And then you add that up over several decades."

Fanaroff said that he believed the main SKA spin-off in South Africa would be developing big data capacity. "It is essentially a new industry, an important industry with wide commercial interest and applicability," he said.

Since big data was a new industry, it also meant that South Africa would be able to get its foot in the door early. "The barriers to entry are not high. It's not as if you have to build big manufacturing plants to get into it … [but] no country has anything like sufficient capability."

"What does South Africa have to do to be a leader in big data by 2020?" Fanaroff asked. "There's no reason we shouldn't be."

Increasing the skills to deal with the SKA – including the ability to crunch large data sets, which will be necessary for the giant telescope – was a major part of the SKA, Diamond said.

He was speaking to the M&G from the SKA bursars conference in Stellenbosch last week, which was attended by 215 delegates.

"Ten years ago, there might have been nine radio astronomers in South Africa, look now," he said.

Bursaries
The SKA South Africa has disbursed more than 400 bursaries to prospective scientists, engineers and artisans.

"The majority of students in that room will not stay in astronomy or the SKA. They will go into economy," Diamond said.

"Engineers, mathematicians, computer scientists, a steady stream of such people going through [the system] on an annual basis.

"The excitement of big physics projects – and communicating that to the public – translates into more students wanting to do physics and engineering," Diamond said.