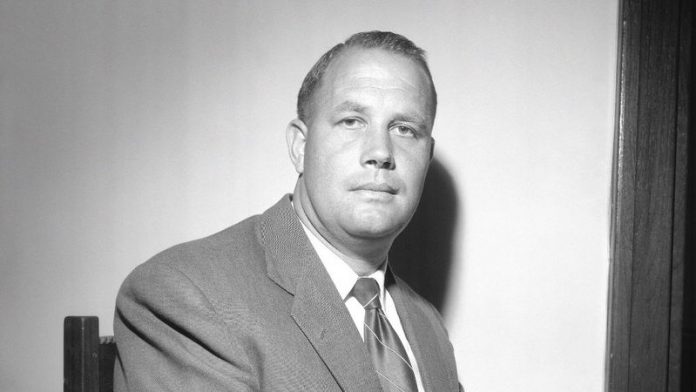 In November 1994, at the end of the first session of South Africa's first democratic Parliament, I arranged for a small group of Democratic Party MPs to have lunch in Pretoria with former president Nelson Mandela to discuss some challenges affecting the new legislature.

On arrival, in the dining room at the official residence, Mandela arranged the seating with this instruction: "Colin, you sit at the head of the table – you are the senior man here in terms of service." Mandela was addressing our veteran parliamentary caucus chairperson, Colin Eglin, who had first been elected to Parliament some 36 years before, in 1958.

So advised, he and the rest of our group arranged ourselves and sat down to lunch. But Eglin, would outlast Mandela in terms of political service by some years – he would go on in Parliament for another decade, finally retiring in 2004.

His death on Friday night at the age of 88 after a short illness draws the curtain on an immense and consequential career characterised by equal measures of tenacity and intelligence, and an adaptive pragmatism, which married the pursuit of principle to the realities of an often changing political environment. He was also famously irascible, and on his own description had a reputation for being “Mr Gruff”. He was also fascinated by, and relentlessly travelled the world. Just months before his death, Eglin had gone on a visit to some of the sites of his Second World War service in Europe.

He had faked his birth year to enlist for service at the age of 16, which made a remarkable counterpoint to certain National Party MPs, who sabotaged the war effort and accused him and his party of being "unpatriotic".

Eglin outlived every political leader he served under or succeeded him, from Sir De Villiers Graaff to Dr Frederik Van Zyl Slabbert, bar this writer and current leader Helen Zille. Our own relationship, separated by a gulf of over two decades in age, was characterised by the fact that I was just 13 years-old when he first became leader of the Progressive Party in 1971 and when I became leader of the Democratic Party in 1994, he was still a member of its then reduced parliamentary caucus.

This rather intimidating fact certainly meant I paid special attention to his wise counsel and he was famously very forthright in the advice he provided. He was what could be described as a "critical loyalist" – unflinching in his commitment to the political cause to which he devoted his life and unrelenting in his view on how it could be best advanced.

But of the many relationships he forged, both within the confines of party and across the political aisle, the most significant was with the late anti-apartheid activist, Helen Suzman.

Eglin and Suzman and his other great political and personal friend (and leadership successor) Zach de Beer, were three of the baker's dozen parliamentarians who broke away from the United Party over its equivocations on the racial issues that dominated white politics in 1959, and for the decades that followed.

However, in the 1961 general election, it was only Suzman who retained her seat in Parliament. But it was Eglin from outside of the legislature, first as the small Progressive Party executive chairperson and later as leader, who provided the essential support. If Suzman provided the movement with its voice and charisma, it was Eglin who maintained, and crucially also modernised, its engine room. In a statement by Suzman, she wrote that "it was only his own party that underrated him".

This criticism was correct, and despite Suzman's support for his leadership and opposition on both occassions to his ousting, that Eglin was twice elected and then replaced as party leader. His first tenure from 1971 to 1979 was crowned by success. He led his party out of its one-seat marginalism on the periphery of white politics to official opposition status within six years. Despite this, Eglin became a personal victim of his own achievement: for all his outsize political gifts, he lacked the compelling charisma of one of the men he recruited from the groves of academe to parliamentary service, Van Zyl Slabbert, who ousted him as leader.

Ironically, in turn, Slabbert had one crucial deficiency, which Eglin had in spades: staying power. Eglin, on one occasion described the pursuit of the liberal cause on the stony soil of South Africa as "the politics of the long haul". And when Slabbert, despairing of any change from the platform of the tricameral Parliament, quit the leadership in a fiery act of self-immolation in 1986, it was again to Eglin that his shell-shocked colleagues turned to give the lead. His next leadership period was less successful and in the 1987 election, the resurgent right-wing Conservative Party replaced the Progressive Federal Party as official opposition in 1987. A year later, Eglin handed over the leadership to his friend De Beer.

But freed of a leadership role, Eglin in Parliament and more significantly at the World Trade Centre had his finest hour. He played an immense and often unheralded role at the constitutional negotiations from 1991 onward, which inked the new Constitution and the country's fresh democratic order, the achievement of which was the motive force for his five decades in politics.

Eglin was, in every sense, a great soldier.

Old and young face off in DA battle