Transatlantic trade deal is too opaque 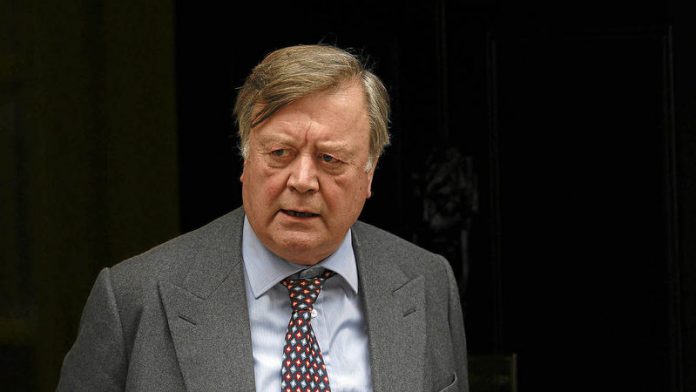 Panic spreads through the European Commission like ferrets in a rabbit warren. Its plans to create a single market incorporating Europe and the United States, progressing so nicely when hardly anyone knew, have been blown wide open.

All over Europe people are asking why this is happening; why they were not consulted; for whom it is being done. They have good reason to ask.

The commission insists that its Transatlantic Trade and Investment Partnership should include a toxic mechanism called investor-state ­dispute settlement.

Where this has been forced into other trade agreements, it has allowed corporations to sue governments before secretive arbitration panels composed of corporate lawyers, which bypass domestic courts and override the will of parliaments.

This mechanism could threaten almost any way by which governments might seek to defend their citizens or protect the natural world.

Already it is being used by mining companies to sue governments trying to keep them out of protected areas; by banks fighting financial regulation; by a nuclear company contesting Germany's decision to switch off atomic power.

The promise
After a big political fight, we've now been promised plain packaging for cigarettes. But it could be nixed by an offshore arbitration panel.

The tobacco company Philip Morris is suing Australia through the same mechanism in another treaty.

No longer able to keep this process quiet, the European Commission has instead devised a strategy for lying to us.

A few days ago, an internal document was leaked. This reveals that a "dedicated communications operation" is being "co-ordinated across the commission".

It involves, to use the commission's chilling phrase, the "management of stakeholders, social media and transparency". Managing transparency should be adopted as its motto.

The message is that the trade deal is about "delivering growth and jobs" and will not "undermine regulation and existing levels of protection in areas like health, safety and the ­environment". This is not true.

Persistent digging
From the outset, the transatlantic partnership has been driven by corporations and their lobby groups, who boast of being able to "cowrite" it.

Persistent digging by the Corporate Europe Observatory reveals that the commission has held eight meetings on the issue with civil society groups, and 119 with corporations and their lobbyists.

Unlike the civil society meetings, these have taken place behind closed doors and have not been disclosed online.

Though the commission now tells the public that it will protect "the state's right to regulate", this isn't the message the corporations have been hearing.

In an interview last week, Stuart Eizenstat, co-chair of the Transatlantic Business Council — instrumental in driving the process — was asked whether companies whose products had been banned by regulators would be able to sue. Yes.

"If a suit like that was brought and was successful, it would mean that the country banning the product would have to pay compensation to the industry involved or let the product in."

What's the need for an offshore arbitration?
Would that apply to the European ban on chicken carcasses washed with chlorine, a controversial practice permitted in the US?

What the commission and its member governments fail to explain is why we need offshore arbitration at all.

It insists that domestic courts "might be biased or lack independence", but which courts is it talking about? It won't say.

Last month, while trying to defend the treaty, the British minister Kenneth Clarke said something revealing: "Investor protection is a standard part of free-trade agreements — it was designed to support businesses investing in countries where the rule of law is unpredictable, to say the least."

So what is it doing in a European Union-US deal? Why are we using measures designed to protect corporate interests in failed states in countries with a functioning judicial system?

The commission's claim that the trade deal will produce growth and jobs is also likely false. Barack Obama promised that the US-Korea Free Trade Agreement would increase US exports by $10-billion. They immediately fell by $3.5-billion.

As the commentator Glyn Moody says: "The benefits are slight and illusory, while the risks are very real."

So where are our elected representatives? Fast asleep. Labour members of the European Parliament, now frantically trying to keep investor-state dispute mechanisms out of the agreement, are the exception; the rest are in Neverland.

The Liberal Democrat in the European Parliament, Graham Watson, wrote in his newsletter, before dismissing the idea: "I am told that columnists on the Guardian and the Independent claim it will hugely advantage US multinational companies to the detriment of Europe."

The pros and cons of the treaty
We said no such thing, as he would know had he read the articles, rather than idiotically relying on hearsay.

The treaty is likely to advantage the corporations of both the US and the European Union, while disadvantaging their people.

It presents a danger to democracy and public protection throughout the trading area.

Caroline Lucas, one of the few MPs interested in the sovereignty of Parliament, has published an early-day motion on the issue. It has so far been signed by seven MPs.

For the government, Clarke argues that to ignore the potential economic gains "in favour of blowing up a controversy around one small part of the negotiations, known as investor protection, seems to me positively Scroogelike".

Quite right too. Overriding our laws, stripping away our rights, making Parliament redundant: these are trivial and irrelevant beside the issue of how much money could be made. Don't worry about it. — © Guardian News and Media 2013 A fully referenced version of this article can be found at monbiot.com