Presidency confirms dozens of heads of state for Mandela memorial 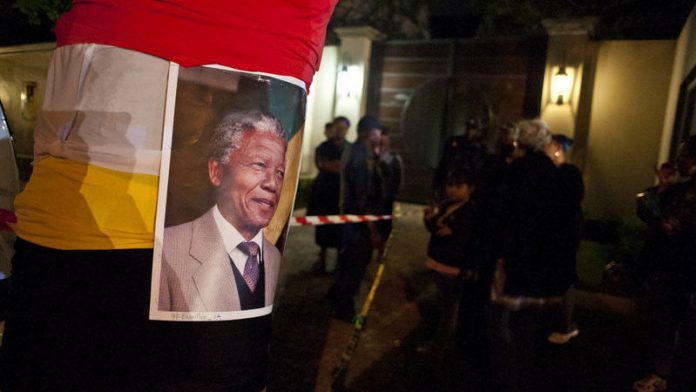 Minister in the Presidency Collins Chabane confirmed on Sunday that 13 African heads of state and 15 of their counterparts from elsewhere have been confirmed for Nelson Mandela's memorial service at the FNB Stadium in Johannesburg on Tuesday. Many of them are already making their way into the country.

Chabane, along with Johannesburg mayor Parks Tau and representatives of the Mandela family, including Ndaba Mandela and General TT Matanzima, addressed the media to give more details on Sunday.

Of the confirmed international guests, Chabane said US President Barack Obama and Michelle would be present, as well as former US presidents Bill Clinton, George Bush and Jimmy Carter and their spouses. The US also confirmed 26 additional congress men and women. Brazil President Dilma Rousseff as well as four prior heads of state are also confirmed.

"It is not appropriate to stand here and name all of the guests who will be in attendance at the memorial service, but they will be made available on government websites as and when they come in," said Chabane.

The official memorial service at FNB Stadium will start at 11am with gates opening at 6am to the public.

"Entry to the stadium will be in a first come first serve basis", said Chabane, while Ellis Park, Orlando and Dobsonville stadiums are all being equipped to provide big screens to the crowd overflow. No private vehicles will be given access to the stadium and Tau urged the public to make use of public transport, such as the Gautrain, Metro rail and Rea Vaya.

Gratitude
Matanzima, representing the Mandela family, issued a statement expressing their gratitude for all the support received from the public. "Our burden of pain and sorrow is daily being lessened by the outpouring of grief nationally and internationally", read Matanzima from the statement. "Our mothers Graça Machel​ and Winnie Madikizela-Mandela are cognisant of the love and support", he said.

"They express their conviction that Mandela will continue to blossom forever in all of us." The family's statement said that while they remain said, they do not despair.

"Pride and gratitude is the strongest emotion we share as a family", he said.

Chabane said the memorial service is an international event and the programme, which has not been finalised, will include tributes by heads of state as well as an address from President Jacob Zuma.

Further details will be made available to the public once the family and government have signed off.