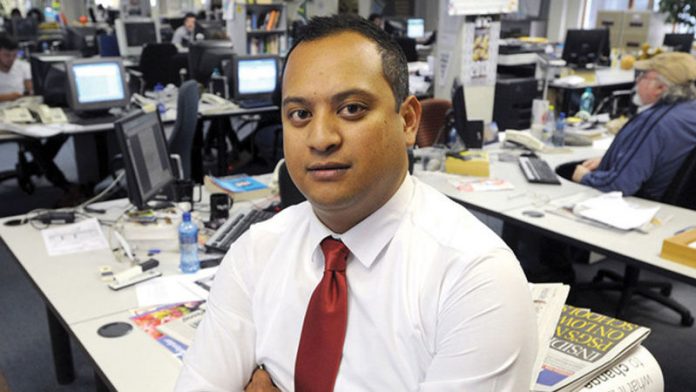 EyeWitness News (EWN) on Monday added to the intrigue surrounding the ousting of Cape Times editor Alide Dasnois, saying her replacement Gasant Abarder had "absconded" from his position as Cape Town news editor.

Although he resigned from EWN last month, "on Friday evening, he wrote a late-night email to management informing them that he was leaving with immediate effect and would not be returning to Primedia Broadcasting [which owns EWN]", the news organisation said on Tuesday.

It is understood that, also on Friday, Dasnois was informed of her removal as Cape Times editor by Iqbal Survé​, the executive chairperson of Sekunjalo Consortium. Sekunjalo is the controlling shareholder of Independent Newspapers, which owns the Cape Times among many other titles, such as the Star in Gauteng.

It is not clear why Dasnois was fired. However, her removal from office coincides with the newspaper publishing a front-page article on public protector Thuli Madonsela's finding that Agriculture, Forestry and Fisheries Minister Tina Joemat-Pettersson was guilty of maladministration, as well as improper and unethical conduct in the irregular awarding of an R800-million tender to a Sekunjalo subsidiary to manage the state's fishery vessels.

'Shock and concern'
On Monday, the South African National Editors' Forum (Sanef) expressed "shock and concern" at the removal of Dasnois, calling for an explanation. "Sanef is concerned whether it has any connection with the publication of a story in the newspaper on Friday," it said.

"Sanef condemns any interference with the independence of editors and journalists when carrying out their duties. We call on Sekunjalo Holdings to clarify the issues relating to Dasnois's sudden dismissal without delay and to desist from making threats against the staffers."

Dasnois declined to comment on Sunday, except to say: "I am in the process of seeking legal advice."

Social media has been abuzz with condemnation of Dasnois' removal, with numerous tweets of solidarity and people saying they will cancel their subscription to the newspaper in protest.