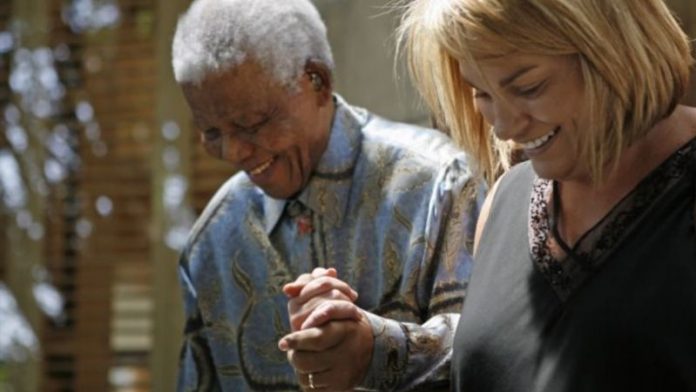 In an interview on Talk Radio 702, Zelda la Grange spoke about being the personal assistant to late former president Nelson Mandela.

"You can't use our names in the same sentence … What I missed [out on in my personal life] can never compare to what he sacrificed. It was such a privilege," La Grange said after many South Africans thanked her for her personal sacrifice and dedication to Mandela.

The former aide, affectionately called "Zeldina" by her boss, shared personal stories about her time working for the icon.

The nickname originated during a state visit to Russia in 1999, La Grange said. "Madiba just decided my name is Zeldina and almost everyone is calling me that [now]," she said.

Mentor
Madiba was the easiest person to work with, she said. "He was [more of a] mentor."

After he retired from public life, La Grange said, she took over all dealings with the media. Mandela phoned her soon after and asked her to arrange a press conference for the next day.

"Five minutes later I phoned him back and said 'Nkhulu, how do I call a press conference?' He took me through it step by step … He was the best boss ever. I'm really not saying it because it's Nelson Mandela or anything."

She told talk show host Redi Tlhabi that she had "loved [Madiba] deeply", and did not think it was possible to be prepared enough for his death.

"We're overcome by a feeling of loss and sadness."

She struggled to watch "someone so strong deteriorating in health" but was careful to say everything she wanted to say to him every time she went to his home over the last few months.

'Bad person'
Being a personal assistant to one of the most in-demand people in the world meant La Grange sometimes had to be the "bad person".

"You know how disciplined [Mandela] was … he was strict, [and] punctual … Someone had to take the blame to take him away. I’ve been called [many] names … rottweiler, general … but someone had to do that so he got done what he wanted to do. I felt a lot of pressure and stress."

It was her shared respect for punctuality and efficiency that got La Grange one of the closest work positions to Mandela.

"We shared a work ethic. I'm a punctual person. I act immediately. He appreciated that and it served him well. That's really all it is."

She said he would phone her at 2am, for example, and say "tomorrow morning, first thing, I want to speak to minister [Kader] Asmal at 7am".

She said she would put everything else aside to make sure that this was arranged.

"Not having children or dependents made it easy for me to support him in the way he needed."

When it came to moving up to Johannesburg from Cape Town, he offered for her to stay in his home.

"I said no because that would have been a crossed boundary. I never went and sat there and had tea or whatever. [We] would've become too familiar. It doesn't take away from the fact that I deeply loved him because I worked for him for so long."

She cried briefly on air when talking about how grateful she was to her supportive parents and brother, and laughed when she described a phone call from someone who needed help with training his pet parrot to talk with Mandela's accent.

It was important, she said, to make use of the Nelson Mandela Centre of Memory that "has all the things we are grappling with today … If you want to know what he said about nationalisation … relationships, it's there.

"We need to study his legacy and disseminate it … then we can achieve the South Africa we all dream of," she said.