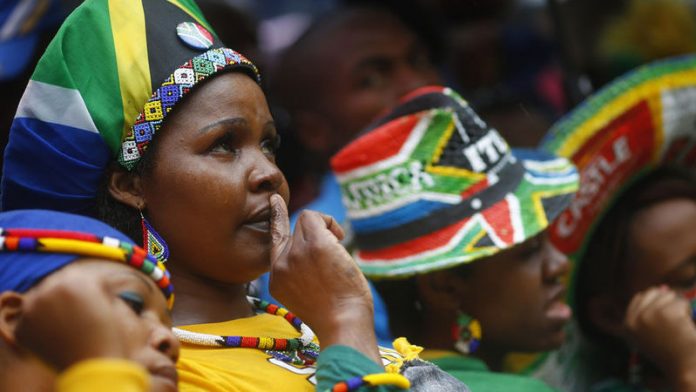 President Jacob Zuma was booed several times on Tuesday by a section of the crowd at Nelson Mandela's memorial service in Johannesburg.

This was in contrast to former president Thabo Mbeki, who received loud cheers together with Mandela's ex-wife Winnie Madikizela-Mandela and UN secretary general Ban Ki-moon. Zuma was booed when the screens showed him arriving with his two wives, Bongi Ngema and Thobeka Madiba, and twice again when he was introduced by programme director Cyril Ramaphosa.

This could send a wrong signal to international leaders who came to pay their last respects to Mandela, about how firmly in charge Zuma is of South Africa. Around 90 heads of state are in the country to mourn Mandela and this memorial service could provide a platform for Zuma to shine.

The majority of those booing Zuma were earlier singing ANC struggle songs in honour of Madiba. Zuma, who is also the president of the ANC currently for a second term, is due to contest next year's general election for state president position.

The event FNB Stadium in Soweto is the government's official memorial service before Mandela is buried at his Qunu home on Sunday.

Winnie and Graça
Meanwhile, Mandela's wife Graça Machel, and Madikizela-Mandela both received loud cheers as the service got underway around noon with the singing of the national anthem.

Nelson Mandela's ex-wife bent down to embrace Machel before taking her own seat. They held onto each other for a few moments, both clad in black jackets, dresses and turbans.

Both women were loudly cheered by the crowd.

ANC deputy president Ramaphosa began welcoming the arriving heads of state at 11.30am.

As he called out their names, the dignitaries walked to the front of the podium to receive what turned out to be mostly applause from the audience.