Amcu gets permission to strike at Lonmin 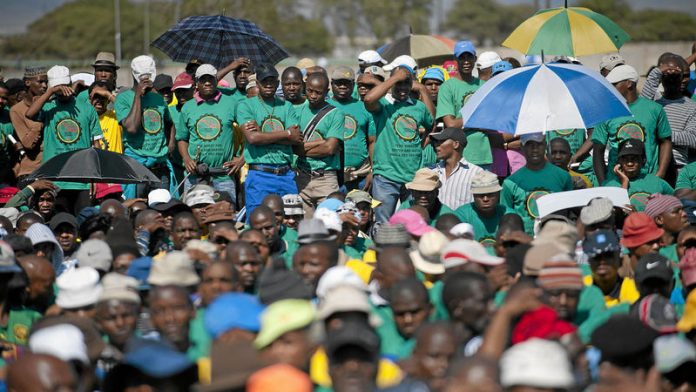 The largest union at Lonmin's mines got permission to strike after a mediator failed to resolve a deadlock over wages between the labour group and the world's third-biggest producer of the metal.

The Commission for Conciliation, Mediation and Arbitration (CCMA) on Tuesday issued a certificate of non-resolution over the dispute after the Association of Mineworkers and Construction Union (Amcu) rejected Lonmin's wage-increase proposals for the year through September, Amcu National Treasurer Jimmy Gama said by phone. The certificate allows workers to strike without the risk of dismissal from their jobs.

"Whether a strike will happen depends on what our members say," Gama said. The CCMA permit allows Amcu's members to stop work within 48 hours of giving the company notice. A decision on a strike would only be made next year, Gama said.

Amcu usurped the National Union of Mineworkers (NUM) in the past year as the biggest representative of employees at the world's three largest platinum producers. The union is demanding that basic monthly wages for the lowest paid underground workers be more than doubled to R12 500 rand. South Africa's annual inflation rate was 5.5% in October.

Sue Vey, a spokesperson for Lonmin, declined to comment.

Amcu has already received permission to strike at Anglo American Platinum, the largest producer, and Impala. The union's members on October 28 voted to strike at Impala, without setting a date. Impala and Amcu will again meet for talks on December 12 after the union lowered its demand for a basic monthly wage to R8 668 on November 12.

Revised Deal
The producer that day revised its offer for the lowest-paid below-surface workers to an increase of 8.5% for the first year of a three-year deal. Impala employees currently earn R5 500 per month, excluding benefits.

Amcu will ask members to decide on a possible strike at Anglo Platinum once they return in January from a two-week break, Gama said on November 26. Amplats has offered increases of 7%.

A strike led by the NUM at Northam Platinum, owner of the world's deepest platinum mine, remains unresolved, the union's chief negotiator, Ecliff Tantsi, said on Tuesday by phone. The strike started on November 3.

Lonmin was disrupted by a six-week, unauthorised strike last year, during which at least 44 miners died, including 34 killed by police in a single day near the company's Marikana mine in August 2012. – Bloomberg