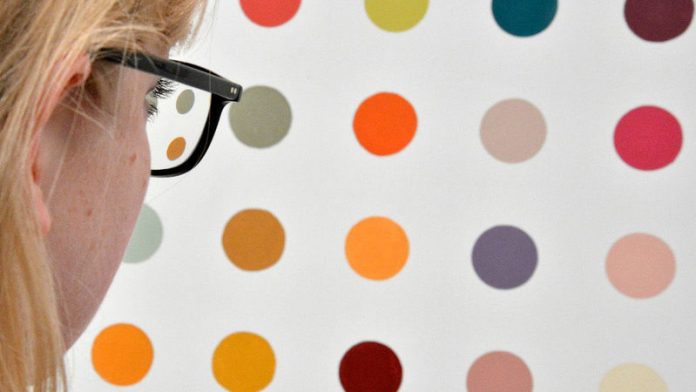 Two works, both from artist Damien Hirst's colourful series of "spot paintings", have been stolen from a London gallery. Together they are worth around £33 000.

They were stolen from the Exhibitionist Gallery in west London in the early hours of Monday.

The thief forced open the gallery's front doors and made off with the two etchings in a hatchback car, said Scotland Yard.

"The items would have been visible in the back of the car and we are appealing for any witnesses or anyone with information to please come forward."

Richest artist in the world
Hirst (48) rose to fame as one of the Young British Artists who dominated the art scene in the 1990s.

He won the prestigious Turner Prize for contemporary art in 1995.

Known for his formaldehyde preservations of dead animals as well as his multicoloured "spot paintings", he is one of the richest artists in the world.

His show at London's Tate Modern last year was the most popular in the gallery's history, with some 463 000 visitors queueing to see works including a diamond-encrusted human skull called For The Love Of God. – AFP

Old England is just so yesterday

From Hirst to last in chic circles

Damien Hirst: ‘Anyone can be Rembrandt’