Floyd Shivambu: Mandela was never a member of the communist party 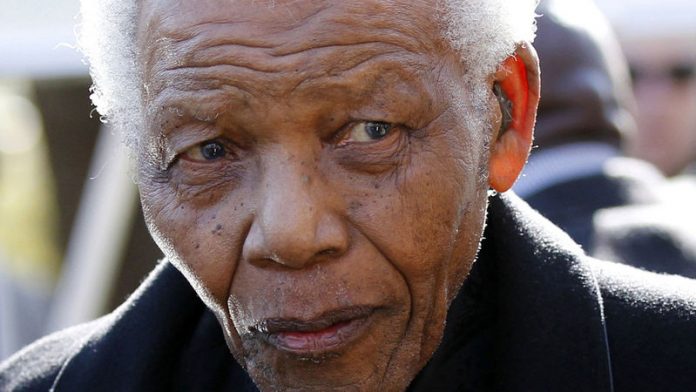 As part of its message of condolences on December 6 2013, both the South African Communist Party (SACP) and the ANC claimed that President Nelson Mandela was a member of the central committee of the SACP during his arrest in 1962.

In its statement, the SACP said: "At his arrest in 1962, Nelson Mandela was not only a member of the underground SACP, but was also a member of the party's central committee. To us as South African communists, Cde Mandela shall forever symbolise the monumental contribution of the SACP in our liberation struggle."

In its first statement to announce the death of Mandela, the SACP's erstwhile chairperson, its current central committee member and ANC secretary general Gwede Mantashe repeats the same claim in the first official statement of the ANC, saying: "Madiba was also a member of the South African Communist Party, where he served in the central committee."

These are unsubstantiated claims, which has left some of us, who are critical students of Mandela and his politics, thinking. On various occasions, Mandela said he was never a member of the communist party, but did not see anything wrong with its political relationship to the ANC.

Now, the ANC and SACP's statements that Mandela was a central committee member should be clarified, not because it means anything really, because it is now evident that the SACP would have done exactly what the ANC did upon seizure of political power: capitulation to white monopoly capital and retention of apartheid property relations. What the ANC and SACP's statements of December 6 2013 basically claim is that Mandela lied to the people of South Africa, when he said he was not a member of the communist party. Some of us cannot live with the possibility that Tata Nelson Mandela could have misled the nation on basic things such as this, particularly if he served at central committee level.

In the document he prepared for his meeting with PW Botha and published in July 1989, Mandela said: "My political beliefs have been explained in the course of several political trials in which I was charged, in the policy documents of the ANC, and in my autobiography The Struggle is my Life, which I wrote in prison in 1975. I state in these trials and publications that I did not belong to any organisation apart from the ANC." Mandela repeats this assertion on many other occasions, including on his reflections of the debates that happened in prison.

In the famous Rivonia Trial statement delivered in 1964, Mandela says: "There are many Africans who today tend to equate freedom with communism. They are supported in this belief by a legislature which brands all exponents of democratic government and African freedom as communists and bans them under the Suppression of Communism Act. Although I have NEVER been a member of the Communist Party, I myself have been named under that pernicious Act because of the role I played in the defiance campaign. I have also been banned and imprisoned under that Act." All of us know that Mandela used the word "never" to mean exactly that, but the SACP and ANC's statements say that these were all lies. How an SACP central committee member from 1962 could say those words, escapes our imagination.

As early as 1956, or even earlier, Mandela always drew a distinct line between the communist party and the ANC; and also between the struggle for national liberation and the struggle for socialism towards communism. Defending the Freedom Charter against those who proclaimed it a socialist programme in the ANC, Mandela (1956) specifically said: "While the Charter proclaims democratic changes of a far-reaching nature it is by no means a blue-print for a socialist state but a programme for the unification of various classes and groupings amongst the people on a democratic basis. Under socialism the workers hold state power. They and the peasants own the means of production, the land, the factories and the mills. All production is for use and not for profit."

In his autobiography, Mandela describes how he explained to those he held the talks before talks with behind prison walls that his mission and the struggle he was in pursuit of was not a communist revolution. Writing about the 1988 working group meeting which had begun to discuss the details of South Africa's transition, Mandela says: "They were also concerned about the idea of nationalisation, insisting that the ANC and the Freedom Charter supported the wholesale nationalisation of the South African economy. I explained that we were for a more even distribution of the rewards of certain industries, industries that were already monopolies, and that nationalisation might occur in some of those areas. But I said the Freedom Charter was not a blueprint for socialism but for African-style capitalism. I told them I have not changed my mind since then."

There are many other references which keep Mandela at arms' length of anything to do with communism, including the 1994 May Day interview he did with the Sunday Times. "In our economic policies – there is not a single reference to things like nationalisation, and this is not accidental. There is not a single slogan that will connect us with and Marxist ideology."

Now, with all these empirical evidence and arguments, the ANC and SACP say to the people of South Africa, less than 24 hours after the liberation struggle hero passed on, that he was a member of the central committee of the "Marxist-Leninist" South African Communist Party. Mandela was evidently never a member of the SACP, despite the admission he makes in the letter to PW Botha. "It is true, as I have already stated, that I have been influenced by Marxist thought. But this is also true of many of the leaders of the new independent states. Such widely different persons as Gandhi, Nehru, Nkrumah, and Nasser all acknowledge this fact," he said.

Why would the SACP, and the 101-year-old ANC make such a hilarious fabrication? There are two possible reasons. The first is best explained by what the proponent of this claim, Mantashe, always uses as examples. Mantashe recounts the story of underweight mineworkers who would put stones in their pockets in order to weigh more on the scale which determined what mineworkers could be employed in South Africa's mines. The extra weight secured them jobs they would otherwise not have acquired. The SACP, with no relevance in South African society today, is using Mandela's name to gain additional weight, with the hope that they will gain acceptance in society. Unfortunately it will not be happen, because the hollowness of the ideals and practice has been exposed for all to see.

The second reason could be a string of "swart-gevaar" (black danger) propaganda initiated by the apartheid regime, and strangely found its way into critically acclaimed books, such as the once recently published by Stephen Ellis titled External Missions: The ANC in Exile. This propaganda purports that the struggle for national liberation was exclusively a mission of communists who wanted to capture South Africa for a misguided communist project; and the armed struggle was an idea and project of the SACP decided in a secret meeting in Emmerentia, Johannesburg in 1960. Perhaps such false propaganda has had some impact in the political history of South Africa, because FW De Klerk cites the collapse of communism as prime among the reasons he announced the release of Mandela on February 2 1990.

In a recently published interview, Andrew Mlangeni, who is Nelson Mandela's fellow Rivonia Trialist and a Robben Island prisoner for 26 years said: "Those who say Madiba was a member of the party [SACP] must tell us where." Between the current leadership of the ANC/SACP and struggle stalwarts, Mandela and Mlangeni, it is safe to believe Mlangeni/Mandela because they stayed true to course for national liberation. We don't agree with the current ideological poster of the ANC and the SACP and some of the economic policies pursued by Mandela, but how many more lies will we endure from the SACP and the ANC?

Floyd Shivambu is the EFF commissar for political education, research and policy.