The saint versus the humanist 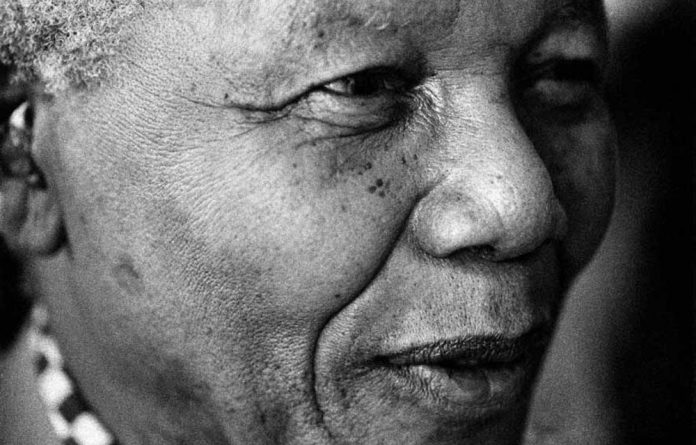 Nelson Mandela and Mohandas Gandhi were in some ways twins – and in other ways were starkly contrasting figures.

Both could lay claim to being the fathers of their respective countries, but they were more than nationalist icons. Their names are inseparably linked with the most important shift in the 20th-century ideological climate: the idea that legalised race discrimination and the domination of one national group by another are morally indefensible.

When Gandhi arrived in Durban in 1893, it was almost universally assumed that a hierarchy of races was part of the natural order.

Although entirely free of crude race prejudice, Gandhi himself acknowledged that whites "should remain predominant in South Africa".

Yet the famous incident in which he was thrown out of a first-class railway carriage in Pietermaritzburg vividly impressed on him that even professional Indians were at the bottom of the racial pile.

Although Mandela's activism began much later, in the post-war era of the Atlantic Charter and the United Nations, he too had to confront the rooted idea that Africans were innately unsuited to the institutions and amenities of European "civilisation".

His ordeals as an attorney in the courts of apartheid again drove home the point that, in the minds of most South African whites, he could do nothing to expunge the indelible taint of his race.

As leader of the Indian National Congress, Gandhi was jailed for two years for sedition in 1922, for another year during the Salt Satyagraha of 1930 to 1934, and from 1942 to 1945, after calling for all Indians to lay down their lives for independence.

His personal bravery was highlighted by the circumstances of his assassination: despite an earlier failed bomb attack by Hindu extremists, he refused to strengthen his personal security.

Official harassment seems to have hardened his determination to drive the British out of India. Some scholars have even suggested that he grew sceptical of the efficacy of passive resistance, and tacitly approved of the widespread sabotage of government buildings and other symbols of colonial rule sparked by the "Quit India" campaign.

Gandhi's conception of the nature of the struggle he was waging also underwent a progressive change. Always focused on the plight of Indians, rather than other downtrodden groups, his main concern in South Africa was to unfetter the merchant and professional elite from onerous immigration, registration and other restrictions.

But once back in India, he began organising among the poorest of the poor, including urban labourers and peasant farmers, targeting land taxes and the farming of export crops such as indigo amid famine.

One consequence of this was the growing mass base of the independence movement – during the pre-war Salt Satyagraha at least 80 000 Indians were jailed.

The only way was violence
​Mandela, too, was driven to an increasingly radical posture by arrests, bannings and political trials. In contrast with the Gandhi of the South African phase, he never believed in the power of petition to move the immovable. Indeed, his main quarrel with the ANC old guard in the 1940s was their belief that change could come through the "toy telephone" of the Native Representative Council.

He quickly graduated from the idea that South Africa's racial rigidities could be shifted by Gandhian nonviolent satyagraha, premised on the belief that the oppressor could be shamed into recognising a common humanity with the oppressed.

Shortly after the failure of the 1952 Defiance of Unjust Laws campaign, he and Walter Sisulu were carpeted by ANC leaders, including Albert Luthuli, for travelling to mainland China to discuss revolutionary war.

By the time of the Rivonia Trial, Mandela was convinced that only violence could bring the apartheid state to its senses.

His uncompromising stance was epitomised by his decision at the trial not to submit to cross-examination – which would have improved his chances of escaping the gallows – and to use the dock as a platform for a ringing declaration of revolutionary intent.

It is over violence that the two leaders most clearly part company. There is no evidence that Mandela was ever a pacifist out of principle, and his move from nonviolence to violent resistance appears to have been purely tactical.

He was apparently a Christian of the nondoctrinaire type, and the Christian ethics he imbibed as a child in rural Transkei may have influenced him. But there is little to show that any religious system governed his political thinking.

Differently brilliant
For Gandhi, by contrast, political theory and practice were anchored in Hindu mysticism. In a fascinating paper on the nature of his activism, former trade union leader Jay Naidoo quotes him as saying: "I think of my love for the Motherland as an aspect of my religion."

His belief in the sinfulness of interpersonal violence led him to extreme positions. He once suggested that, rather than fighting back against their Nazi persecutors, Jews should have committed mass suicide to arouse the world's indignation.

In his 30s, Gandhi took the vow of bramacharya – extirpation of sexual desire – and on principle avoided all exclusive loves and close friendships because they were a temptation to wrong action. It is said that, at his death, his personal possessions would not have fetched £5.

Despite finally gravitating towards violent struggle, and the enormous self-discipline he showed over 26 years on Robben Island, Mandela would not have been capable of such ascetic detachment. He was at heart a kind man with the normal range of human appetites and emotions, including a strong capacity for love, loyalty and friendship.

Both men were unifying figures whose absence of rancour and vengefulness enabled them, as George Orwell put it, to disinfect the political atmosphere in their respective countries. There are strong parallels between Mandela's deliberate moves to bridge South Africa's racial fractures and Gandhi's fearless personal campaign, during the turmoil of partition, to protect Muslims from sectarian violence. But in fundamental ways, they were contrasting figures. As Orwell argued, Gandhi was a saint – whereas Mandela was perhaps the greatest humanist leader of his age.

Editorial: Fifa must say no to cagey Tokyo