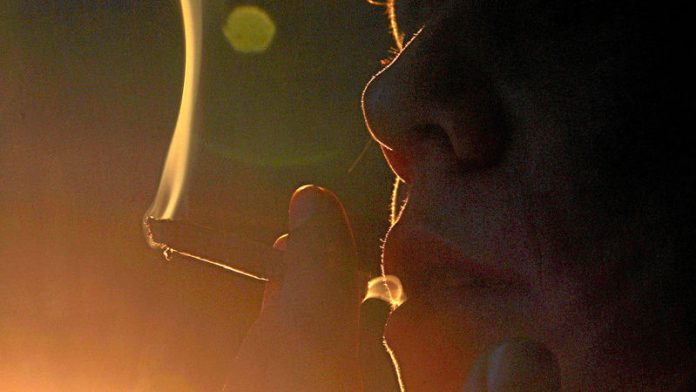 British American Tobacco’s profits continue to rise at an impressive rate, although its sales in cigarettes and tobacco have declined and have been doing so for at least the past decade.

Half-year results, released in July, show profits from operations are 3% up at £2.8-billion. But group cigarette volumes were 3.4% down at 332-billion and total tobacco volume was 3.2% lower.

Analysts approached by the Mail & Guardian all see value in the stock and do not appear fazed by the continual downward trend in tobacco sales, despite the fact that it is a one-product company.

One analyst quipped: "Sin still sells", but Wayne McCurrie of Momentum Wealth said there are several reasons why the company, listed in both London and Johannesburg, continues to perform well on the JSE. "When it comes to South African investors, the BAT is a good buy because it’s a good rand hedge," McCurrie said. "With the rand weakness, companies with a good rand hedge always do well."

BAT makes money and is seen by the markets as very predictable. It has a dividend yield of 3.64%, with its last payout in July being R45, and it is represented in 180 countries.

It also has a price-to-earnings ratio of 19 (compared to closest competitor SABMiller’s 26.27), which, analysts say, is the result of high dividends and taxes levied on its products, as regulators try to reduce the number of smokers.

But it is not a cheap share. Its counterparts SABMiller, Richemont, Naspers, Sasol and MTN all are dual listed, with large offshore exposure, and profits generated overseas translate into higher rand earnings when the currency weakens.

The bulk of BAT shares on the JSE – nearly 90% – are held by foreign investors, which reflects their earnings: 23% comes from North and South America, 23% from Western Europe, 27% from Eastern Europe, the Middle East and Africa, and 27% from the Asia-Pacific area.

McCurrie said BAT has "undergone a massive restructuring", closing several smaller factories and moving its production to one large factory, which has brought down its costs dramatically.

BAT has launched a scheme to buy back its shares, allocating £1.5-billion this year for this purpose. This will reduce the number of shares on the market, which should increase the value of the shares. Some analysts see the move as an indication of the company’s confidence in its future viability.

But one said that it could also be an indication that the cash-flush company has nowhere else to invest the money, with no real acquisition opportunities.

The rest of the market is held by China National Tobacco, Imper­ial Tobacco, Phillip Morris Inter­national and Japan Tobacco.

BAT has said it is looking to developing markets for future growth as anti-smoking regulations, taxes and bans on advertising take their toll, reducing smoking numbers.

Annual results to December 2012 show that the group’s overall cigarette volumes fell by 3.7% to 160-billion, with lower volumes in Brazil, where there has been increased anti-smoking legislation, offsetting growth in Bangladesh, Pakistan and Vietnam.

In China, where the industry is largely state-owned, there are estimated to be about 350-milllion smokers, who account for more than 40% of global consumption.

Looking to cash in on this lucrative market, a BAT subsidiary in August signed a joint venture with a subsidiary of China National Tobacco in Hong Kong, giving the new venture, CTBAT International, worldwide rights to the international cigarette trademark State Express 555, known as 555, and China’s leading brand, Shuang Xi.

But annual results for the year ending December 2012 show that volumes are down in developing countries, with the Asia-Pacific region showing a year-on-year decrease in volume to 188-billion from 191-billion in 2011, and in the Eastern Europe, Middle East and African region, a decrease to 235-billion from 236-billion the year before.

Ian Cruickshanks, an analyst for Nedbank Capital, believes the consumption of tobacco products will remain relatively high in developing countries for some time to come, "even if taxes increase in China, the biggest consumer of cigarettes". He said lower income groups and young people will continue to smoke cigarettes.

McCurrie said BAT’s premium brands, such as Kent, Dunhill, Lucky Strike and Pall Mall, have a very strong following and are viewed in developing countries as status symbols. In fact, the company’s results show that earnings from these brands grew in both volume and market share, with Lucky Strike seeing an 11% volume growth. The other three saw between 1% and 3% growth, but off higher cigarette sales than Lucky Strike.

The overall number of cigarettes across the group fell, but this was offset to some extent by a price increase.

The company has realised that the emerging markets can only continue to yield profits for so long, so it is investing in research for next–generation products.

A few months ago it launched Vype, an e-cigarette brand – a battery-powered device that simulates tobacco smoking. It uses a heating element that vaporises a liquid solution. Some solutions contain a mixture of nicotine and flavourings, and others release a flavoured vapour without nicotine.

BAT’s director of corporate affairs, Kingsley Wheaton, told the Telegraph that the company expects the product to outdo similar brands. "For us, it’s a natural extension of where we are trying to go in harm reduction. We believe it will create profitable growth over time," he said.

The company faces continued efforts by the anti-tobacco lobby to reduce the number of smokers.

This month, Australia will become the first country to require cigarettes to be sold in plain olive packets with no logos but including health warnings.

The companies claimed that the laws unlawfully extinguished the value of their trademark without providing compensation.

In November, Britain announced that it has appointed a paediatrician to examine whether plain packaging would reduce the human and financial cost of smoking, after the government initially appeared to be against the decision.

Cruickshanks said, in many cases, particularly among the youth, the brand is often the major drawcard.

BAT’s SA business in a nutshell

• BAT South Africa was the result of a merger between Rothmans International, partly owned by the Rembrandt Group, and London-based British American Tobacco.

• BAT South Africa is the leading tobacco manufacturer in South Africa, with a market share of more than 85% of the legal cigarette industry.

• Its Heidelberg factory produces about 27-billion cigarettes annually for domestic and international markets.